Indiana State Police are cracking down on slow left-lane drivers 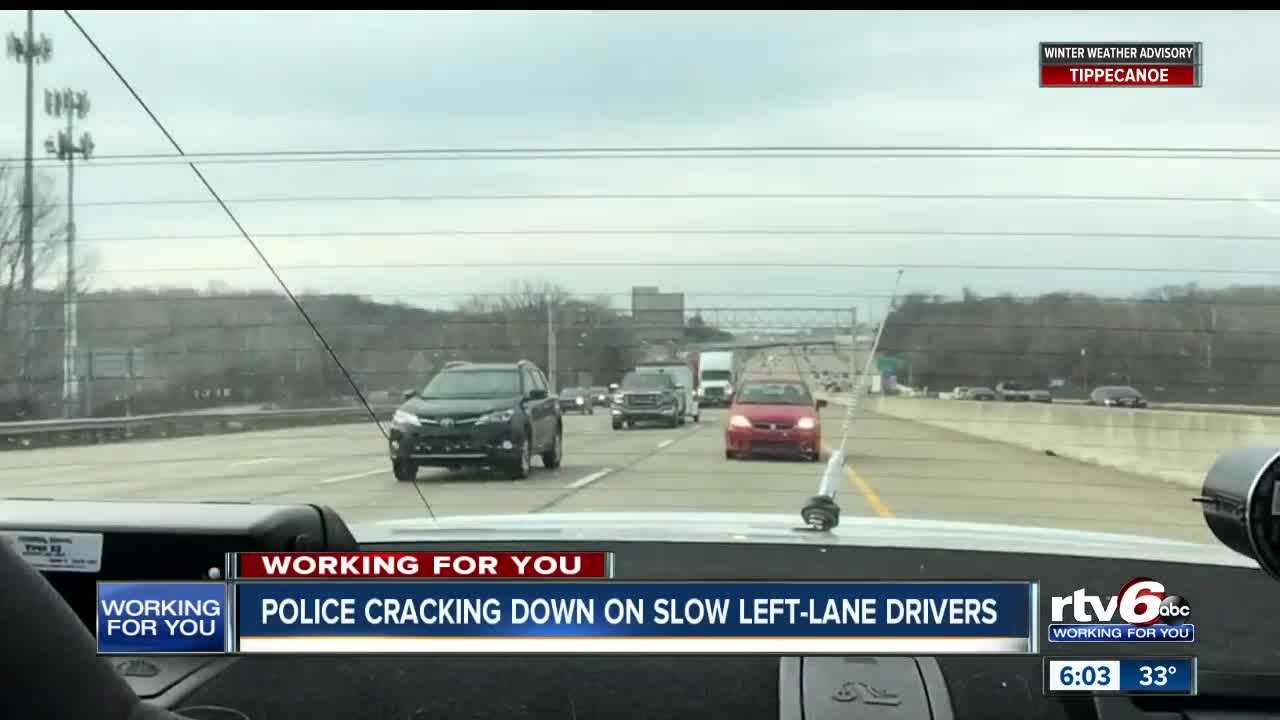 INDIANAPOLIS — We've all experienced it before: you're trying to get to work in the morning, and someone is driving slow in the left lane, clogging up traffic.

This creates a multitude of problems.

In 2015, a law took effect in Indiana, giving fast drivers the right-of-way in the left lane. This way, police can cite people who are driving to slow.

RTV6 rode along with ISP on Thursday, and Trooper Pfaff pulled people over for this very issue. The RTV6 newsroom obtained records showing ISP handed out 87 tickets in 2017 for left lane violations, 132 in 2018 and gave over 1,000 warning last year.

"I think it's something I don't think people are taught," Trooper Pfaff said. "So, unfortunately, I think some people are going to learn a lesson by being pulled over."

So let this be your lesson that the best way to avoid getting a ticket - or causing other problems on the road - when there's an opportunity, move over.

RTV6 also asked the Indiana Department of Transportation how they try to alert drivers to this law. INDOT said they periodically use messages on their overhead boards to help raise awareness about the left lane. They rotate these messages with other safety and travel time information.