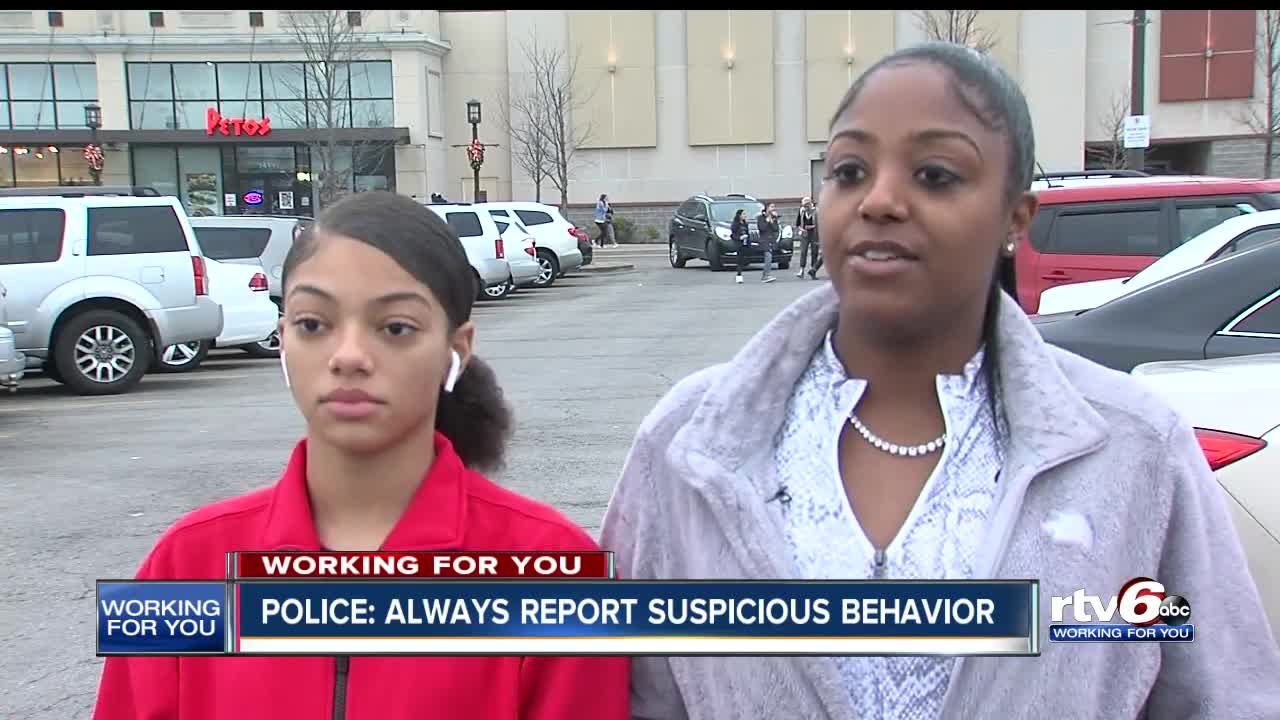 A post has been shared and seen by hundreds of people on Facebook. In it, a woman claims she and her friends were harassed, followed, and recorded while at Castleton Square Mall.

INDIANAPOLIS — A post has been shared and seen by hundreds of people on Facebook. In it, a woman claims she and her friends were harassed, followed, and recorded while at Castleton Square Mall.

In the post, which has been shared nearly 1,400 times at the time this story was written, the woman claims she was followed by several guys who were hanging out near the kiosks where lotions and perfumes are sold.

She says this happened two times, the men recording them and even waiting for them outside of the bathroom. She went on to say police and mall security told them the men were involved in sex trafficking.

The Indianapolis Metropolitan Police Department says the incident has not been reported to them, despite the person claiming she told police and the mall security. IMPD says they even checked with the FBI because they handle sex trafficking cases and still, nothing.

RTV6 reached out to the person who made the social media post, but have yet to hear back from her.

On Saturday, Shalonda Gilbert, who was shopping with her daughter and her daughter's friend, said they didn't have any issues and felt safe.

Gilbert says she reminds them not everything on social media is true, but to always be cautious.

"I just tell them to be careful about myths and things that are not real, not happening in the world," Gilbert said. "However, I do tell them to watch their surroundings and to always be careful."

IMPD is reminding people to always report anything suspicious. If you report it, they can investigate it. If it turns out to be true, they can stop it from happening to someone else.

RTV6 reached out to the mall about the incident and they had IMPD respond to our request.