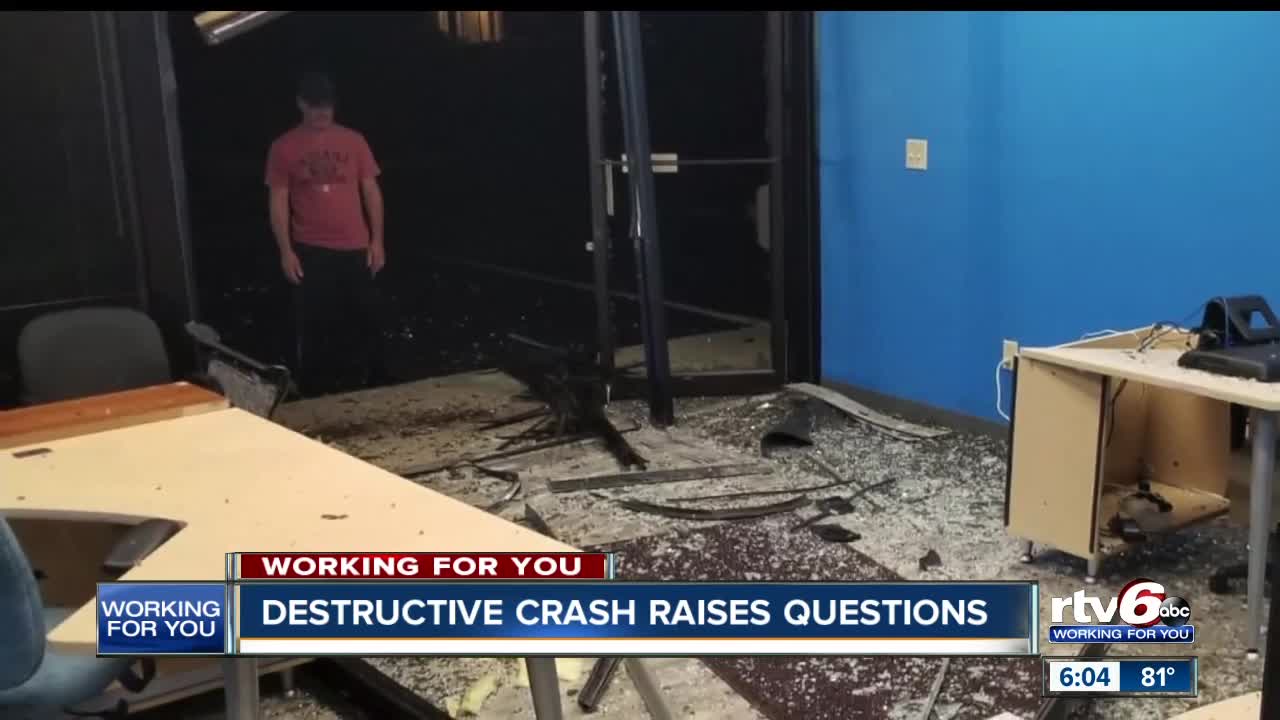 A vehicle slammed in a Carmel business and many questions have been left unanswered. 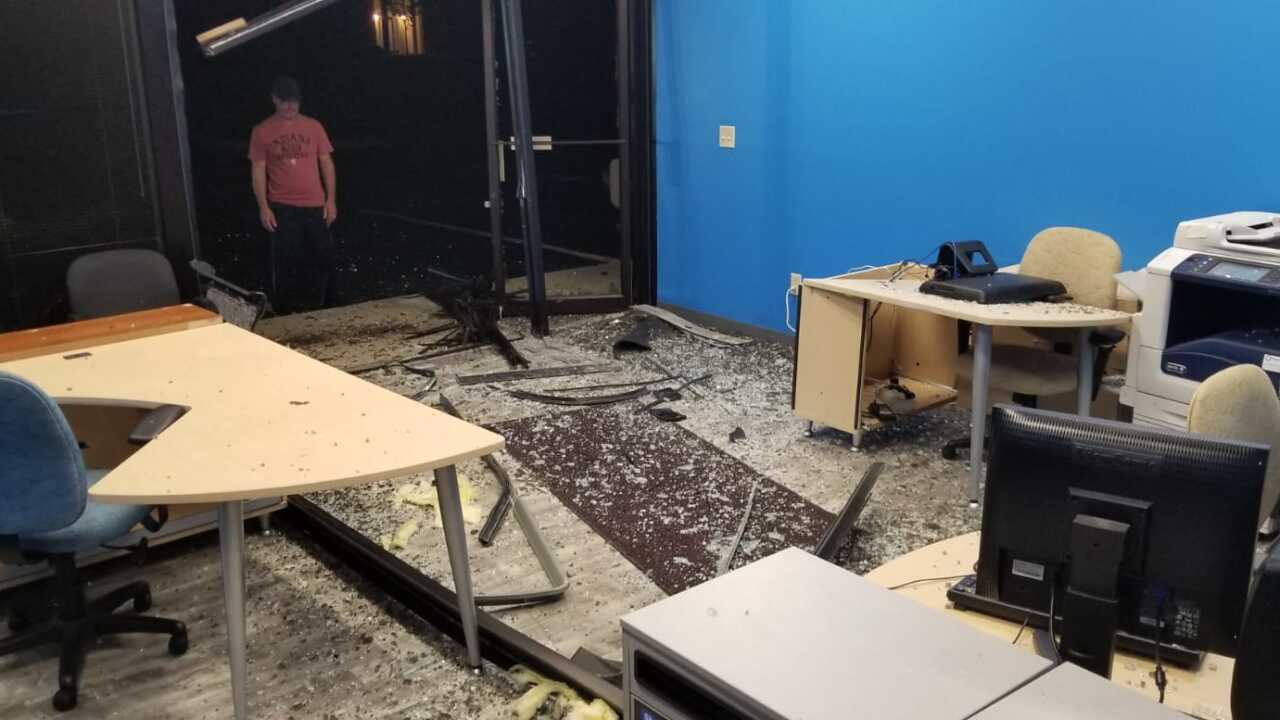 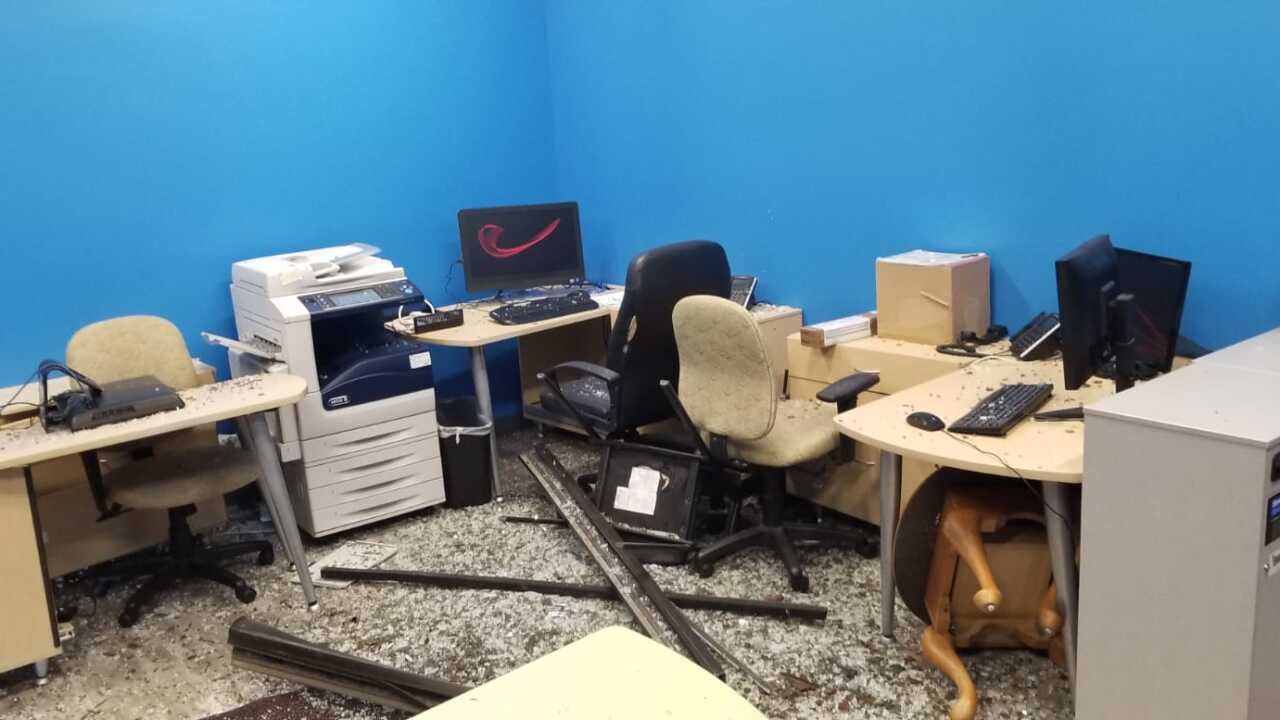 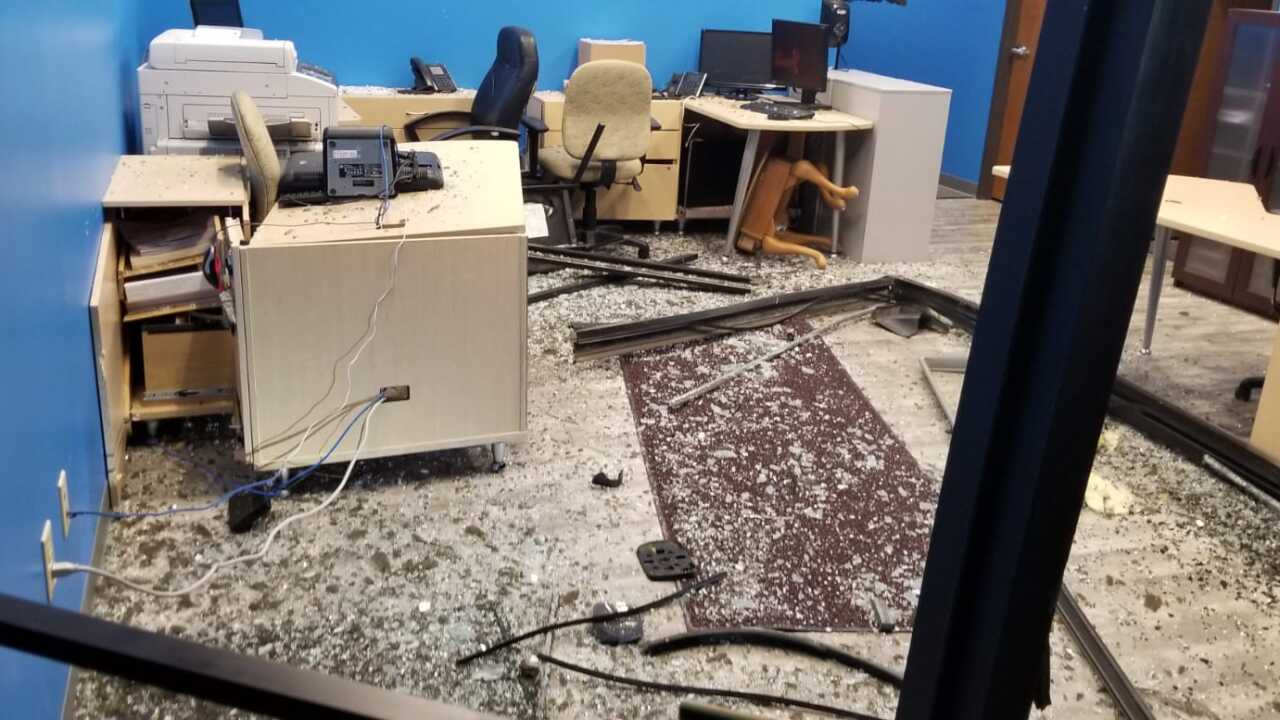 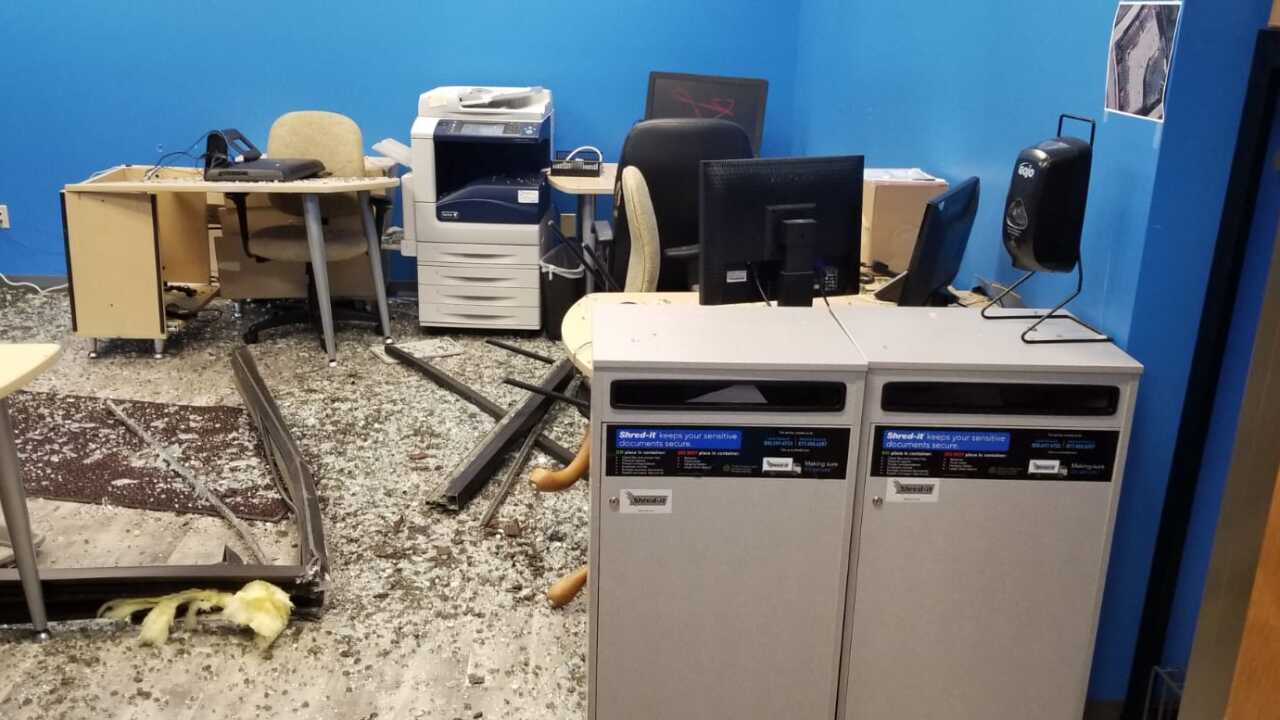 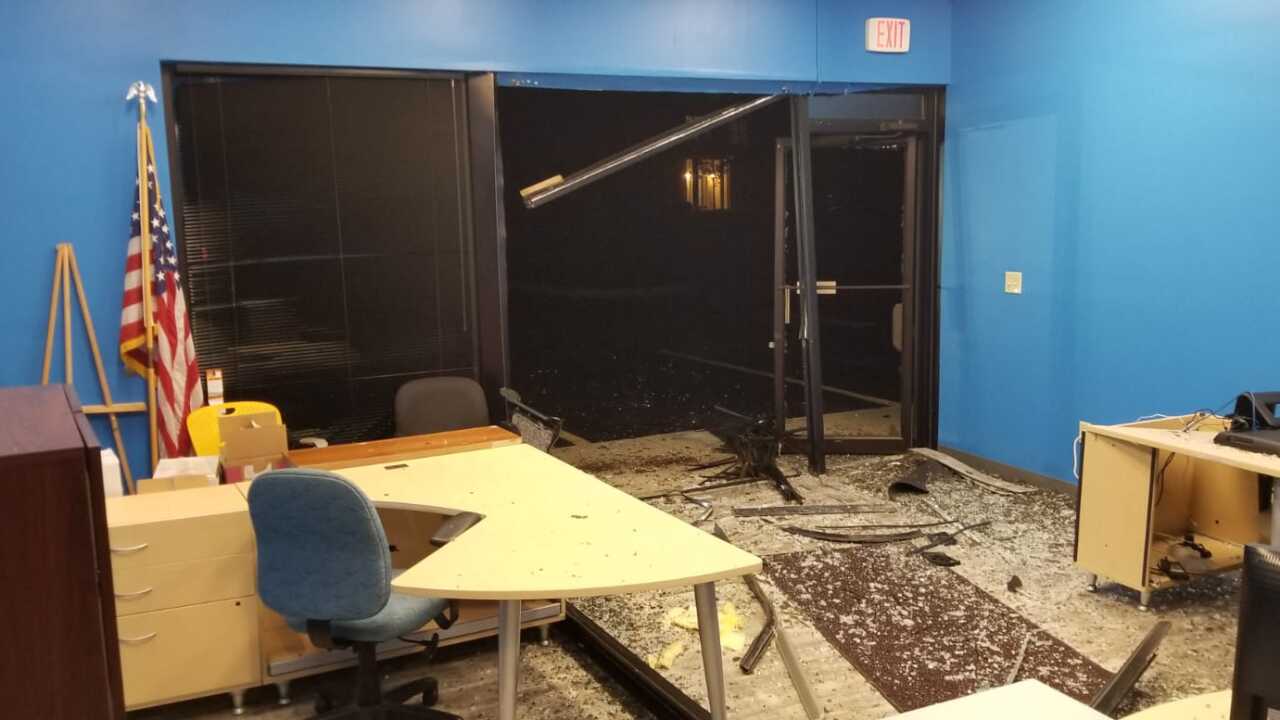 CARMEL — Employees at a business in Carmel are still cleaning up a big mess after a vehicle slammed into the front of their office on Wednesday. The attempted burglary is leaving questions about why their location was targeted, especially since nothing was taken.

"It almost looked like a tornado came through here to be quite honest," Jonathan Moore, with Home Care Providers, said. "There were things everywhere: Glass was all over the floor, inside and outside."

Based on all the damage and tire tracks on the floor inside of Home Care Providers, Moore says police believe a vehicle slammed into the office.

"Walls were damaged, desks were damaged, equipment was damaged — ven data ports that you plug your phone and computers into were damaged, as well," Moore said. "All of those things have to be replaced or fixed."

Home Care Providers is an organization that provides support for patients in their homes all across the country. The Carmel site is a corporate office.

Moore says the suspects didn't take anything form inside, but now they have a big mess on their hands, and it's impacting some employees.

"We do have employees that work from home that come to the office a lot," he said. "Now they are not able to do that because the front area was used for that primarily that's a wash now."

There are some questions about whether or not the suspects intended to target the Home Care Providers Office or if they were targeting the Pinnacle Firearms right next door.

The owner of Pinnacle Firearms says it's essential to let the public know every night they go above and beyond to lock up the store and secure the firearms. Read the full statement below:

"We go above and beyond as far as security goes to lock up, store, and secure firearms. There is nothing anyone could walk in and pick up. Every evening, everything gets put away, and every morning, it gets brought back out."

Even if the thieves were able to make it inside of the store, the owner says he is confident they wouldn't have left with any guns.

"We don't want to speculate and bring anybody else into it. We don't understand why we were targeted," Moore said. "We are just as shocked as anyone else."

However, the Carmel Police Department has determined that the vehicle driven into the business was reported stolen in Indianapolis earlier in the day Wednesday, the same day as the attempted burglary. Carmel police say that three suspects are believed to be involved, two of which are males.

If you have any information regarding this case, please contact the Carmel Police Department Criminal Investigation Division at 317-571-2551 or Crime Stoppers at 317-262-8477.