Pothole on Indy's north side looks more like doggy pool 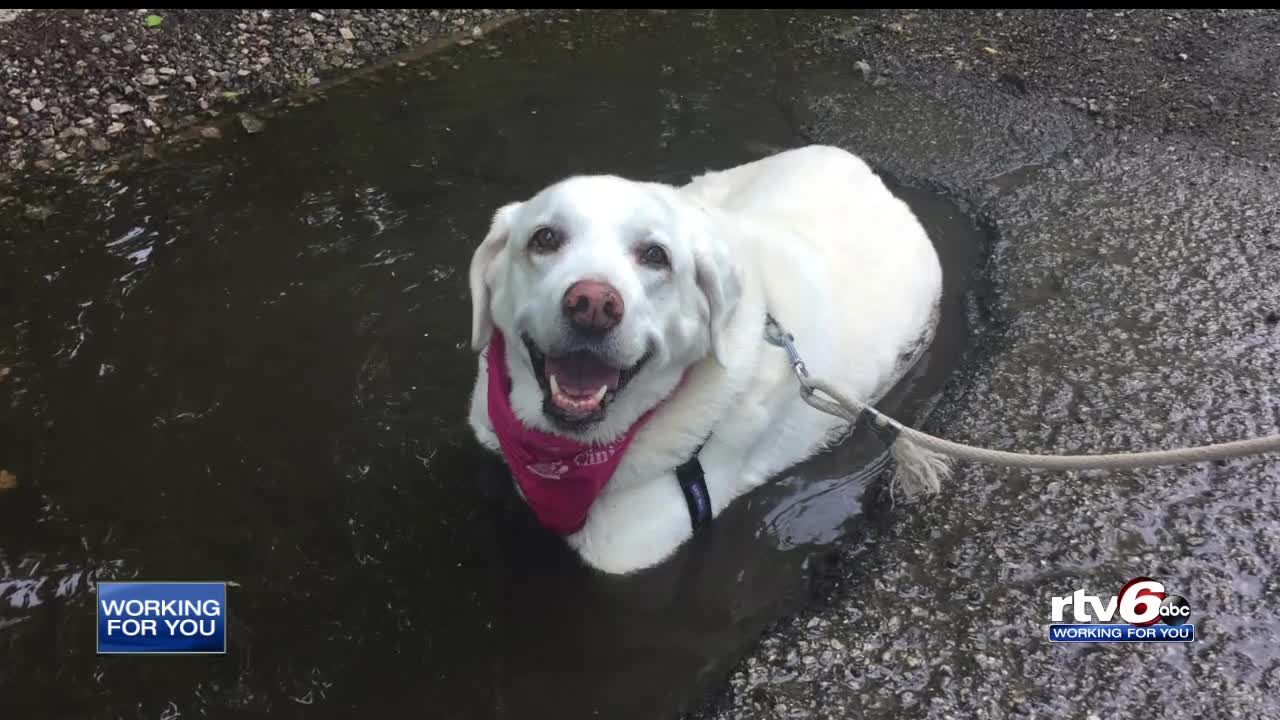 How big is this pothole? Big enough for Maggie the dog to fit her entire body into it. 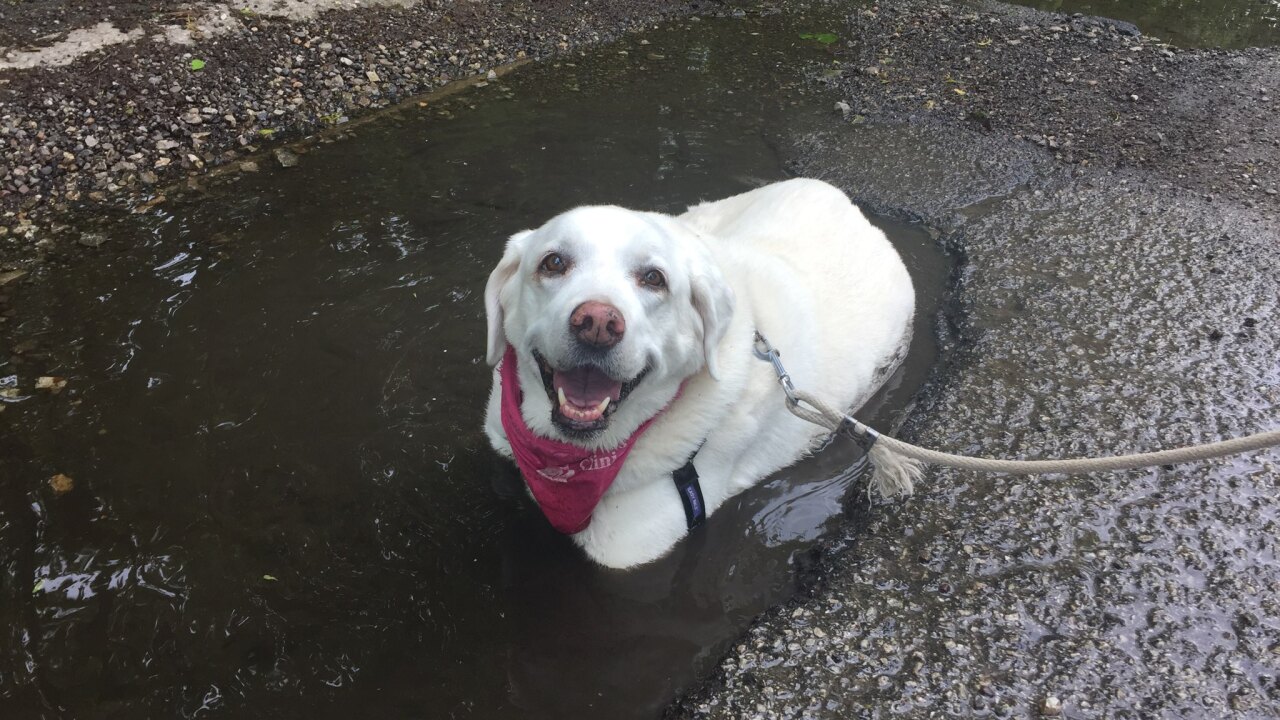 INDIANAPOLIS — A picture posted through RTV6's social media accounts on Tuesday really put a pothole problem on the north side of Indianapolis in perspective.

In a neighborhood near the Pyramids in College Park, this pothole looks more like a doggy pool.

Marie Farrell says her dog, Maggie (pictured above), can fit her whole body in the pothole.

Several other neighbors also shared their frustrations with RTV6. They say several big potholes make the residential roads unsafe for cyclists, runners and walkers — and especially for kids.

"It's just really dangerous, and we don't have a lot of good lighting at night, we don't have streetlights in here," Farrell said. "It's kind of like a campground, so it's pretty dangerous for walking and driving."

"I trust Mayor Hogsett's going to take care of it," Cynthia Babb, a neighbor who has reported the pothole several times, said. "I really hope he will."

The large pothole is at the end of Babb's driveway.

Officials told RTV6 there are open requests in the area.

RTV6 will continue to follow up until a solution is reached.