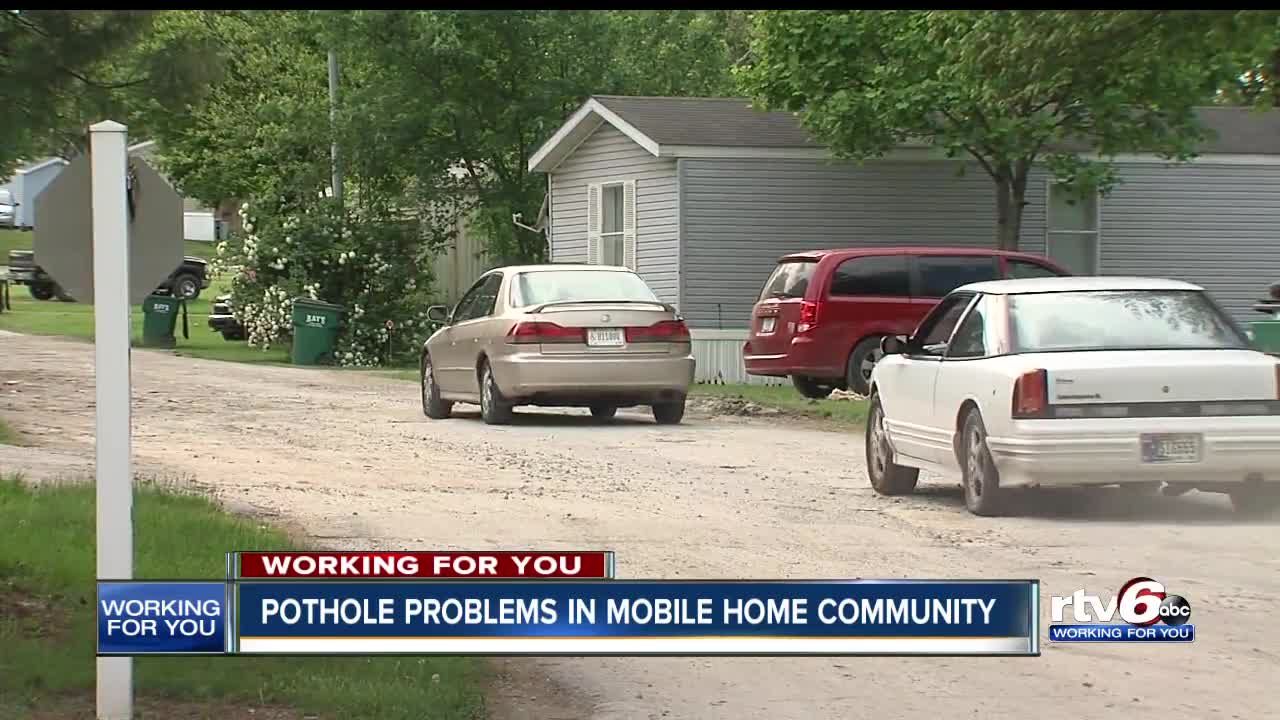 Residents of a mobile home community are frustrated with the potholes in their neighborhood.

MOORESVILLE — Warmer weather has made it easier for road crews to fix potholes, but that's why people living in a mobile home community are so frustrated. The potholes in their neighborhood are only getting bigger.

Drivers have difficultly entering the Mooresville mobile home community from Old State Road 67. Residents said it's been like this for months, and they're ready for a change. Sheril Smith is tired of dealing with it.

"What we have is — all of this — potholes," Smith said. We've got kids out here and we have to go up in the yards and stuff to go around the potholes."

And it's causing problems for her family, as well.

"When I drive through here, I have my dad in the car. He's 83 with dementia and Alzheimer's. I can't bounce him through the car like that," Smith said.

She said the potholes have gotten progressively worse over the past six months.

"It's been pothole-ly ever since I moved in four years ago," Smith said.

Smith said she has asked management of the mobile home community to do something.

The company said the roads on the property are private and their responsibility. They referred us to a corporate number, but they have yet to respond for comment.

After interviewing Smith, someone came and kicked us off off the property, refusing to answer any of our questions about the roads.