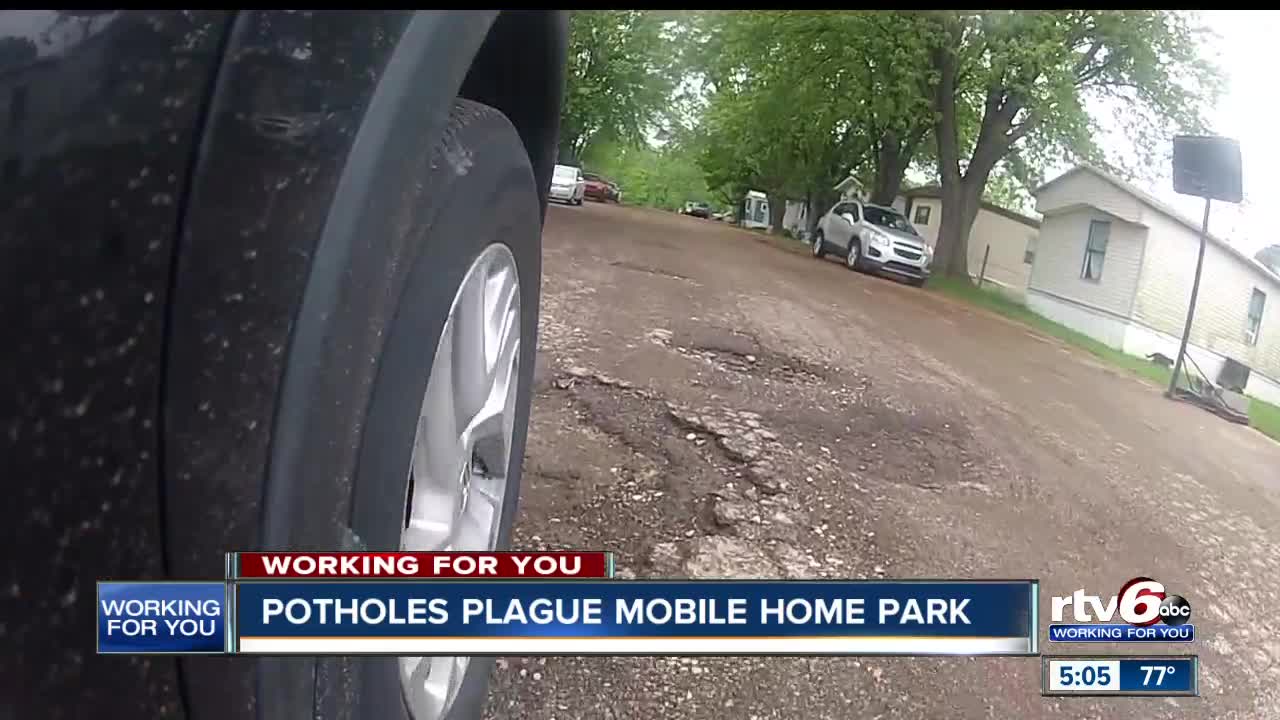 People in one community are tired of their property managers raising rent, but the roads leading to their homes are still plagued with potholes.

MOORESVILLE — People in one community are tired of their property managers raising the rent, but the roads leading to their homes are still plagued with potholes.

It's almost unavoidable. When driving in or pulling out of the Sunset Court Mobile Home Park in Mooresville, drivers are bound to hit the potholes. Neighbors say this has been going on for too long.

"Somebody's going to fall and get hurt. We've asked them and asked them, and I've asked them for the last three years," Sean Belfire, who lives in the mobile home park, said. "I've sent emails to them; they've not taken care of the problem."

For these people who live at Sunset Court Mobile Home Park, they're used to dodging potholes as they pull up to their homes.

"I'd like for them to fix it. So somebody doesn't come out here and fall," Belfire said. "There's kids that ride up and down through here, and they can't even ride up and down because of the potholes."

In some cases, knocking cars out of alignment.

"And they keep raising the rent, but they're not doing anything," Belfire said.

Property managers are aware of the issue when they addressed it in an email about six months ago.

RTV6 reached out to management on Thursday, and they said the following:

"We do carry out periodic maintenance/filling of potholes at the park, which is typical for these kinds of roads. We just filled several a few months ago and will be addressing any new ones created over the recent rains."

"I just wish they would do what they promised to do," Pfeffer said. "It would make life so much easier for everybody in here."