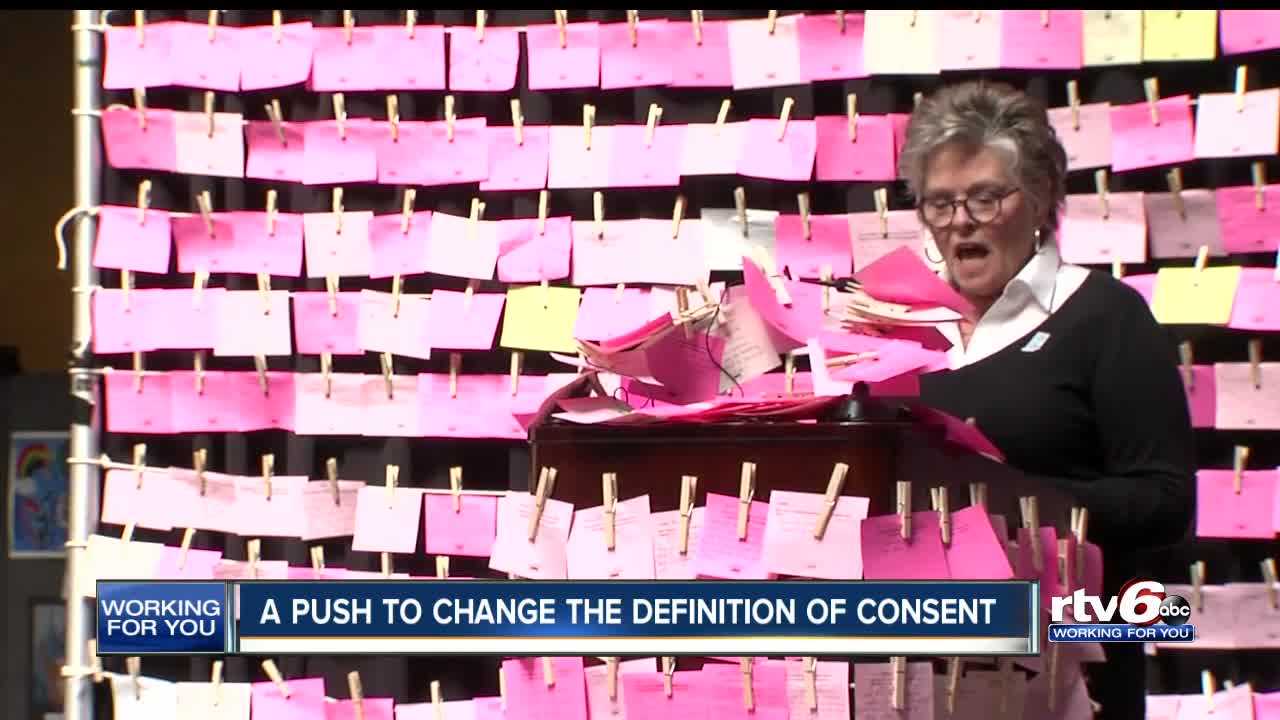 The push for a state law that defines consent continues even after the issue didn't get a hearing during the Statehouse's session. 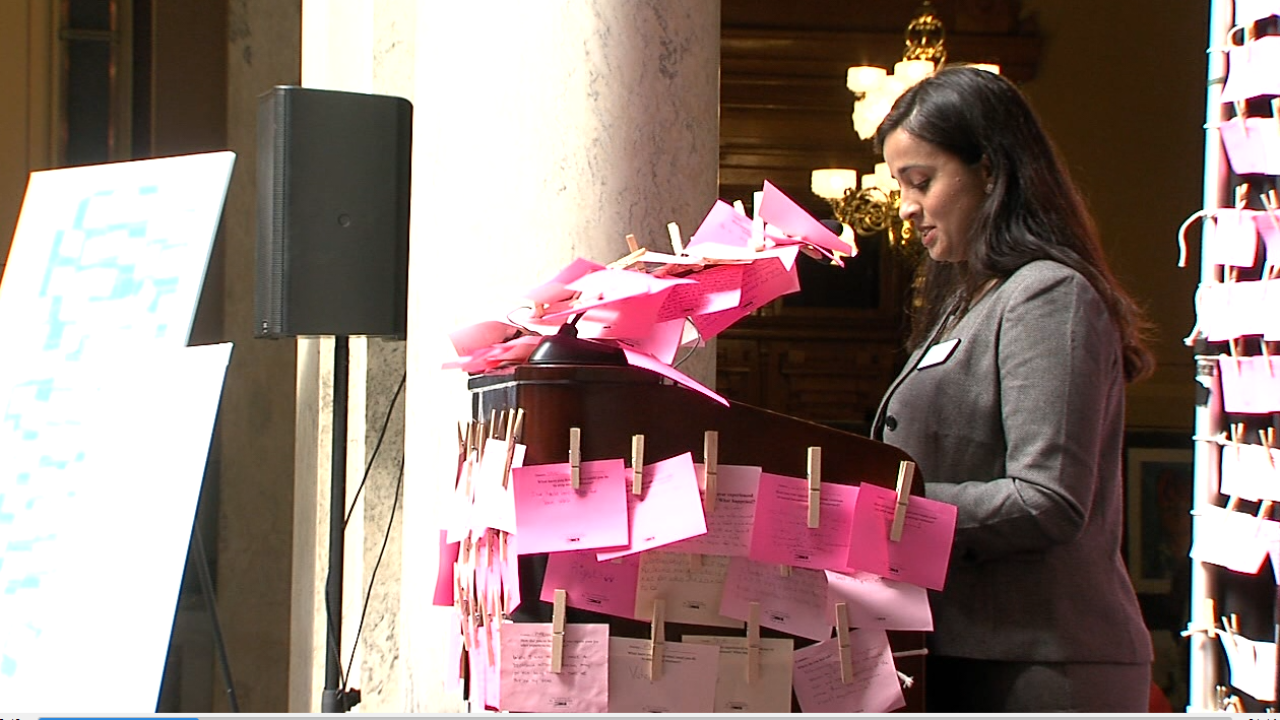 INDIANAPOLIS — House Bill 1160, which would have clearly defined consent for an offense involving a sex crime, did not get a hearing during the legislative session, but lawmakers attended Women4Change's event Thursday pledging they support their cause.

The postcards are part of The Clothesline Project.

"Currently in Indiana, no doesn't mean no," she said.

Shahid said that doesn't go far enough to cover all situations someone could find themselves in where they feel like they were raped, but have no legal recourse.

"As parents, as families, we want to do everything we can to protect our children, and it's unfortunate that the law is not on our side right now," she said.

Domestic violence and sexual assault survivors spoke at the Statehouse, while those who can change the law listened.

"We had a number of lawmakers, men and women from both sides of the aisle that came out to support our initiative," Shahid said. "We're going to continue to gather those postcards so that come January, we can go to our lawmakers and say this is how many postcards we have on behalf of Hoosiers across the state. That'll really send a clear message that we need to pass comprehensive consent legislation."