Raw sewage forced some residents out of one Indianapolis townhome 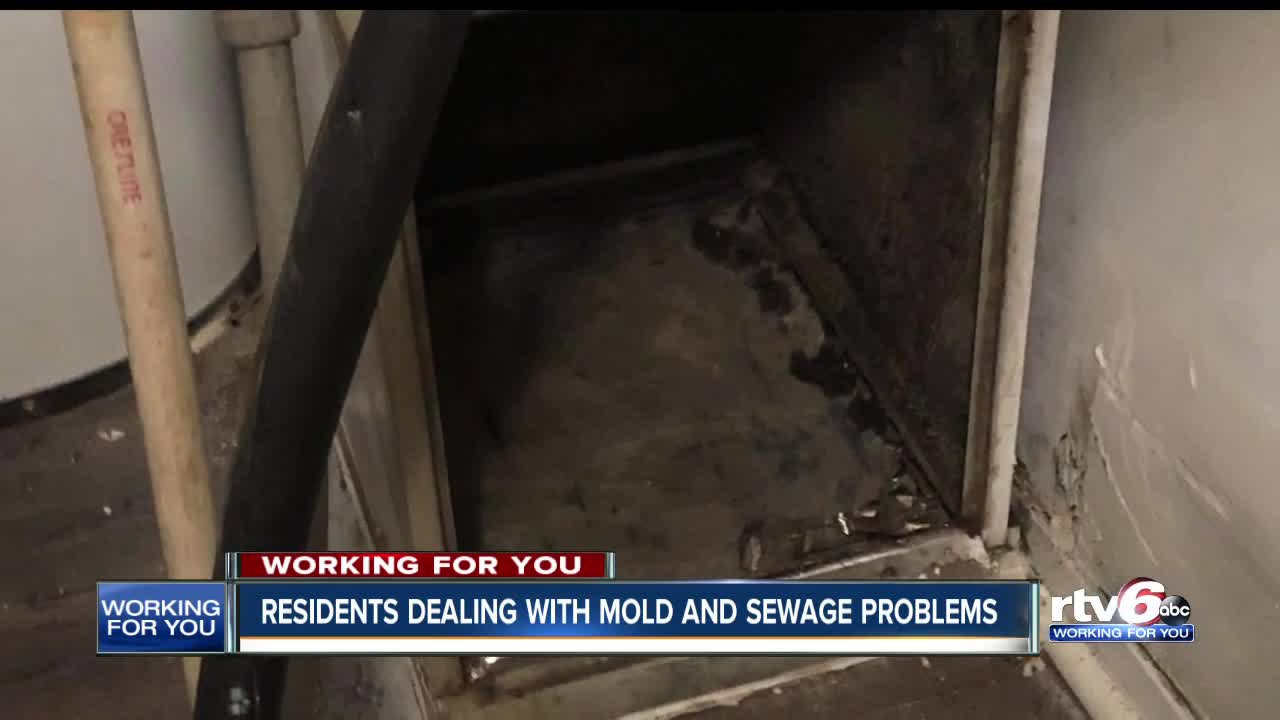 Residents of one apartment complex in Indianapolis say they are dealing with disgusting smells and dangerous conditions.

INDIANAPOLIS — Residents of one apartment complex in Indianapolis say they are dealing with disgusting smells and dangerous conditions.

Residents at Horizon Apartments on the southwest side of the city say there's raw sewage leaking under their townhomes, causing mold to grow inside.

Nicole Miers and Jason Peace moved into in their townhome since May and started noticing the smell about four weeks ago.

The smell eventually forced them to move out of the house with three children. They say they reached out to the apartment's management, but their complaints were ignored.

"We had to crack all the windows in the apartment and freeze out," Miers said. "We had no heat and it was the only to get through the heat without it smelling bad."

A spokesperson for the Marion County Health Department says the entire building was cited for a sewage issue on Friday and was scheduled to be reinspected today. Some of the mold was removed by maintenance crews, but pictures show mold growing in the furnace.

The health department has not seen pictures appearing to show mold growing in the ceiling, and a ceiling collapsed in another unit because these issues haven't been reported to them yet..

RTV6 has reached out to the apartment manager by phone for a comment and questions and is awaiting a response.