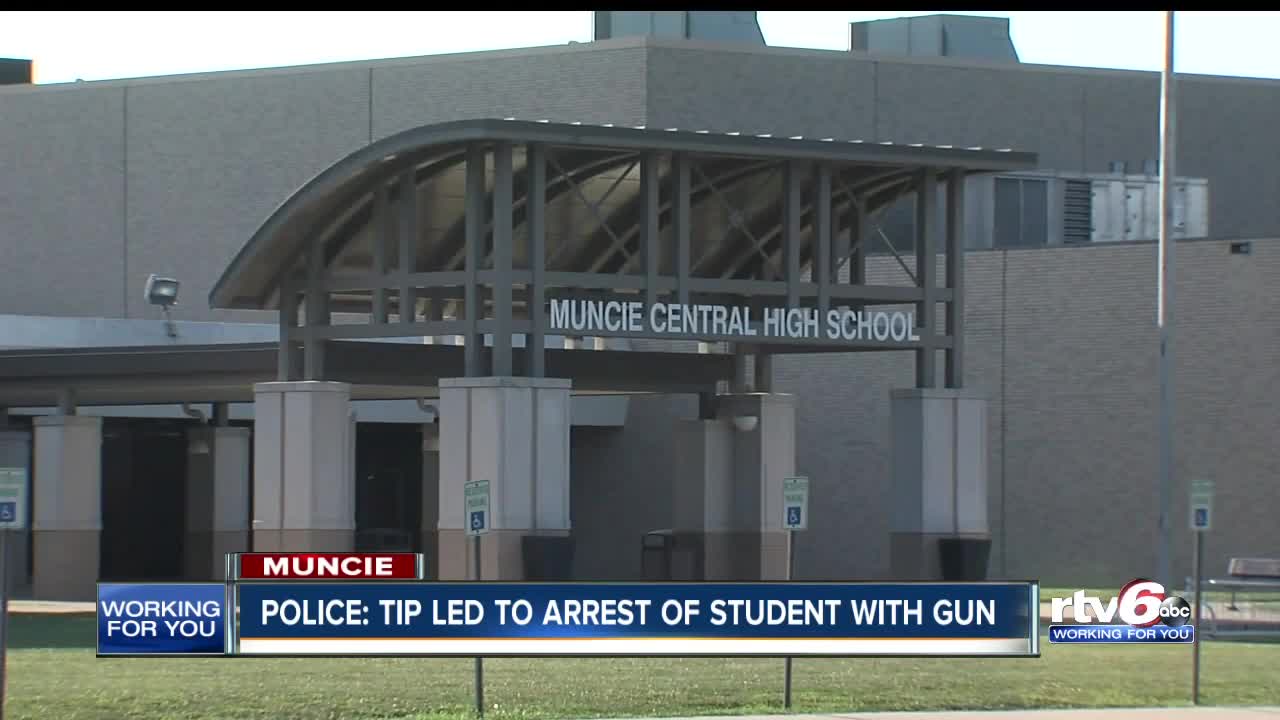 Muncie police credit the relationship students build with school resource officers every day as the reason they were able to stop a dangerous situation.

MUNCIE — Muncie police are crediting the relationship students build with school resource officers every day as the reason they were able to stop a dangerous situation.

Police were able to stop a student who was armed with a gun Wednesday outside Muncie Central High School just minutes after an officer received a tip about the boy. Police want this to serve as an example of what went right and how it ultimately saved lives.

Taylor Anthony, a senior at Muncie Central, said she was in class looking out the window as the situation unfolded.

"When I found out I was actually terrified," Anthony said. "A whole bunch of cops surrounding by a guy on the ground."

Muncie police said after 15-year-old student left class, a school resource officer received a tip he was coming back with a gun.

RELATED | Student arrested with gun after threat toward Muncie school

The school resource officer was able to notify Muncie police officers on the street and they made contact with the student on the corner Myrtle Avenue and Walnut Street. He was in custody within three minutes and is being held at the youth detention center. Charges against him have not been filed.

"She called me and told me and that scared me," Taylor's dad Randy Anthony said. "I'm really glad she's all right. I really am."

"I was scared," Taylor's mom Rita Reed said. "I kept thinking back to all the shootings that have been happening I said, 'Oh, God, not my daughter.'"

Chase Winkle, a Muncie Police Department public information officer, said they don't yet know what the student's intentions were, but it is believed to be an isolated incident and students are safe to return to class Thursday.

"I don't have anything that's released to say there was going to be a school shooting," Winkle said. "I think the fact that we know for sure he is a student and had a handgun is not a good sign."

But Winkle said this case is a perfect example of what went right, starting with someone who felt comfortable sharing a tip with the school resource officer.

"The big thing we try to get with them is get to know the students, get comfortable with students, so something like this can be told to them," Winkle said.

Anthony said it is important to have someone available students know can handle a potentially dangerous situation.

"If you can go up to someone you trust, you can tell them if they are higher up they can help them fix it better than you can," Taylor Anthony said.

It's a message police hope parents will share with all students. If you see or hear something, report it because it potentially could save lives.