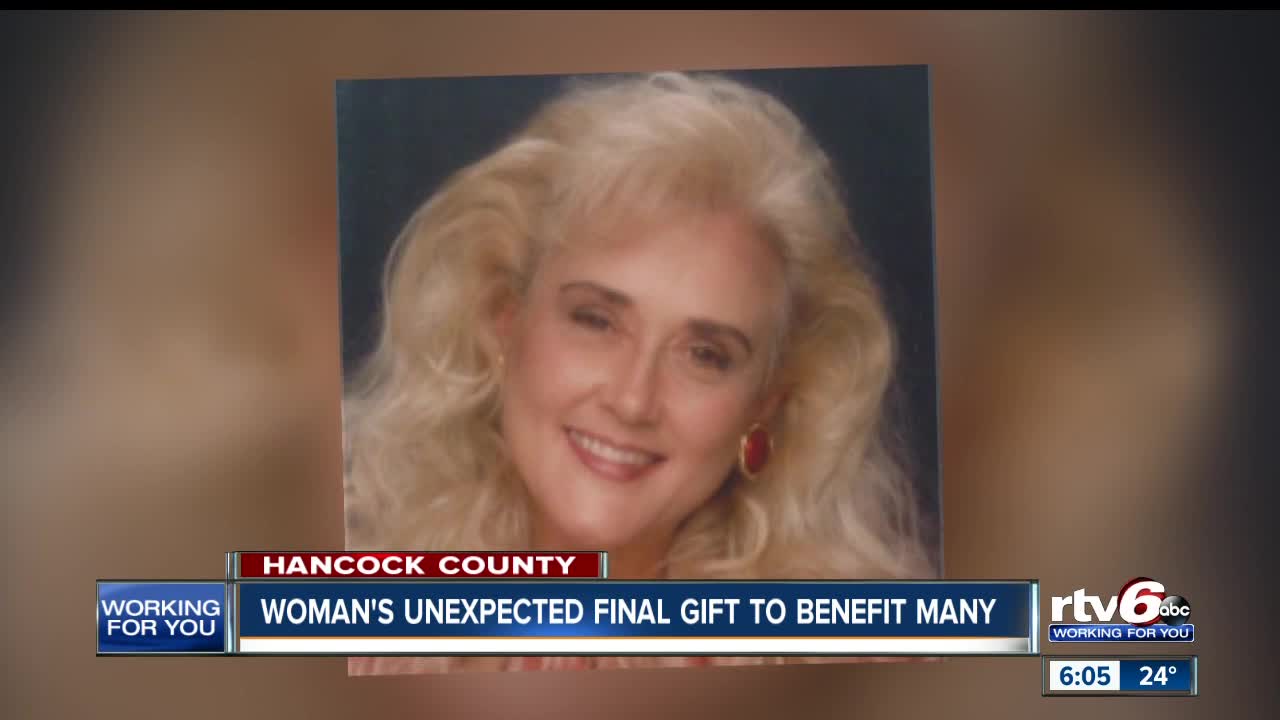 Christmas came early for one Hancock County community after a woman died and left a surprising amount of money for the community.

GREENFIELD — Christmas came early for one Hancock County community after a woman died and left a surprising amount of money for the community.

Patricia Pope, a Greenfield native, worked as a receptionist at Eli Lilly for 28 years.

"She drove a Kia and lived in $140,000 home," Ginny Brown, a Hancock County resident, said. "She was very frugal. And it was kind of a shock really that she had all that money."

She left a total of $3 million to various organizations, including the ones above.

"I guess her parents divorced when she was young, so she was unable to go to college. So she was a firm believer in education." Ginny Brown, executive director of the Greenfield Central School Foundation said.

The school district says they plan to use the money for scholarships to help graduating seniors attend college.

Because Pope was an animal lover, the money given to the police department and sheriff's department will be used for its K-9 programs.

The mayor says they will use the money given to animal management to help build a new animal control building.

"One of my goals when I came in was 'I will have you in a new place,'" Greenfield Mayor Chuck Fewell said. "I don't know how yet. But I was thinking about how and then we got notified that Ms. Pope donated this money."