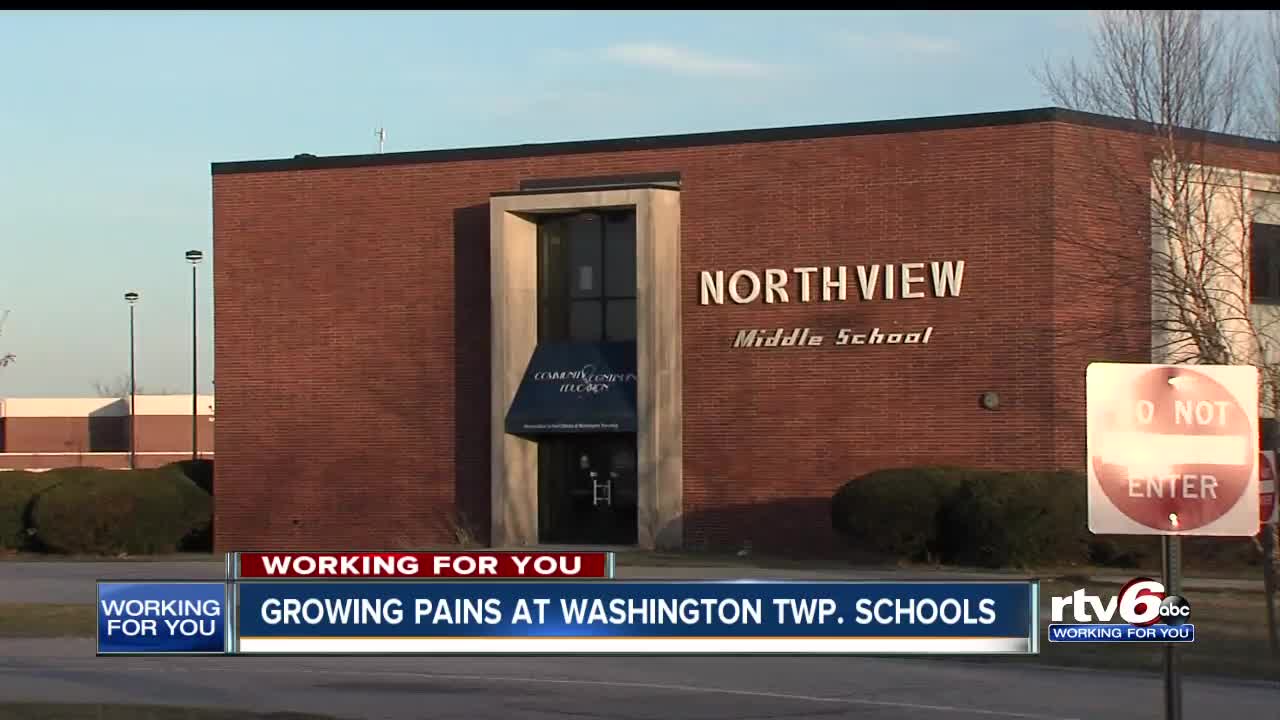 Some residents are concerned about MSD of Washington Township's possible solution as the district continues to grow.

INDIANAPOLIS — Some residents are concerned about MSD of Washington Township's possible solution as the district continues to grow.

The green space owned by the district near 91st Street and College Avenue was the proposed site for a new operations and transportation center, but after some push back from residents who live near the space, the district is planning to build a new Northview Middle School in the space.

"I moved here from Chicago and I've lived by New York City and one thing I love about Indianapolis is there was some green space," Rob Johansen said. "It feels like everyone who is in charge is saying hey green space just means dollars and I think that is horrible."

Addie Jean Haynes says they bought their house close to the current location of Northview Middle School and other district buildings.

"What I don't see the value in is an asset like the middle school and the activities and the campus for a transportation hub that is not an equal switch out" Hayes said.

If the middle school is moved to the new location, there will be enough space to keep the 145 buses in the same place, but Hayes says she doesn't want more buses in her backyard.

The Northside Community Council told RTV6 it will go as far as taking the district to court to keep buses away from the current green space at 91st Street and College Avenue.

RTV6 has reached out to MSD of Washington Township for more information on the cost of the proposed projects and is awaiting a response.