Residents on Indianapolis' east side without internet, phone service for almost two weeks 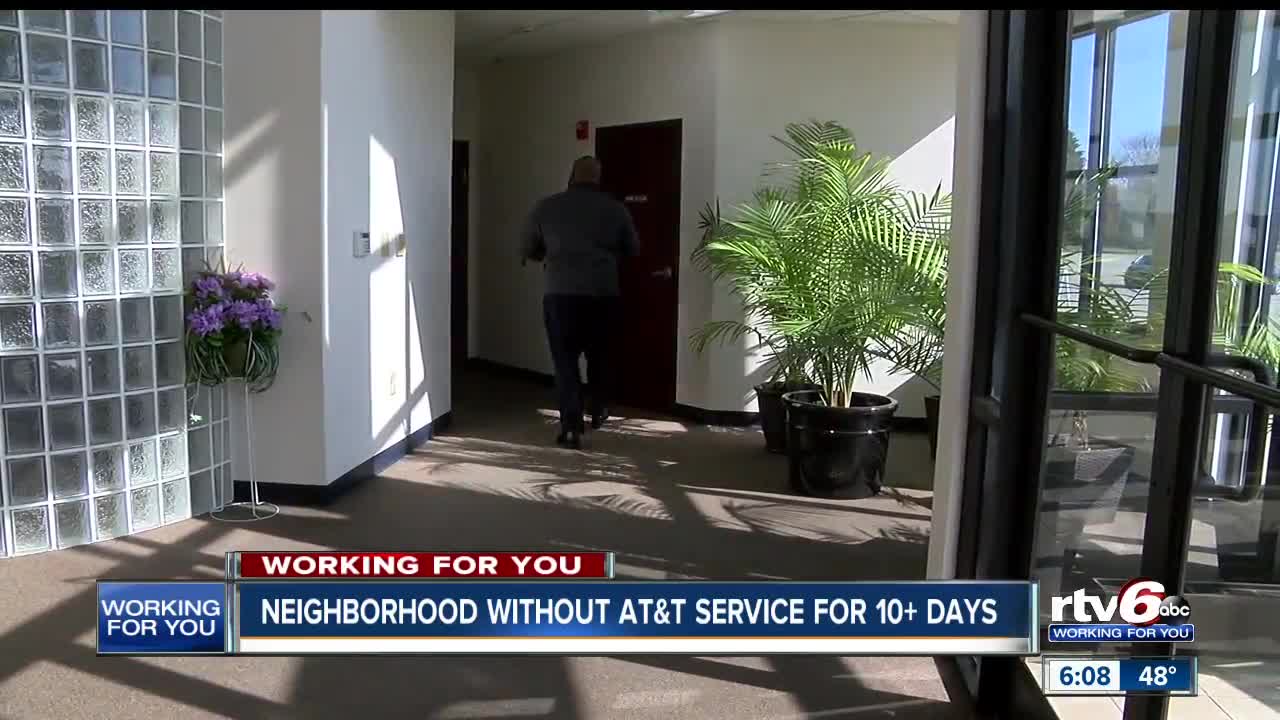 Some people on the east side of Indianapolis have been without phone or internet service from AT&amp;T for 11 days and say their calls for help have gone unanswered.

UPDATE: On Wednesday, a company spokesman released the following statement: "Service has been restored for wireline customers who may have been recently affected by a damaged copper line in the Martindale-Brightwood neighborhood. We apologize for the inconvenience and worked to get customers back up and running as quickly as possible."

INDIANAPOLIS — Some people on the east side of Indianapolis have been without phone or internet service from AT&T for 11 days and say their calls for help have gone unanswered.

Bryon Chism says they have been calling several times a day to get their services back. On Monday, Chism says AT&T told them they are waiting for permission to get access to a manhole.

"And to us, that does not sound reasonable because if we were any other business we think that the problem would've been resolved immediately and it's not only affecting us," Chism said. "It's affecting the neighborhood at large."

Some people haven't had internet or phone service for 11 days now near the Martindale-Brightwood neighborhood, a deacon at Mt. Moriah Missionary Baptist Chruch says.

"We are also impacted with our daycare facility," Chism said. "We don't have outbound communication for families. Parents to access their children. And this is a serious problem."

Chism says he was told the service would be restored by Oct. 30.

AT&T says they are looking into the issue.