Residents want to save geese from euthanasia in Carmel neighborhood 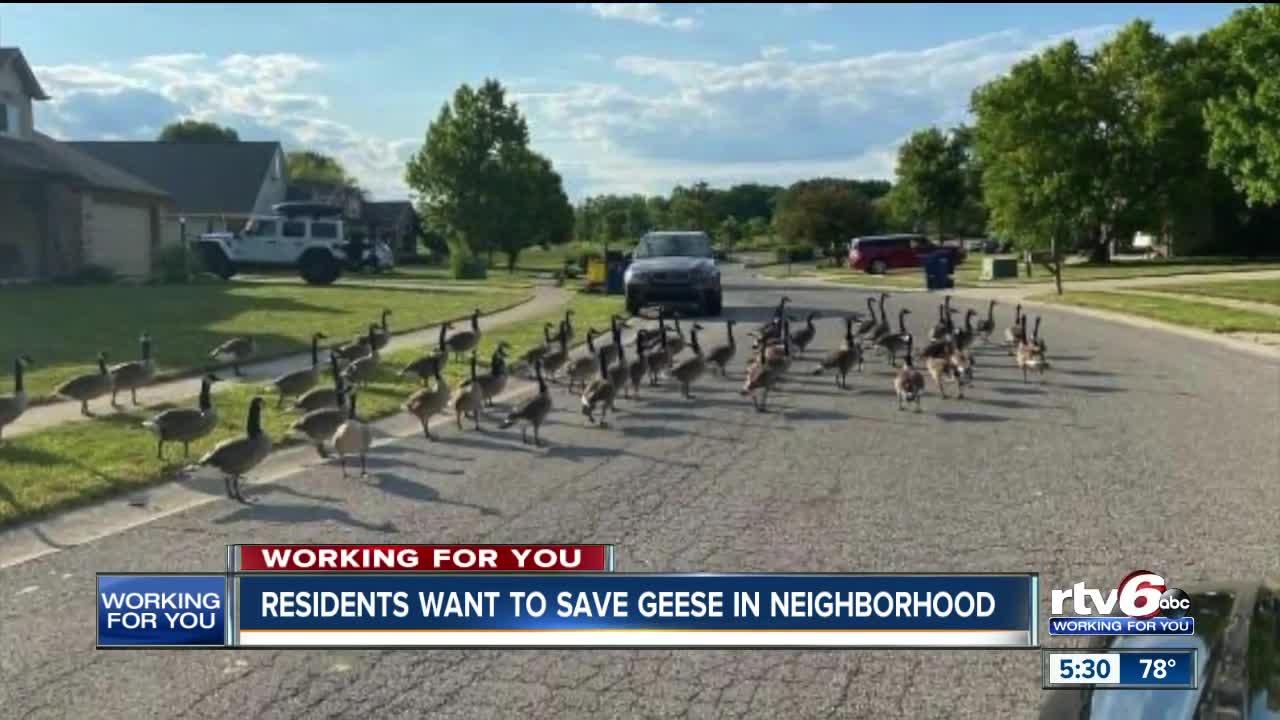 Residents want to save geese in neighborhood

CARMEL — There is outrage in Carmel over a decision to kill the geese in one neighborhood. Residents are upset because they think there are other options and they don't think their opinions were taken into consideration before the decision.

On any given day many residents may see geese crossing the street when driving around Lexington Farms in Carmel. But soon the 70 geese who roam the neighborhood could disappear.

"The board has decided with a 3 to 2 vote to euthanize the geese even though a survey was sent out to all Lexington Farms residents and 60 percent said they are not in favor of this," Danyel Boersma, a resident, said.

Boersma has called the neighborhood home for two decades. She said the geese have always been around and besides leaving behind some droppings they don't bother anyone.

"None of them will try to bite you, they are not aggressive in any way," Boersma said. "These geese come here every year, they have their families and they leave."

The geese are being considered a nuisance by the board and right now these residents are told it's a wrap since the homeowners association has voted to kill the geese it's only a matter of time before they vanish.

"Done deal," Nancy Tatum, a resident, said. "They are not going to re-vote that's regardless of the people who have said we don't want this. Where is our voice?"

Tatum lives on one of the several ponds in the neighborhood and says she won't stand for this and she'll keep fighting while she can.

WRTV reached out to the president of the homeowners association. He said he is working on a response that is reflective of all the HOA board's volunteer members.