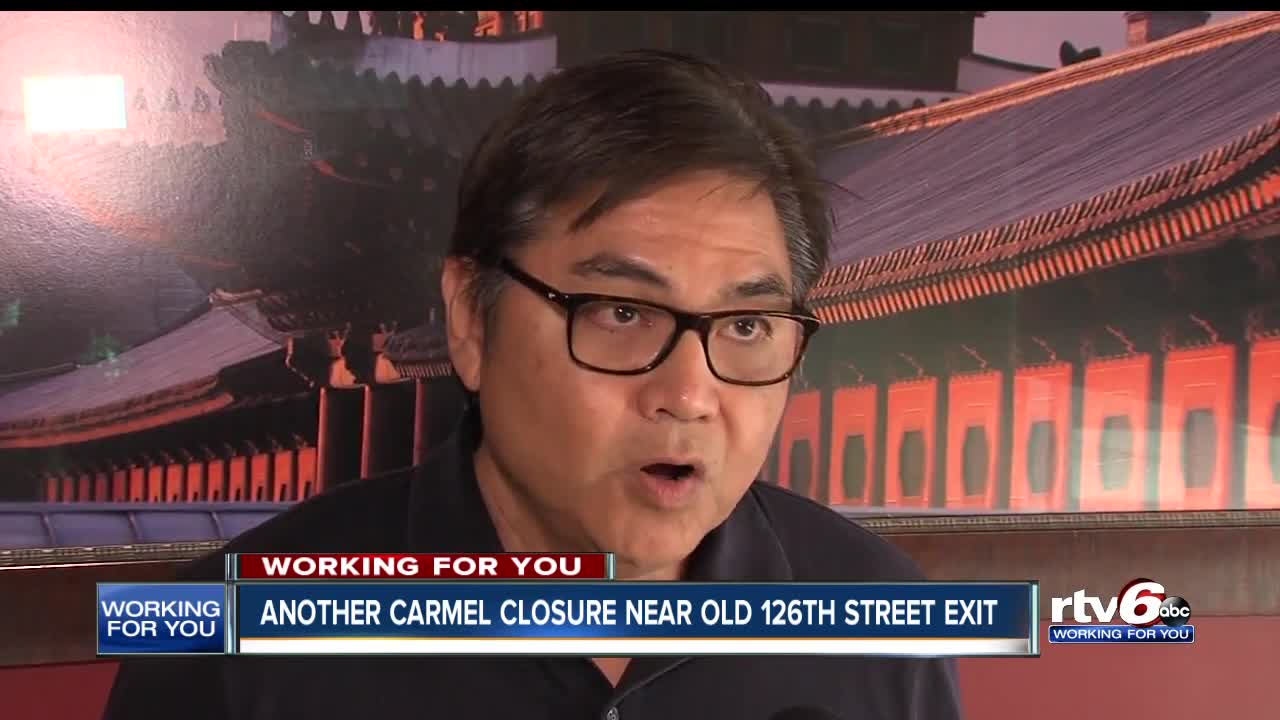 A restaurant owner says he's struggled since construction closed the exit to 126th Street from U.S. 31, and now he's closing.

CARMEL — Business after business have shuttered doors at Hamilton Crossing over the past several years, and it's happening again to a mainstay of the walking mall.

Mark Pi's China Gate & Sushi Bar will close after eight years of business at its Hamilton Crossing location and after decades of feeding customers in Central Indiana.

Ming Wang has watched generations of customers come through the doors of his various restaurant locations, a fact one of his regulars reminded him last week.

"It's fourth generation, and she pulled in her little daughter," Wang said. "I said, 'Wow.'"

Wang has watched his neighbors at Hamilton Crossing go out of business over the years.

"It's very sad," Wang said. "We are all trying thrive here as small businesses."

It wasn't that way when Wang moved in eight years ago. He said it all started with the removal of an exit off U.S. 31 and onto 126th Street.

"The whole shopping center was always thriving," he said. "All the business kind of dropped off tremendously. We were hoping we would get more support from Carmel."

An INDOT spokesman said that changed involved a public process and engagement of stakeholders in the area, and that interchanges added at Main Street and Old Meridian Street were meant to preserve access to the nearby area and access to other city streets.

"Some people can't even get in," Wang said. "I get phone calls all the time how to get in."

Some longtime customers found their way in Wednesday for one last meal.

"We are so bummed that they're not gonna be here anymore," Melissa Rush, Carmel, said.

Rush and her family have been patrons for 30 years.

"This lovely gentleman who owns this place knows people by name and people are bummed that they won't get to see him," Rush said.

Wang said he has no plans to open a new location.

"I'm local and I'm not a big corporation where somebody can move me," Wang said. "I don't think I have anything left to move."

For now, Wang is grateful for the chance to thank his longtime customers.

"I want to say goodbye to all my loyal regular customers," Wang said. "I truly, truly from deep down in my heart want to thank everybody for supporting us."