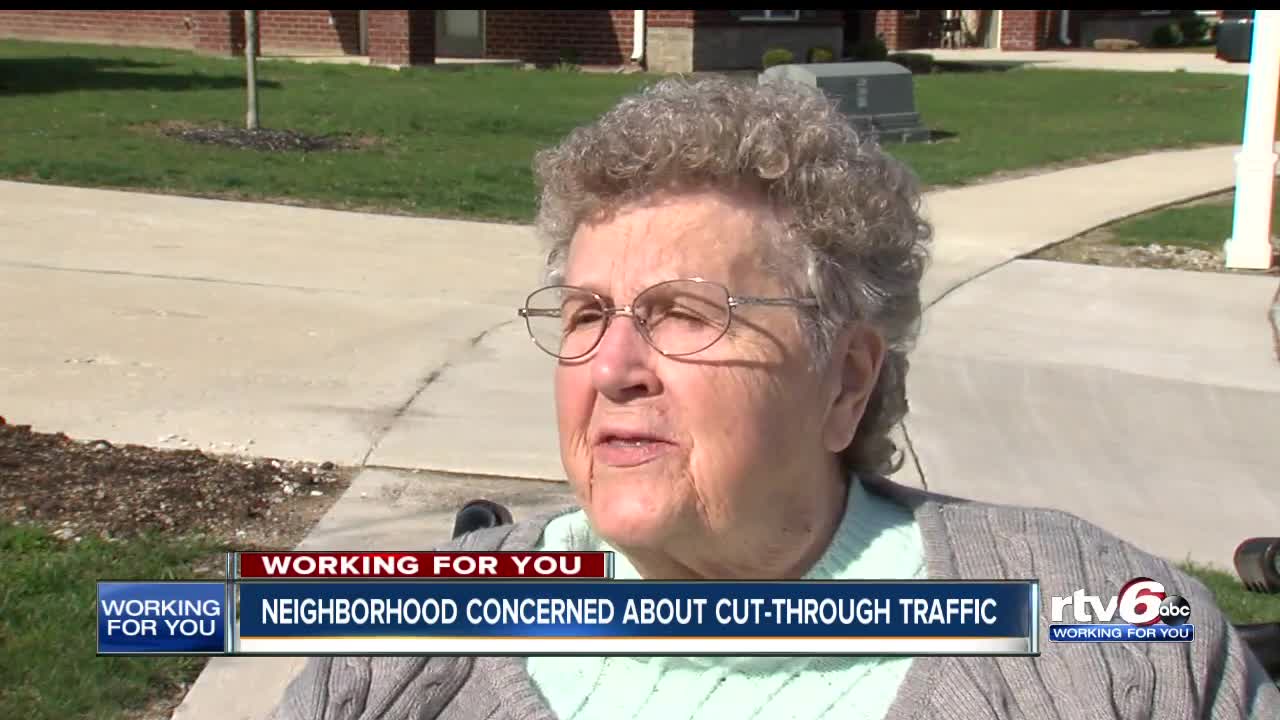 GREENFIELD — Residents of a retirement community said their quiet street is about to become a freeway once it connects to a new multi-family development.

The public road near The Villas at Springhurst was installed when the community was built in 2011. It was intended to be connected to any future developments, but some folks who live there said they thought their community would remain a cul-de-sac.

"Safety is my biggest concern with that street coming through," Kathy Hartwell said. "I thought it was a nice community."

Many of the people we talked to said they liked that the community was built on a dead-end street.

"Nothing was said to me when I moved in about the possibility of a road," Hartwell, who has lived at The Villas of Springhurst for three years, said.

But city manager Jason Koch told RTV6 on the phone the cut-through has always been the plan. The connection was required by the city when the developer of the retirement community settled on city streets.

Jackie Masterson uses a wheelchair and worries about what the cut-through could mean for her and her neighbors, many of whom use walkers and wheelchairs. She said Koch should think twice about the plan.

"Maybe trying to cross the street and not be fast enough for a car coming through," Masterson said.

"When we moved here, one of the drawing factors was the fact it was a cul-de-sac," he said. "With a lot of traffic, it's hard backing in and out of the driveway. A lot of people walk and the more traffic there is, the more danger there is for the people who walk here."

Sandy McAfee lives in the neighborhood that will be connected by the new development and cut-through.

"It's been calm and peaceful up until now," she said. "I don't want every Tom, Dick and Harry running through my neighborhood."

McAfee said she never heard about the planned cut-through. A public meeting was held in January, but the city said no one attended. Residents said they hadn't heard about the meeting and didn't know until excavators began grading and cutting down trees.

Koch said the city will work to try and alleviate the concerns of community members, but he said the roads for this development are all planned to be finished by the end of the summer.