Rise in vehicle break-ins at Pioneer Park in Mooresville 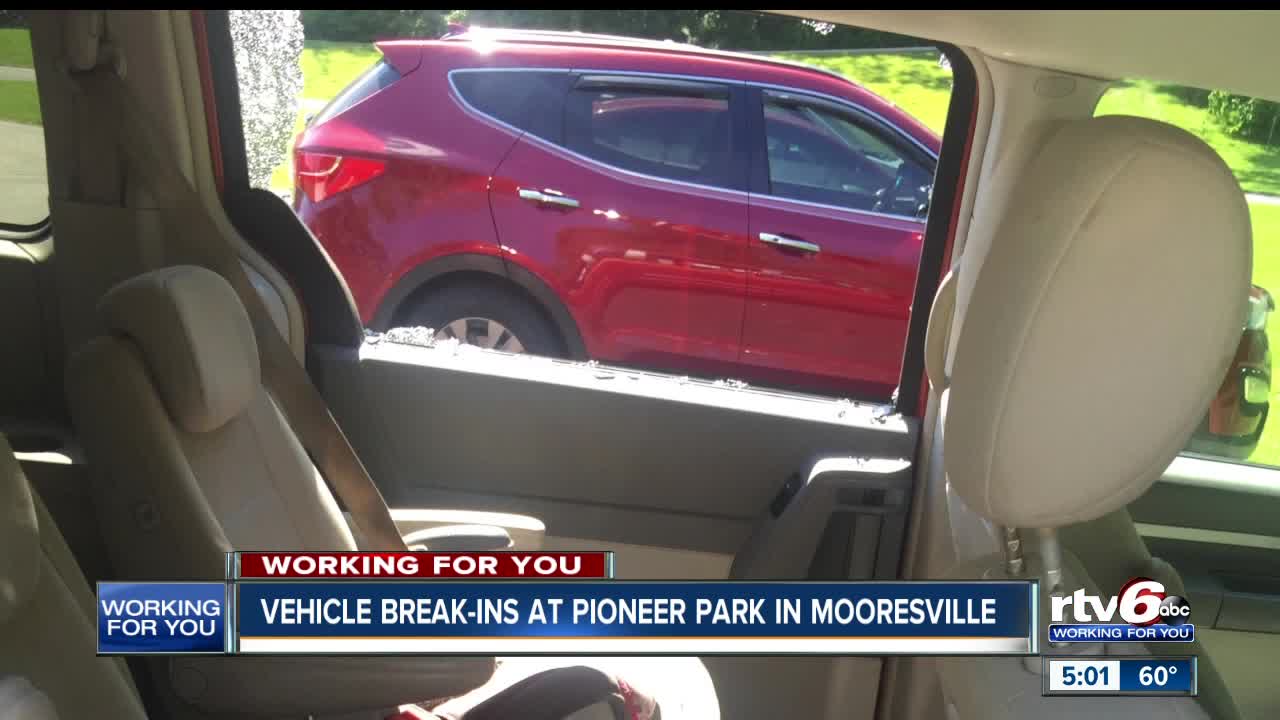 A rash of car break-ins has a community in Morgan County on edge.

MOORESVILLE — A rash of car break-ins has a community in Morgan County on edge. Thieves have been targeting people parked at Pioneer Park in Mooresville, and a newly-installed surveillance system is too little too late for the most recent victims.

Photographer Jessica Katterhenry was all set to take photographs at Pioneer Park on Tuesday. And she took them — a family posing on the covered bridge, a little girl by the creek. But, this is a picture she never wanted to see: the window of her van busted out. She and her three children were unhappy with the discovery.

"Their [her kids'] birth certificates were in my wallet, and all their personal info was in my wallet. There was our debit cards, cash, and a check," Katterhenry said. "I come here a lot. It's pretty upsetting."

Break-in victims take note: Signs are posted that tell you not to leave valuables in your vehicles.

An eleven camera, $50,000 surveillance system is being installed at the park. However, it was not operational on Tuesday when Katterhenry was robbed.

"We already have a stationary camera up, but unfortunately that didn't happen in one of the areas where the stationary camera was," Brent Callaham, Mooresville Park and Recreation Superintendent, said. "We're moving forward and, within the week, we should be in good shape on that."

News of the break-ins was all over the Mooresville Facebook page. There have been as many as four of those crimes in recent days. Police say they are tracing debit card purchases made by the bandits.

Katterhenry's son is still ticked off.

"I'm sure they can find something better to do than break-in people's windows," Jayden Katterhenry, Katterhenry's son, said. "Go get a job instead of taking other people's money."

No arrests have been made, but the addition of surveillance cameras will hopefully discourage thieves.