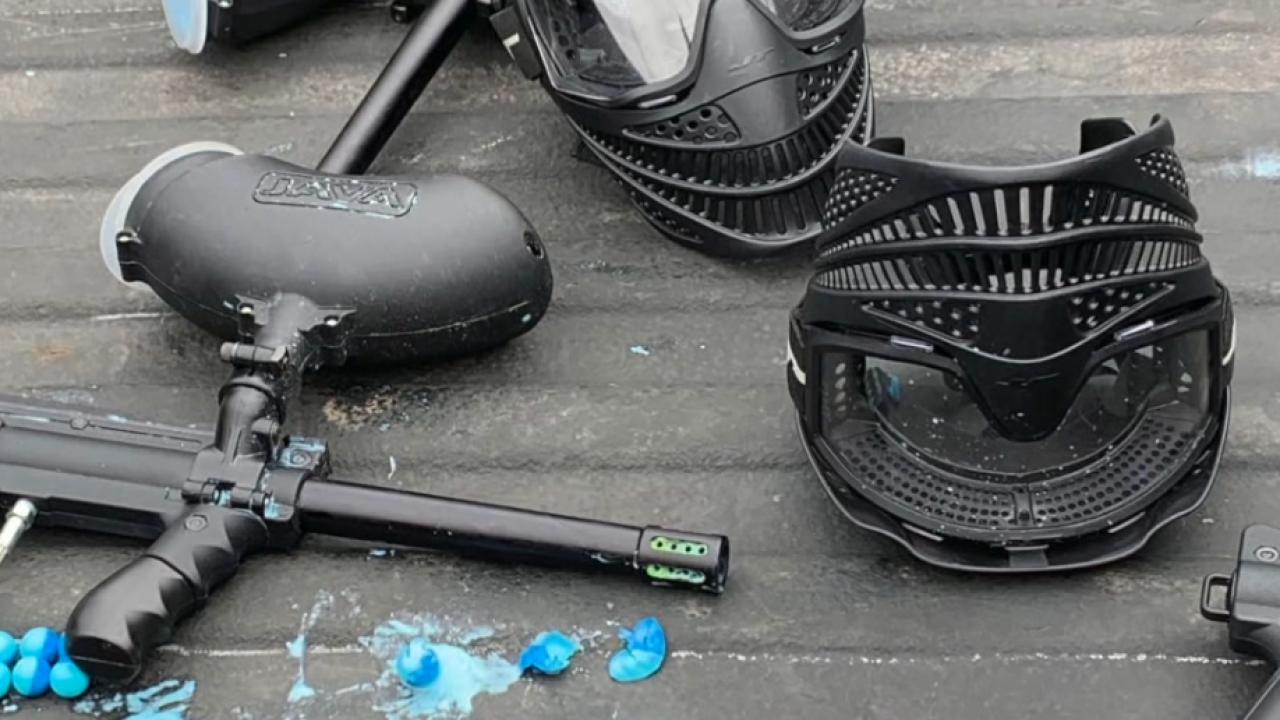 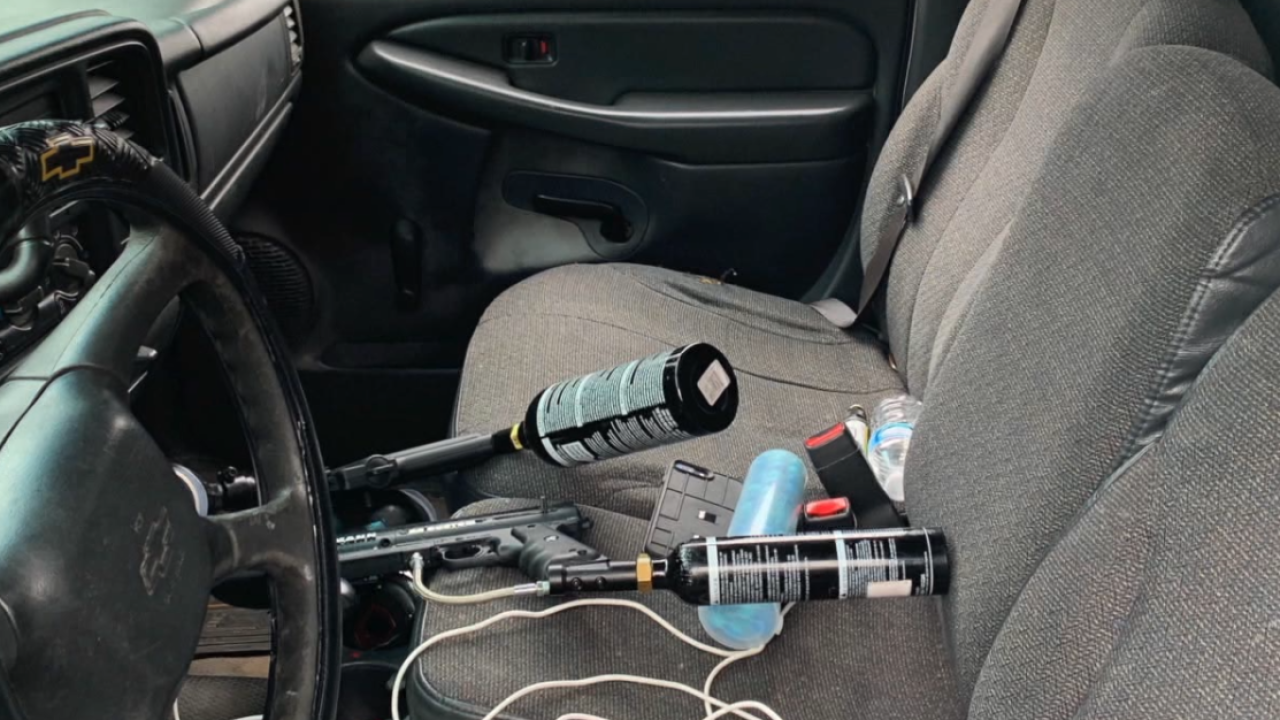 INDIANAPOLIS — Regular guns cause enough problems when they are used illegally on Indianapolis streets. But now Metro police are investigating young people vandalizing vehicles and other property by firing paintball guns.

A car full of teenagers pulled up to the gas station at a McDonald's at 38th Street and Illinois Street. Wallace Nash, 59, witnessed what happened next when they fired their paint guns.

"Pow, pow, pow, pow. Just shooting the walls," Nash said. "I'm sure I wasn't the only one disturbed. The lot was full of people."

The blue paint residue is still on the fence, where the young people opened fire. Law enforcement acknowledges that these paintball shootings have been on their radar for the past few weeks. Earlier this week, at 21st Street and Martin Luther King Street, police pulled over a vehicle and found six paintball rifles inside.

Two people were arrested on warrants that had nothing to do with the guns, and they were taken away - at least temporarily.

Danger looms when you brandish these things on the street.

"Our biggest concern is that someone could retaliate with a real gun, for fear they are being shot at with a real gun," Lorenzo Lewis, Indianapolis Metropolitan Police Department Northwest District, said. "Those are the things we worry about."

The Ten Point Coalition is aware of what's been going down, and it is irritating area residents.

"When they are shooting them it sounds like guns," Rev. Charles Harrison said. "We have had residents who have come out of their homes with real guns ready to respond, especially when their cars have been hit."

The police stop and arrest at 21st Street and MLK Street is still under investigation. The goal is to get the paintball guns off the street and into the proper venue.

The Ten Point Coalition is trying to recruit sponsors to host events at a paintball venue. That way young people will have a safe place to play the game if that is what they want to do.