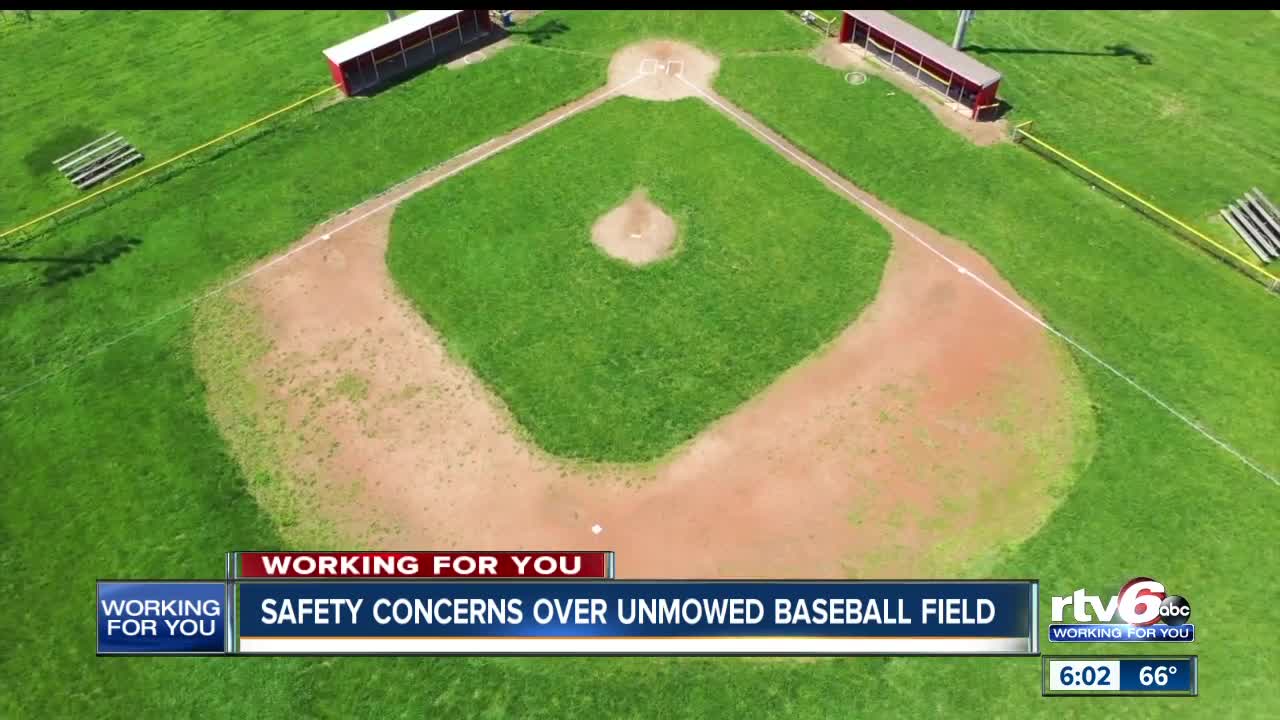 Baseball season is in full swing in central Indiana. But, its been a bit rough for some charter school kids playing at a diamond on the near south side of Indianapolis.

INDIANAPOLIS — Baseball season is in full swing in central Indiana. But, its been a bit rough for some charter school kids playing at a diamond on the near south side of Indianapolis.

The grass is tall, not mowed, and parents are concerned about safety. It's led to canceled games and missed practices; the teams say the grass is just too high.

It's hard to see from the outside, but once RTV6 took our drone inside, the station was able to see how tall that grass really is, and why the team says they keep missing all of these practices.

When it comes to baseball, the diamond is supposed to be well-kept and the grass cut, but one high school field is different.

"When it's up past your knees, and baseballs can be hidden in the grass, that's too high," Jeff Breeding, parent of a baseball player, said.

This field is about a block and a half away from Emmerich Manual High School. It's been the school's field for generations; however, it's a far cry from what RTV6 cameras captured 16 years ago.

"There's no way kids can practice on it safely," Breeding said. "They can't have a game, and the kids are getting frustrated."

Breeding's son is a junior on the baseball team, and he has deep roots at the school as a "proud" graduate of the institution in 1987.

According to Breeding, the school hasn't been keeping up with mowing the grass at the field.

During the day the gates were locked, but we sent our drone in and were able to see just how high the grass was. When RTV6 went out to the field during practice, we got a much better idea of the issue.

Breeding says the team and parents have gone to the school multiple times since the season started, but nothing seems to happen.

Parents on the team and alumni have even rented mowers out of their own pockets to be able to cut the grass this year, but Breeding says that takes time and is expensive.

On Tuesday, RTV6 received a statement from the principal at Emmerich Manual High School, Misty Ndiritu, says in part:

"We have had a lapse in service from our grounds staff, and it is being addressed. We will round out our season with excellent service and provide a great playing surface for our team and their competition."

For Breeding and other parents o the team, they say they'll believe it when they see it.

Later in the day on Tuesday, Breeding brought his riding mower to the field to mos the baseball field ahead of Thursday's home game against Herron High School. He says it took him about three hours just to cut the infield.

Breeding took it upon himself after the school told RTV6 they were supposed to be out Tuesday to cut the field, but only a small portion outside the diamond was cut.