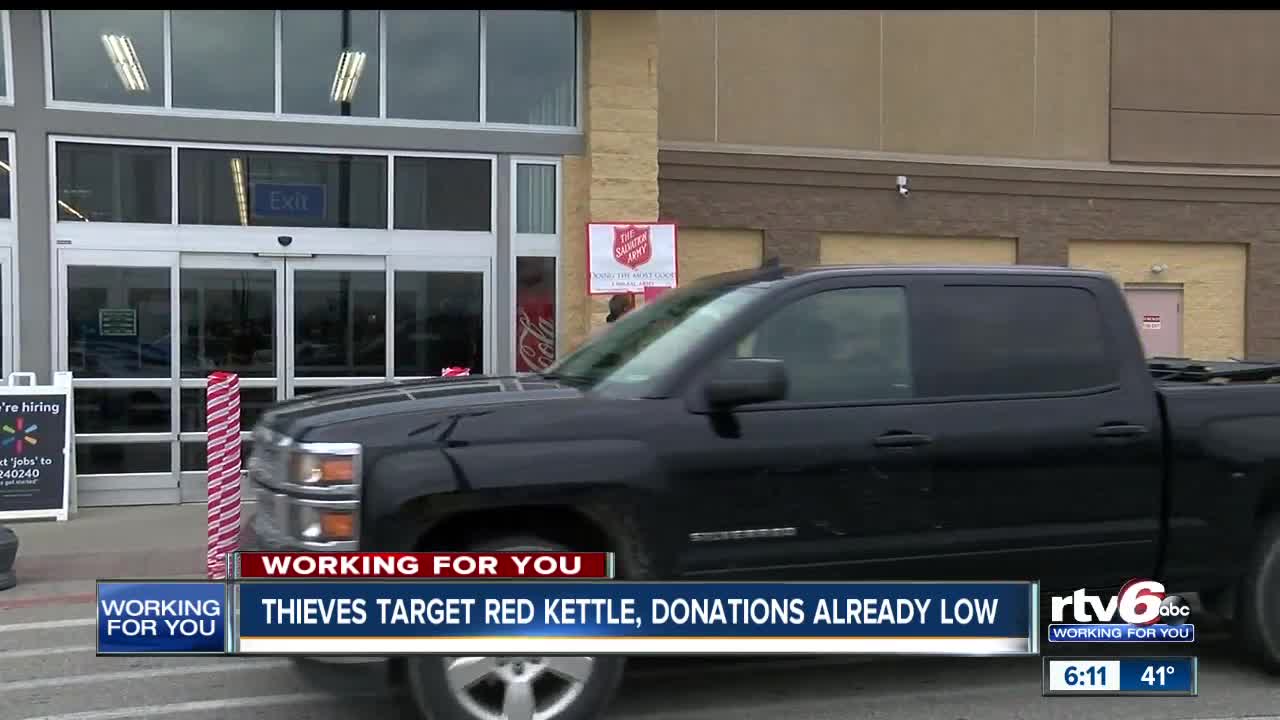 The Salvation Army is way behind its donation goal, and last night, someone stole a red kettle from a Plainfield JCPenney that was full of money. 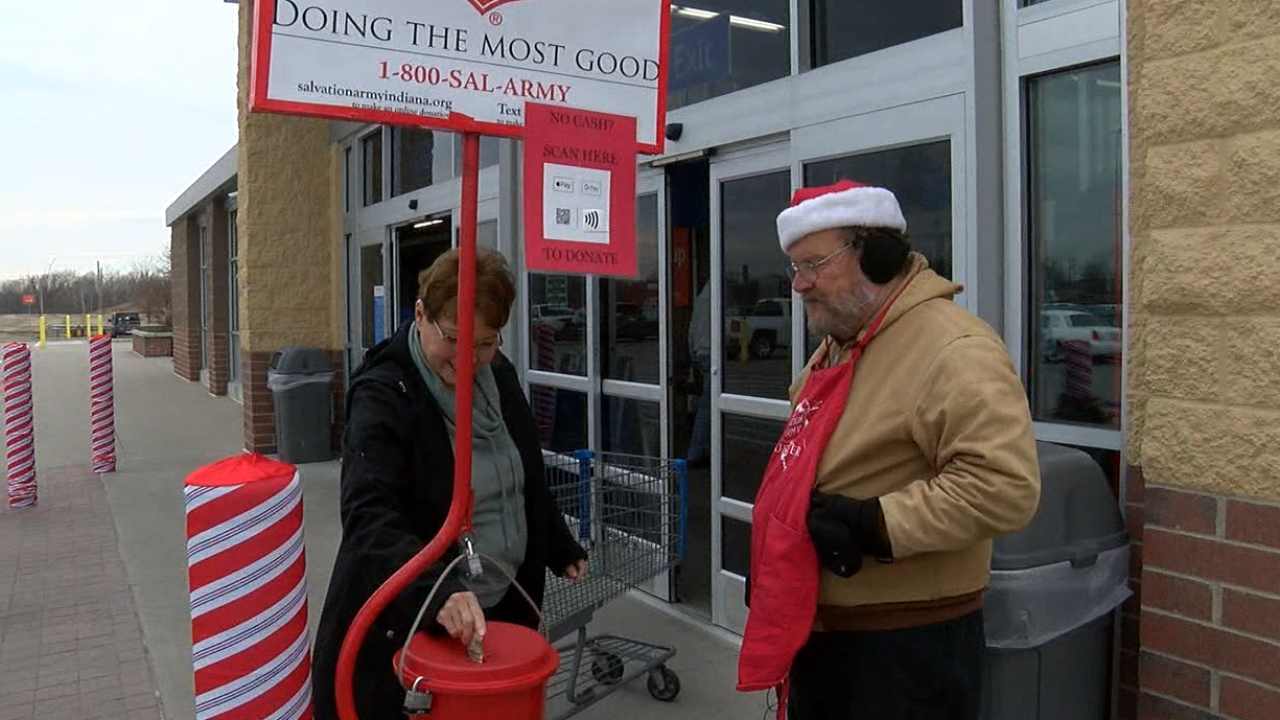 DANVILLE — The Salvation Army said it is behind on donations this year, a day after someone stole a red kettle from Plainfield that was full of money.

"We're down," Salvation Army Lt. Joshua Hubbard said. "We are seriously down."

Lt. Hubbard said learning that someone stole a red kettle makes things worse, especially at a time when donations are already low. He said a driver went to pick up the kettle and discovered it was missing.

"It was truly a low day for us that someone would take that red kettle, not just the kettle, but the whole stand was missing," he said.

A way to help the Salvation Army get back on track, Lt. Hubbard said, is for more people to volunteer.

One person giving his time is Richard Nevitt, who spends the holiday season ringing the bell outside the Walmart in Danville. He said he is volunteering 90 hours this winter, and the feeling of helping others keeps him coming back.

"The people and the warm fuzzies you get doing it. It's really nice to give at Christmas," Nevitt said.

Nevitt said he is trying to collect as many donations as possible during the 10 days he has left to volunteer. He greets everyone on their way into the store and hopes they will stop by on their way out.

The Salvation Army will have to make some tough decisions, including making cuts to programs in the upcoming year, if it does not meet its goal, Lt. Hubbard said. He said he would encourage people to put something in the bucket, whether it's a penny or a dollar, because it all adds up.

"Which breaks our heart," he said. "Because those are names does our families other people we know in our community that will go without because the Salvation Army didn't raise enough money to continue those services.