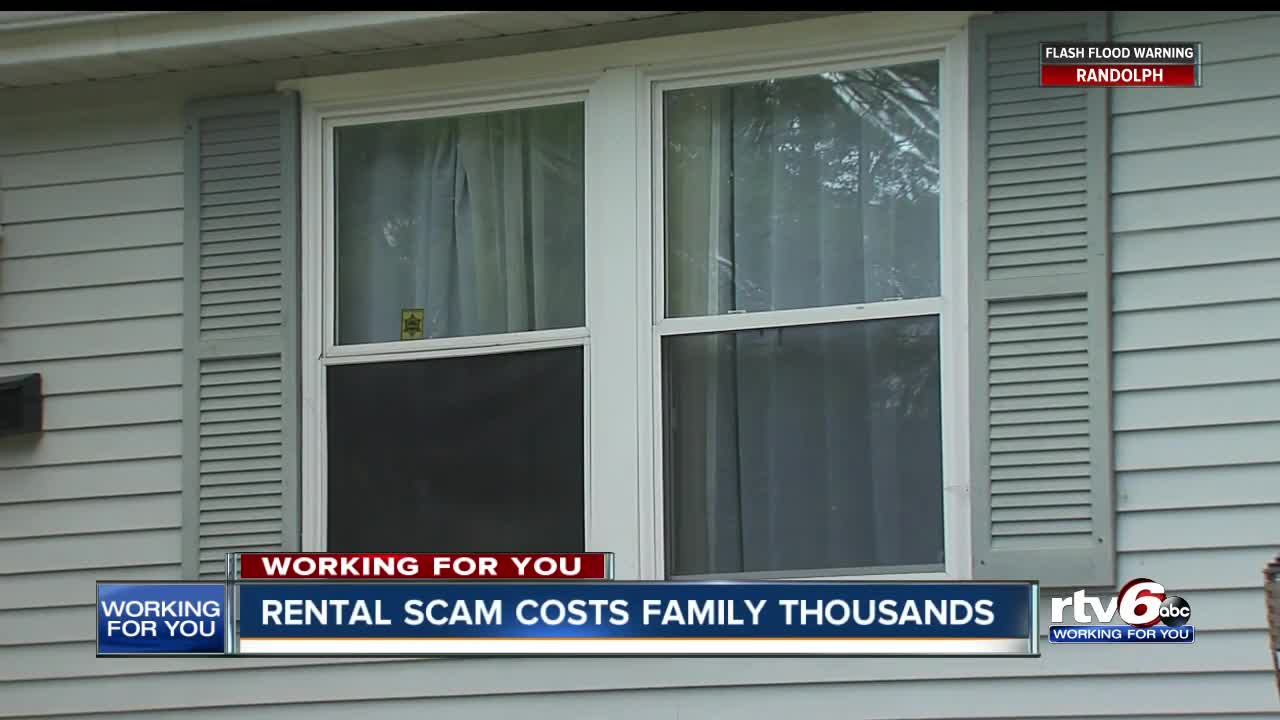 A woman realized she got scammed by a fake rental listing and lost thousands of dollars.

INDIANAPOLIS — It was supposed to be a house of dreams for an Indianapolis family when they moved into a new house, but a nightmare started a few days later with a knock at the door.

It was someone claiming to be a manager of the property who said no one was supposed to be living there, and that the place was still for rent.

"I got a key, I've got a garage opener and I'm like, wow, I've upgraded," Alisa Briggs said.

Briggs was excited about her new place after moving out of an apartment. She finally had lots of space. The ad she found on Facebook Marketplace listed the home at $850 a month. Briggs said she paid first month's rent and a security deposit and signed her lease.

"She said she was the owner, I would be the lessee," Briggs said.

But then she learned she had been scammed. The lease wasn't real.

"The property manager came and was like, this house is supposed to be vacant," Briggs said. "I'm like, 'What the hell? Vacant?' I'm living wrong like a squatter, no."

RTV6 talked to a spokesman for the property management company who said it's not the first time something like this has happened with one of their properties. He said people should always double-check rental properties they find on the internet against sites like Zillow and Realtor.com.

"I said I would make it right because I have kids," Briggs said. "I have a grandbaby on the way, a special needs child."

Briggs has now applied witht he management company to live in the home, and the company said she can stay if she qualifies.

"My hope in sharing this story is to let people know scammers are real," she said.

Briggs said she was desperate, vulnerable and needed a place to stay. Her daughter is pregnant and she's just hoping she can get the situation resolved quickly.

"She's about to be induced into labor on Sunday," Briggs said. "I have a baby that's possibly coming home on Monday, and we may be homeless."

The Better Business Bureau says you should always watch out for rentals that sound too good when you're looking for rentals. Take your time when making decisions and see the property in person.