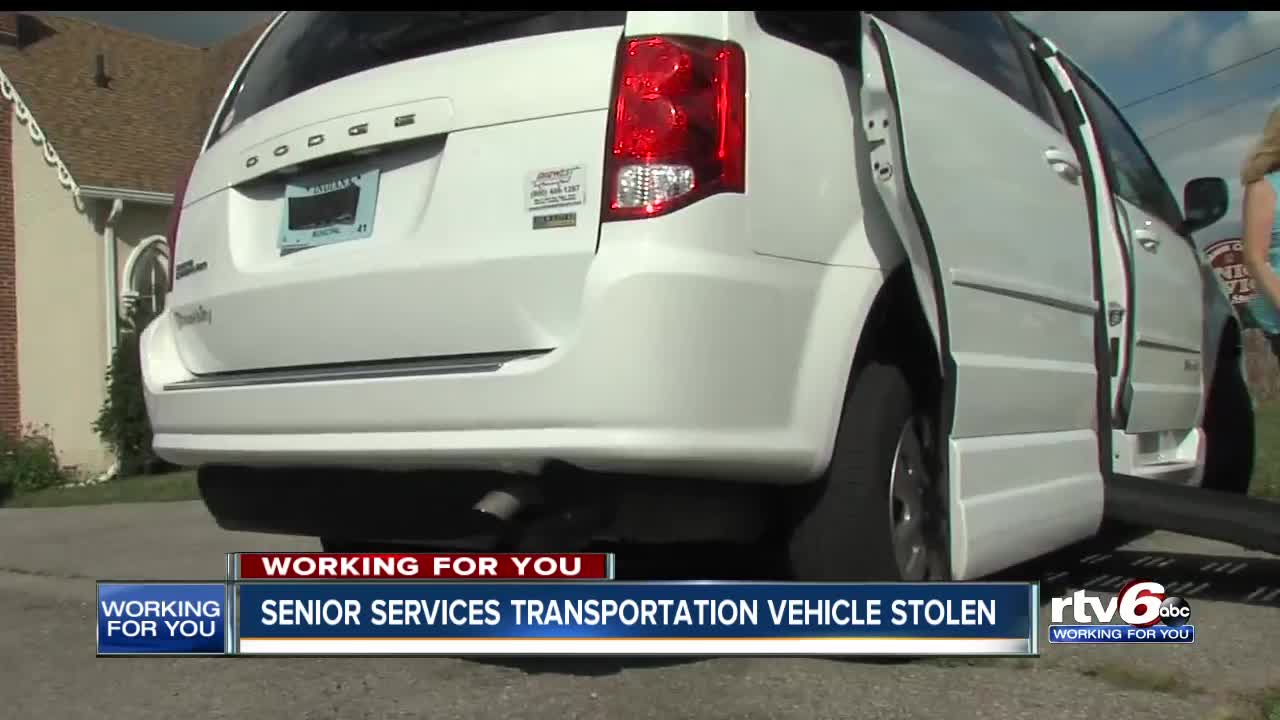 A van used by a service relied upon by hundreds of seniors is looking for a van that was stolen.

JOHNSON COUNTY — Johnson County Senior Services, a organization relied upon by hundreds of senior citizens needs your help after someone stole one of its vans.

The vehicle that was stolen, a 2017 wheelchair-accessible white Dodge Caravan with license plate number 54394, is vital to the organization's services.

What makes it so special is its wheelchair ramp. It is wider than the ramps Johnson County Senior Services has on its other vehicles, so they can get bigger wheelchairs inside. That helps get folks on the road and on their way to receive life-saving services around the community.

"We are the only free door-to-door transportation service in the entire community," Kimberly Smith said. "We are the only agency that delivers food to the homes of food-insecure folks."

They take seniors anywhere they need to go 60 times a day and more than 13,000 times a year.

Those services took a huge hit Thursday morning when one of their vans was stolen. Susan Vandemean had just dropped off one last person at St. Vincent Hospital when it happened..

"We depend on these," Vandemean said. "We're on a tight schedule, and I picked up several people and dropped them off. There wasn't anybody around, and it's just a quick trip. I just left the key in, they took her in, brought her back and no van."

While Vandeman dealt with the police report, the Senior Services dispatch team had to scramble.

"They had to jump into action and had to figure out how we're going to get people from Point A to Point B," Smith said.

They got everyone where they need to go Thursday, but Johnson County Senior Services needs the van, or one like it, to keep operations running on time as the team tries to figure out what to do next.

"You can't miss, it's a non-negotiable for these folks and they have no other option. We are their only viable option." Smith said. "How could you be so thoughtless? It's heart-wrenching that they are the most underserved, underfunded, underappreciated demographic in our entire county. It's just not OK."