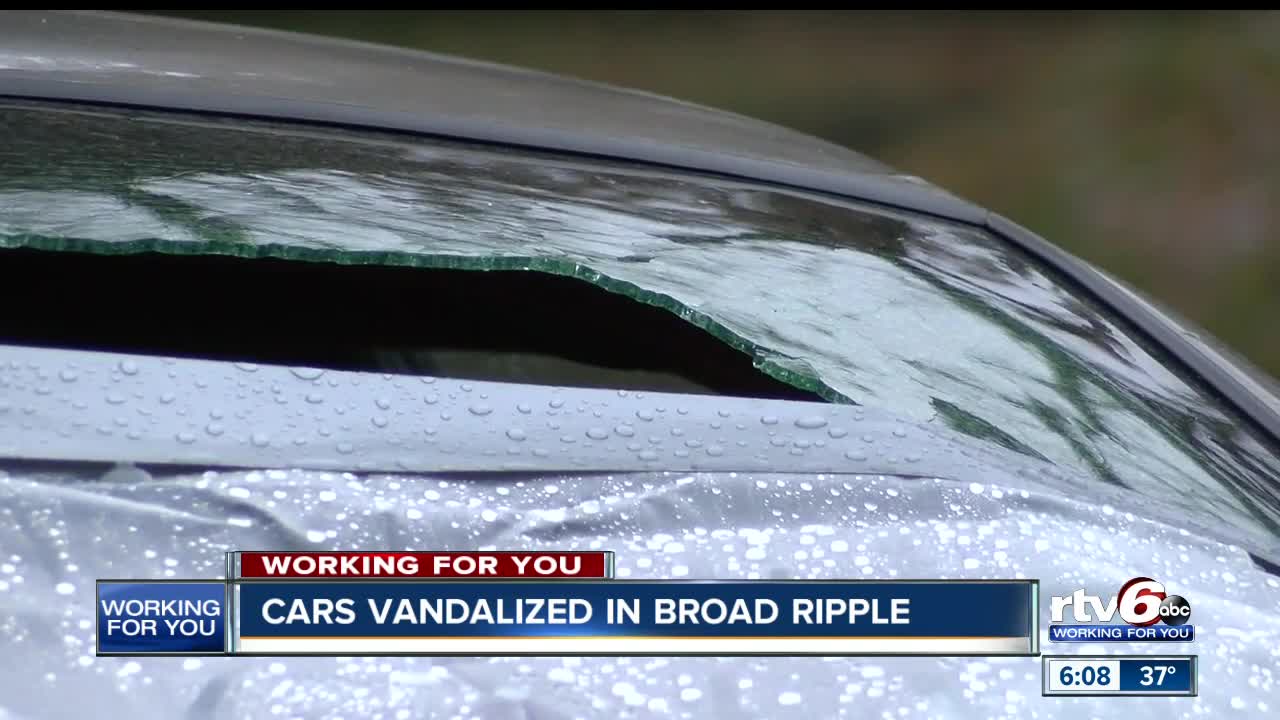 Several people in Broad Ripple filed police reports after they say their cars were broken into over the weekend.

INDIANAPOLIS — Several people in Broad Ripple filed police reports after they say their cars were broken into over the weekend.

Some residents near East 66th Street and North Park Avenue say they woke up to the damage on Sunday.

Nicole Hagemeyer says when vandals hit her car, they left glass everywhere and a dent in her car.

"You can see where it was hit with something very hard," Hagemeyer said.

When Hagemeyer woke up Sunday morning, she saw the damage to her car and saw damage to other cars down the street, near 64th Street and Central Avenue.

"As I looked down the street several other neighbors were out with vacuums trying to clean up the street and the backs of their cars," Hagemeyer said. "I had noticed then that there were at least seven other cars between my house and six houses down that had also been broken into."

Neighbors say the area is typically pretty quiet and they've never seen an act of vandalism impacting so many people before.

"With the holidays coming up, this is now an expense that comes out of our pocket because it's not worth it to report it to insurance for this type of thing," Hagemeyer said.

She's hoping someone in the area has security camera footage of the suspects.

IMPD has a program called B-Link and allows people to register security cameras so detectives know where to look when solving cases. It is not clear if anyone in the area has signed up for the program.