South side neighborhood sees progress on getting dilapidated house demolished 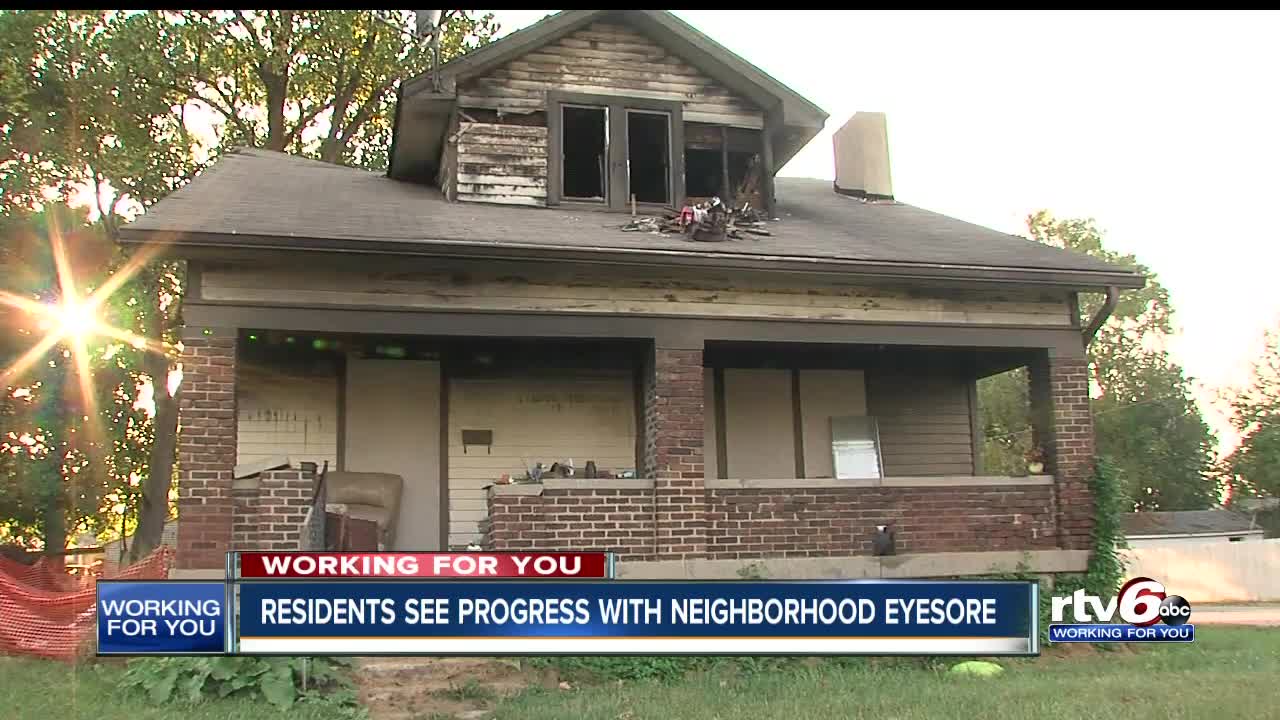 A neighborhood is seeing progress in getting a house torn down that has a long list of issues.

INDIANAPOLIS — Residents in a south side neighborhood said they see a difference after calling RTV6 about a crumbling house when they said no one was listening.

"We've been calling for two years and this the furthest we've got on it," Kattrina Conningham said. "Within, you were out here two weeks ago, and we actually have an answer and a timeline. So I guess that's something."

Two weeks ago, Conningham called RTV6 after used needles littered the sidewalk she uses to put her daughter on the school bus. The needles and a long list of issues come from a half-standing, half-collapsed house at the corner of Harlan and Kelly Streets.

A house Dimitri Kyser with the City of Indianapolis said is headed for demolition after numerous complaints from neighbors.

"We're moving right along," Kyser said. "We've been in contact with the property owner making them aware of what will result if there are no immediate actions as far as the property owner demo-ing the house or if they don't have a plan to repair, which we do allow as well."

As much as the neighborhood would love to see the house torn down tomorrow, Kyser said it's not a process that is over as the property owner is first offered a number of chances to bring the home to code before the city tears it down.

"We're talking about the same neighbor who has left this house like this for a year, right? And who tore his own windows out and his own siding off his house two years prior to that? He doesn't fix anything. He tears his property up," Conningham said. "I want to know how he plans on fixing that is my question. Is he gonna tear it down himself and build a new house."

Kyser said that may be decided at an administrative hearing next month. It's another step toward demolition, a process that has been a year in the making.

"It could be five-to-seven months between the time that we go out and inspect a property, decide that it is in need of a demo. Going through that process, it can take a while," Kyser said.

While progress is being made at City Hall, Conningham said progress is also being made on Harlan Street where the Health Department has made regular visits to the neighborhood eyesore to check for needles, an issue the city first learned about after a call from RTV6.

"The health department has been great," Conningham said. "They've been in touch with me as soon as they heard about the needles. He's called me multiple times and keeps in touch to make sure there's no more needles out here and if he needs to discard them."

If you see a home in your neighborhood that should be demolished, you can report it by calling the Mayor's Action Line at 317-327-4622.