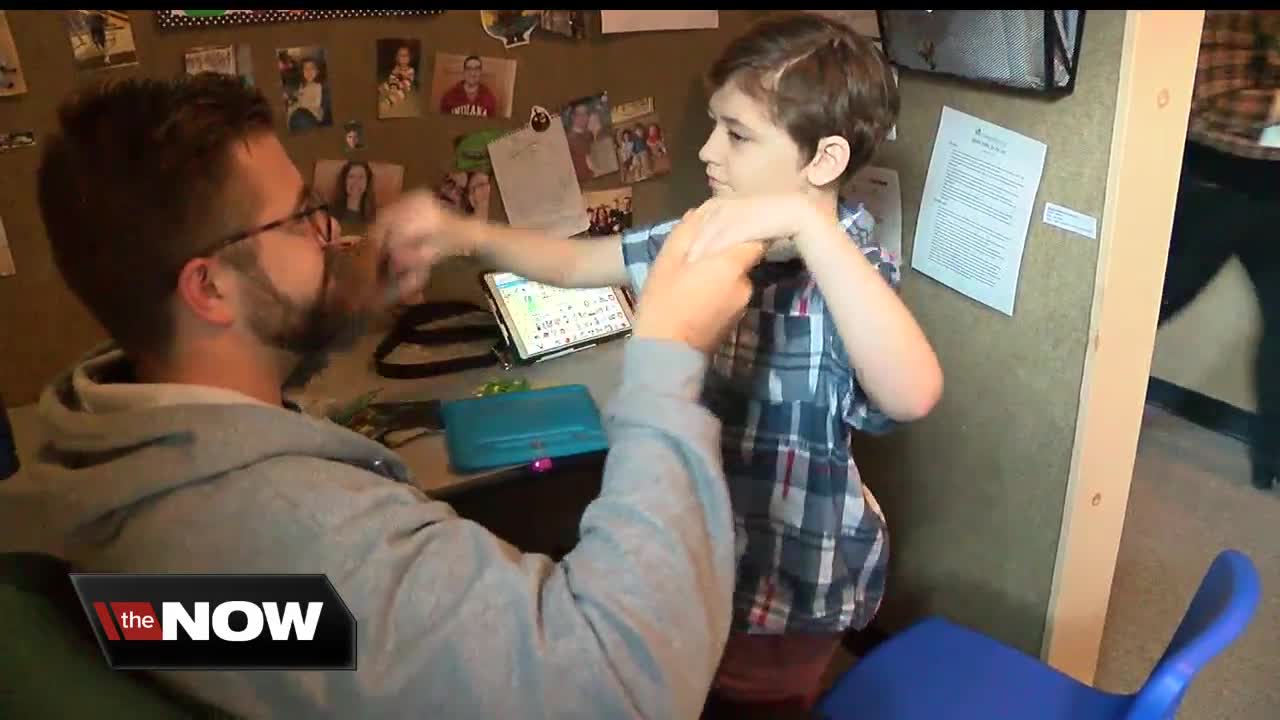 October is AAC Device Awareness Month, a way to draw attention to alternative devices available to people who need a different way to communicate.

INDIANAPOLIS — The ability to speak is something many of us don't think twice about. But for those who are non-verbal or have other speech challenges, special tools help them on a daily basis.

October is AAC Device Awareness Month, a way to draw attention to alternative devices available to people who need a different way to communicate.

Liam Dant is the oldest of four children. The smiley eight-year-old has autism, something his parents saw signs of when he was very young.

"Just because with 4 kids period things are crazy and then with Liam's added needs or if something the other kids sets him off it can be a challenge," Liam's father, Joseph Dant, said. "He made noises, but we were kind of concerned because he just wasn't talking a lot, communicating. A lot of what he did was he made a lot of noise, just nothing we could understand or figure out."

After learning Liam was on the spectrum, his parents brought him to Cornerstone Autism Center. He started working with a therapist and a speech language pathologist, and Liam started using an augmentative alternative communication device.

"A lot of these devices have thousands of words programmed into it so they are able to learn the system and then they are able to navigate and tell you exactly what they feel," Emily Diekhoff, Liam's speech language pathologist, said.

"Any word that he is looking for is within three clicks," Joseph Dant said.

In less than a year of using the device, Liam's communication has significantly improved.

"He is actually starting to use some more words. Even talking and putting things together. We feel like we get to know a little bit more of his personality what he likes," Sarah Dant, Liam's mom, said. "Their world opens up because they are able to expressively tell you what they are thinking and what they are feeling inside."

The Dants are letting Liam lead when it comes to his development, but his device is giving them hope for more independent in their son's future.