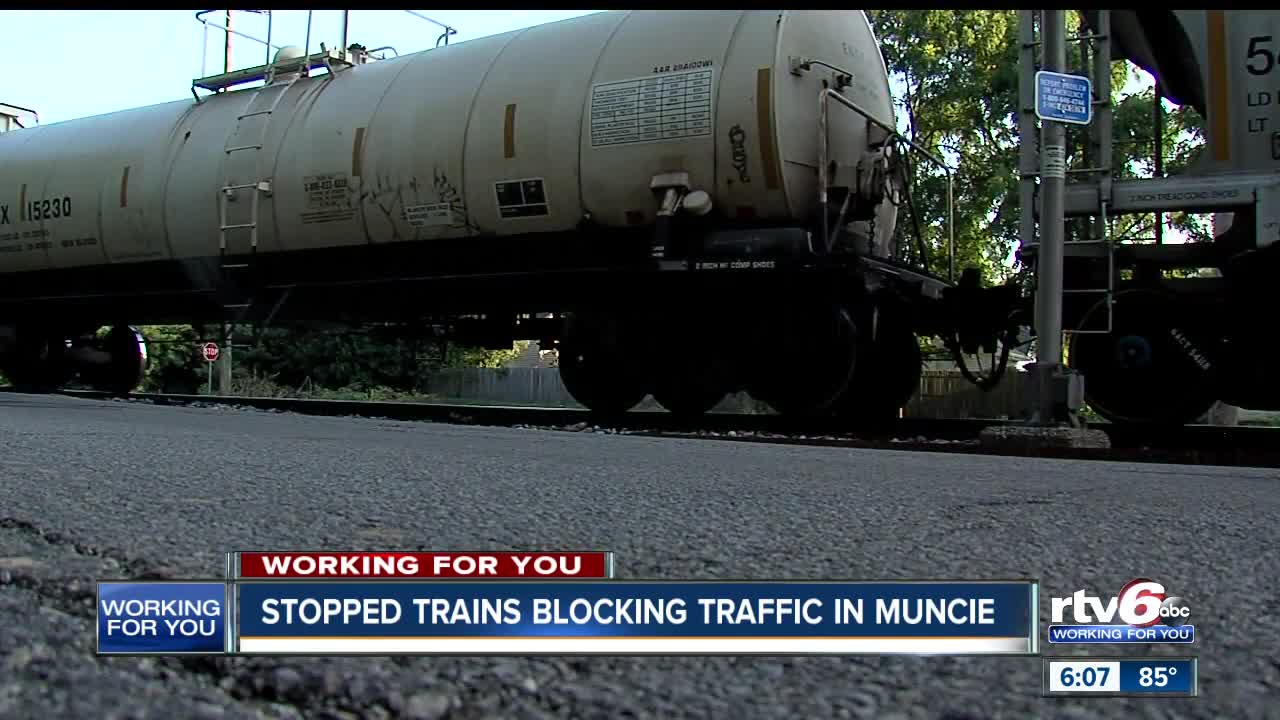 First responders, school buses and drivers are being delayed by stopped trains in Muncie.

MUNCIE — Trains are stopping for long periods of time in Muncie, causing disruptions to first responders, school buses and drivers, and the city said it is looking into writing tickets to train companies to get them to move.

"It's a huge disturbance for people trying to get to work trying to do different things throughout their daily life. But for us it could be life or death," Muncie Fire Department Chief Edward Bell said.

First responders are having to find alternate routes in emergencies.

"If you're having a heart attack, stroke or something of that sort, it's just a huge problem for us," Bell said. "They are just tough to deal with and there’s just not a whole lot you can do. They just won’t be pushed around, for the most part, to be perfectly honest with you. It’s just unbelievable they are able to do that but they are the railroad.”

Muncie Community Schools CEO and director of public education Leeann Kwiatkowski said school buses are late several times a week and drivers have had to notify principals so teachers can make adjustments for students.

"Particularly we have three schools. East Washington Academy, Westview and Central High School are the ones who appear to be most affected by stopper trains," Kwiatkowski said. "They notified the school principal and they alert teachers they make adjustments for those students."

And the Muncie Fire Department now places three ambulances at the stations on Martin Luther King, Hoyt and 12th Streets, which are areas most impacted by the stopped trains. The ambulances are not yet responding to calls, but Bell hopes they will be soon.

The issue has been ongoing for some time, and all feel there is no solution in sight.

Two women who work at McDonald's near Tillotson and McGalliard said the trains are stopped all the time nearby, sometimes for an hour or two. They feel there is no solution in sight.

"Our owner has went and talk to them about it. Can they just stop before they get to the intersection? Can you stop right there?” Annette Campbell said.

Norfolk Southern did not respond to a request for comment.