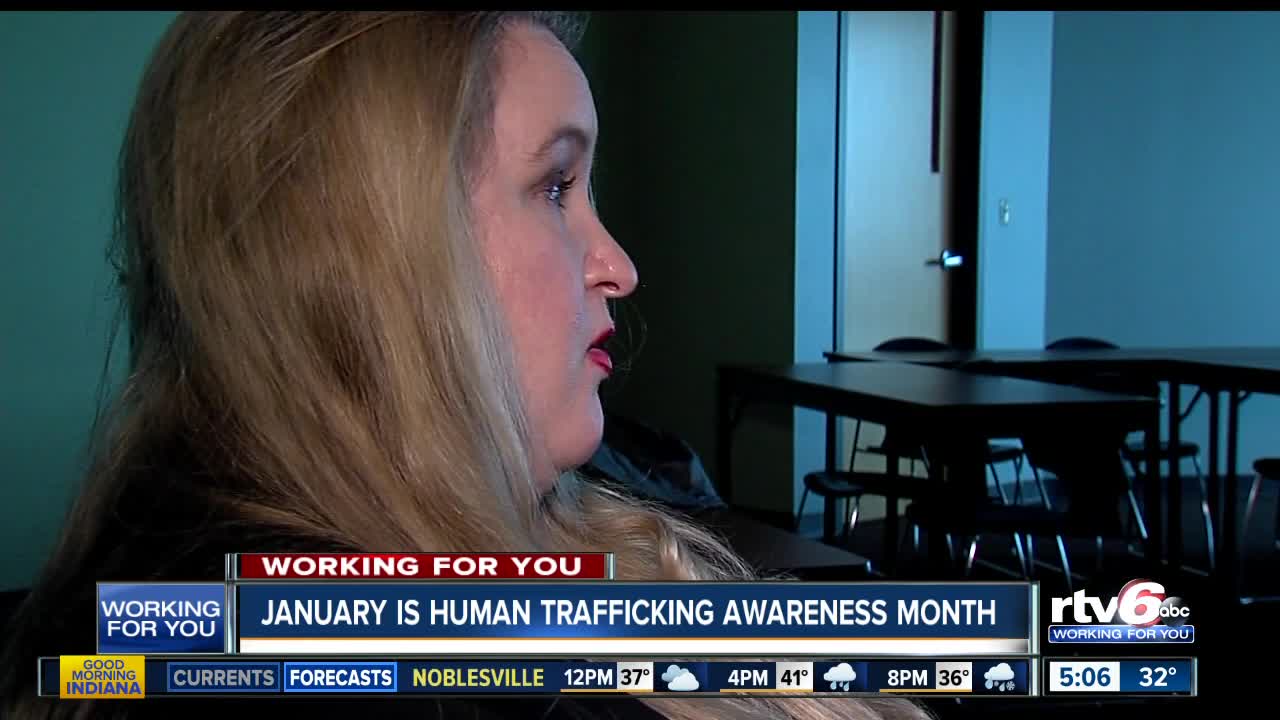 January is Human Trafficking Awareness month and although the thought is scary and something you might think could never happen to your family — officials here in Indiana say it's happening in every county across our state. 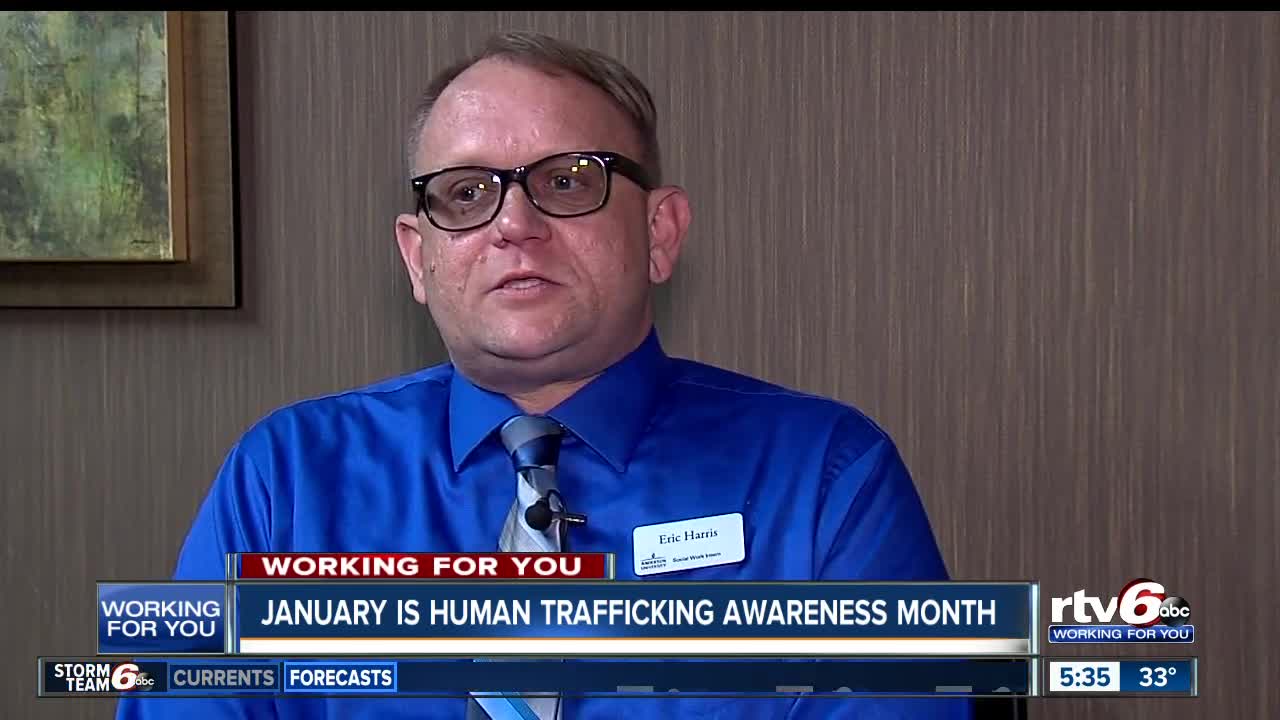 INDIANAPOLIS — January is Human Trafficking Awareness Month, and although the thought is scary and something you might think could never happen to your family — officials here in Indiana say it's happening in every county across our state.

I sat down with a survivor who says she was trafficked at 11-years-old by her mom.

Genevieve Meyer told me she's speaking out now so other survivors can see there is hope on the other side of trauma and to show the world something like this can happen to anyone.

"The first time I was trafficked, I was 11. I was trafficked by family members I had a 37-year-old boyfriend," said Meyer. Her life story started in Southern California.

Although she was just 11-years-old, she believes she was the one putting a roof over her family's head.

"I definitely knew the adults were looking the other way, so I suspect that I might have paid the rent because the boyfriend that I had was the person that owned the house that we lived in," said Meyer.

She said that eventually, someone outside her family called the police, and the man was convicted and received four months in jail.

Meyer said after that school officials were keeping a closer eye on her, so her mom pulled her out, and her education stopped in the sixth grade.

Meyer said she tried to get away from her environment, and she was labeled as a runaway, bad kid, and case manager was assigned to check in on her.

"That didn't happen," said Meyer "and what happened instead was a 42-year-old man in the neighborhood found me attractive and began preying on me."

Instead of helping her, Meyer said her mom signed a so-called permission slip that made it legal for the adult man to marry a 15-year-old.

"So she signed over some kind of guardianship to this man and gave him me and this paperwork, and he took me from southern California in a recreational vehicle to all the way to Mississippi, and it was just the two of us, so I was alone with him, and he had complete access to whatever he liked," said Meyer.

Meyer was able to get away from her husband and fled to the other side of the country. She said she became pregnant and endured an uphill battle to protect her child and get a divorce.

Genevieve is now married, has her master's degree, and has a few more children.

She tells her story now to show how it can happen to anyone, and it could be in plain sight.

Meyer is now working with lawmakers to get new laws passed in Indiana to make it harder for predators to prey on children. One of her bills will be discussed on the house floor Monday, January 27th.

While working on this story, I met another survivor, Eric Harris, who was also trafficked by his own mother at age 11 — who then passed him off to another man who began exploiting him.

"My mom moved in with these co-workers that was told to me and slowly but surely trafficker two or groomer two he saw the brokenness of the relationship, and he played on that vulnerability and that need for me to have the nuclear family," said Harris.

Harris said once the trust was built, the man began exploiting him to even more men. He was eventually able to escape, and now he's working on getting his education to become a social worker.

I spoke with Kate Kimer with the Indiana Coalition to End Sexual Assault and Human Trafficking. She said there are signs, especially for kids, when something terrible is happening to them at home. The main one and the easiest thing to see is if their behavior makes a drastic change. If straight a student starts acting up in class or sleeping or fighting, that's the time you should ask questions about what's going on.

She said when it comes to children, you shouldn't be afraid to call authorities it's better safe than sorry.

"You need to be less concerned about the adults that are harming kids and whether or not you might be wrong. If you're wrong, you're wrong they'll do the assessment, and they'll leave, and if you're not wrong, you may have accessed services for a child that's been going through nightmare you couldn't imagine," said Kimer.

Harris's advice to anyone who hears this story is to believe survivors. He said even if their story changes, believe them and take action. He added you should be thankful that survivor trusted you enough to tell you.

For more information on how you can get involved with the ICEESAHT click here.