Tammy's Law will provide relief and comfort with supplemental insurance 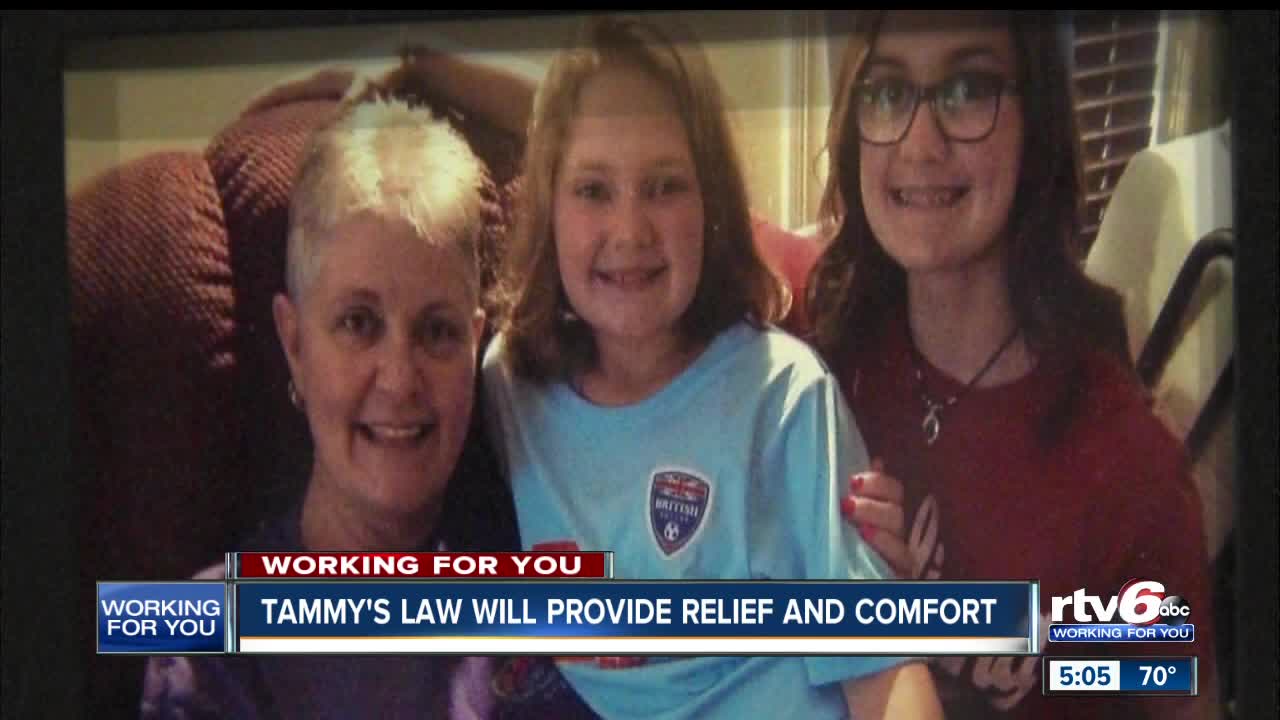 Days before an Indiana woman died from ALS, she learned her fight for survival was leading to change for Hoosiers.

INDIANAPOLIS — Days before an Indiana woman died from ALS, she learned her fight for survival was leading to change for Hoosiers.

Jeff Kemp and State Senator Erin Houchin combined to make Tammy's Law possible. It enables Hoosiers under the age of 65 who are on Medicare, the ability to purchase supplemental insurance.

In the future, when my girls ask me, 'dad, did you do everything for mom?' I want to be able to tell them I did.

The day was May 1 when 49-year-old, Tammy Kemp, was in her bed surrounded by her daughters, Abigail,14, and Caroline, 11, her husband Jeff and Senator Houchin.

Tammy was in the final four days in her battle against ALS, also known as Lou Gehrig's disease. She was diagnosed with the devastating neuromuscular disease in 2017.

The disease makes you a prisoner inside your own body. The bills for her treatment made her husband a prisoner to statements. Jeff showed the newsroom a folder full of paperwork full of denials from insurance companies that frustrated him to no end.

"How ticked off would you get Derrik [RTV6 reporter], if you got a wife dying in the next room, and two young daughters, and you have to mess with stuff like that; that you shouldn't have to mess with," Jeff explained.

"If they had GAP insurance plan throughout Tammy's illness they never would have had to haggle with insurance companies and bill collections," Sen. Houchin said. "The ability after the passage of this bill is what it would give to others in similar circumstances, time with their loved one."

With the addition of Indiana, there are now 31 states where people can get that supplemental insurance.

Tammy died on May 5, and the family hoped she would make it to May 12 — her birthday and Mother's Day.

Before she died, Jeff told her the bill, named for her, would become law.

"She started crying. You could tell she was so happy that something was gonna come out of this, that was gonna help people in the future," Jeff said.

Gov. Eric Holcomb will host a ceremonial signing of Tammy's Law sometime before July 1. The Kemp family will be there, and likely Tammy will be watching.