The importance of answering the 2020 U.S. Census questions 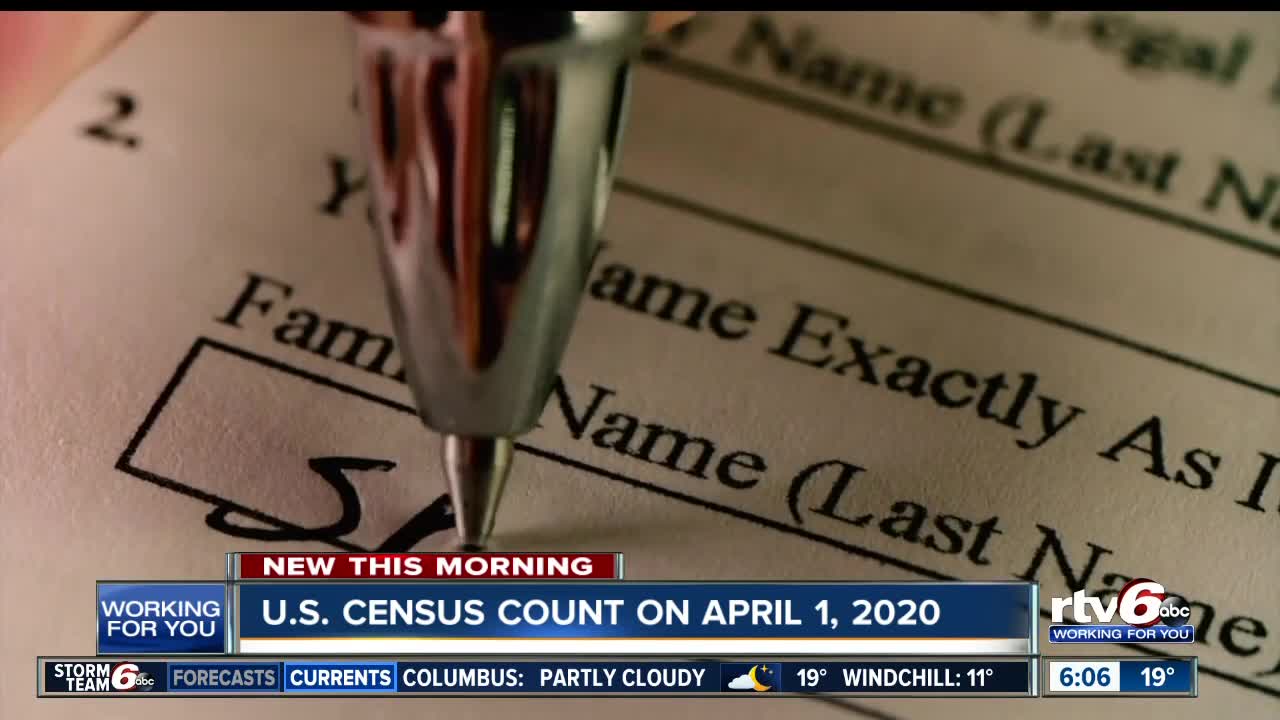 INDIANAPOLIS — It was our founding fathers who decided every ten years we needed an accurate representation of what the country looks like, and this year the United States Census Bureau will take their measurements.

This year, the U.S. Census Bureau is hoping to have an even more accurate count than years prior.

The bureau plans on using the internet as a way for people to self-respond. You can also fill out a paper questionnaire or respond over the phone. If you don't react in any of those ways, then someone will be sent to your door.

"We're talking nine questions, basically," Lacy said. "We are asking what does your household look like, who's living there, and basic demographics about the household."

She says with the information they gather from the Census, they're able to decide best where $675 billion in federal funding goes.

The U.S. Census Bureau is also hiring Hoosiers — the agency needs to fill 3,000 jobs at its Indianapolis office for temporary work.

The positions include Census takers and office personnel, with pay ranging from $22.50 to $25 an hour.