There are continued concerns about IndyGo's Blue Line 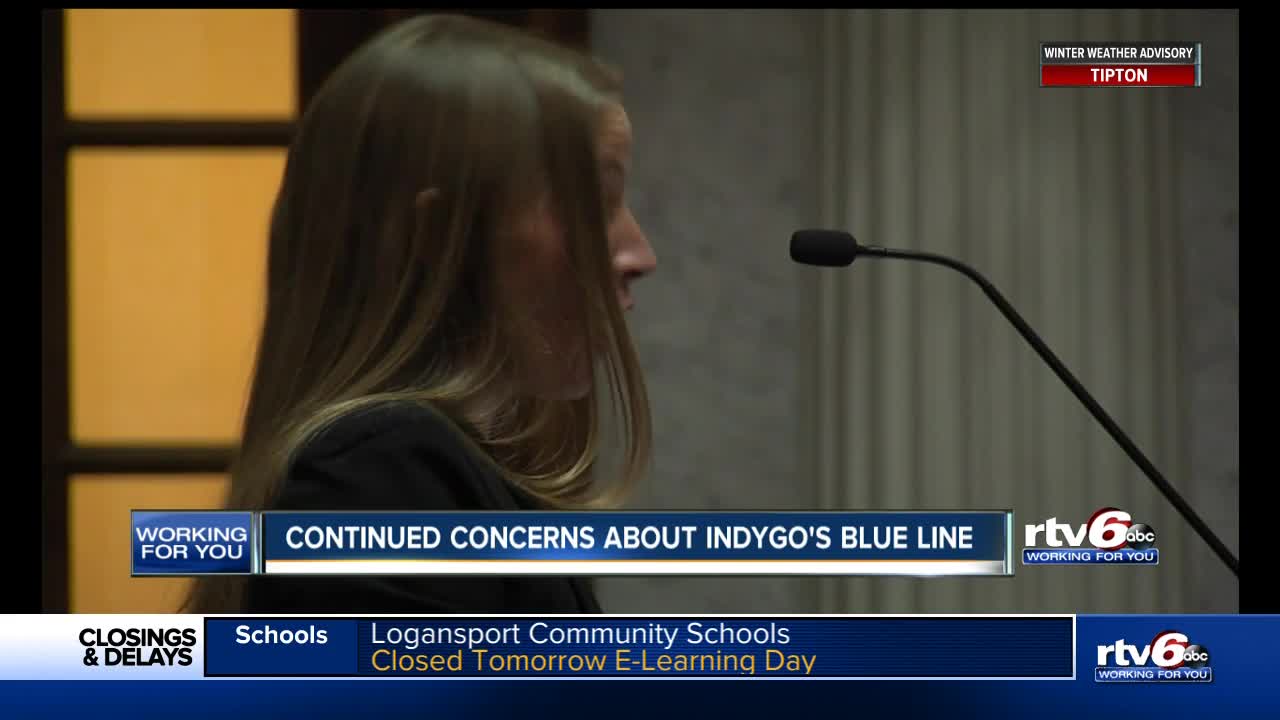 INDIANAPOLIS — A new route that will run east and west across Indianapolis, along Washington Street, is a cause of concern for some residents.

"We are not against mass transit, but we stand strong to support the changes that are necessary for the livelihood of our community," Rachel Hawkins, a concerned citizen about Blue Line's impact on the city, said.

The biggest issue everyone seemed to have is the plan to reduce the lanes on Washington Street.

"One lane east and one lane west ... giving the center turn lane and both fast lanes to IndyGo for bus-only lanes and center stations," Hawkins said.

Hawkins is spearheading the response to IndyGo's plans. She owns Markin Sales right along Washington Street. We talked with her last fall at a community discussion on this topic.

Hawkins and several others spoke at length about the negative impact they feel reduced lanes will have on their businesses and the surrounding community along Washington Street.

"We all want to see road improvement and beautification of Washington Street, but they certainly shouldn't be held hostage to this project or forced to sacrifice lanes," Hawkins said.

Senator Young couldn't answer many of their questions because this project isn't something he, as a legislator, would handle. Councilman Jared Evans responded to questions to the best of his knowledge, but everything kept going back to IndyGo.

"We have signatures of over 500 residents, and we have over 100 businesses on board to keep Washington Street four lanes," Hawkins said. "Our hope is that you will help us in this fight."

The plan to reduce lanes only impacts a portion of the proposed Blue Line route along Washington Street.

RTV6 is still waiting to hear back from IndyGo about the concerns raised at this town hall meeting. But in the past, a spokesperson has said they are taking notes and hoping to improve the plan while bringing more transportation options to Indianapolis.