There are steps you can take to prevent catalytic converter theft 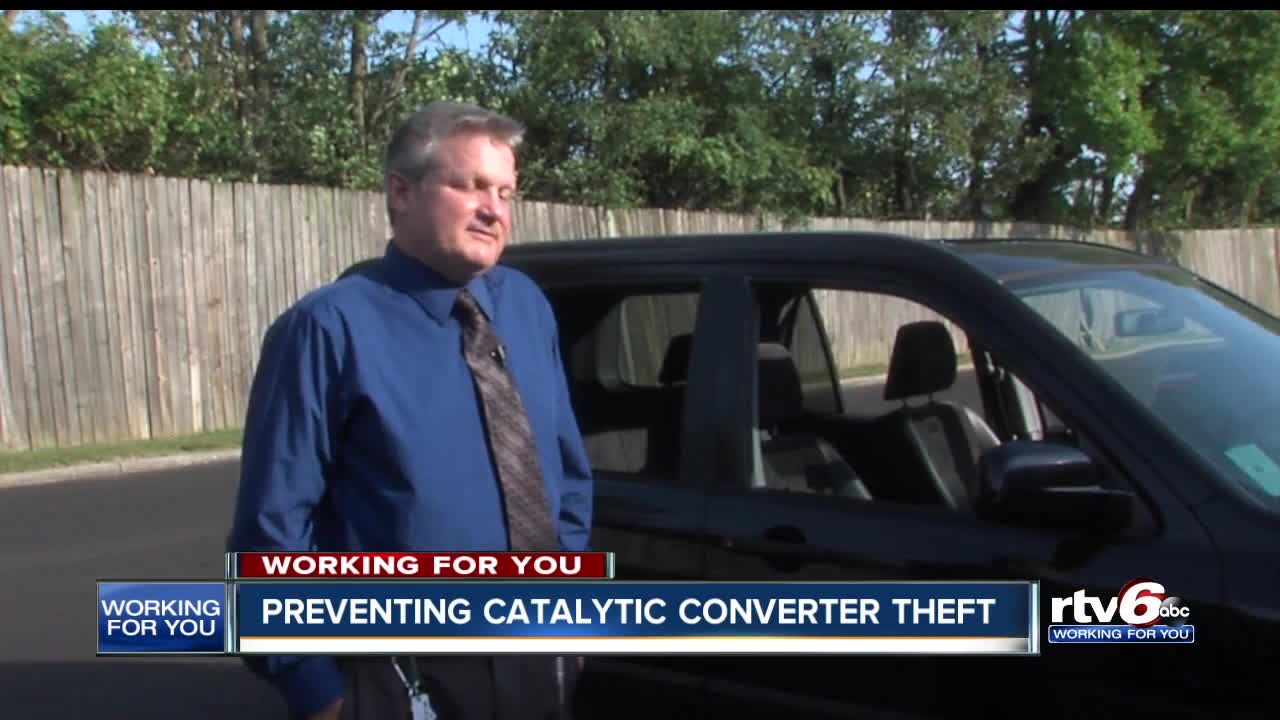 INDIANAPOLIS — Waking up to find parts of your car stolen is pretty much the last thing you want as you are heading out to work, but that's exactly what happened to an Indianapolis man Tuesday morning.

The sound of a car missing a catalytic converter lets the whole neighborhood know when Michael Grimm is coming home. The SUV he bought just weeks ago quickly caught the eye of a thief who slid under his truck with a saw.

"I came out this morning and started it up to go to work and it got really loud suddenly," Grimm said.

The person who stole Grimm's catalytic converter will likely trade that piece of metal in for an easy $100-to-$200, far less than what Grimm now has to pay for parts and labor to get his car running quietly again.

"It's an $800 repair job," he said. "It sucks. It's not right but, unfortunately, there's thieves out there and hopefully the police will stop this from happening."

While it seems like there is little you can do to protect your car from thieves, insurance companies like Allstate do provide a few tips.

Automotive products, like the cat clamp and cat strap, can be attached to the underbelly of your car. They prevent thieves from sawing off the converter and even set off an alarm if they try. Those products can be purchased online for $170.

But if that isn't in your budget, parking in well-lit areas away from trees and bushes is totally free. Making your car more visible gives thieves less cover than the ones who crawled under Grimm's car Monday night.

"I just want people to look out for each other and hopefully the bad people will stop doing what they're doing, but you know and I know you can't stop that," Grimm said.