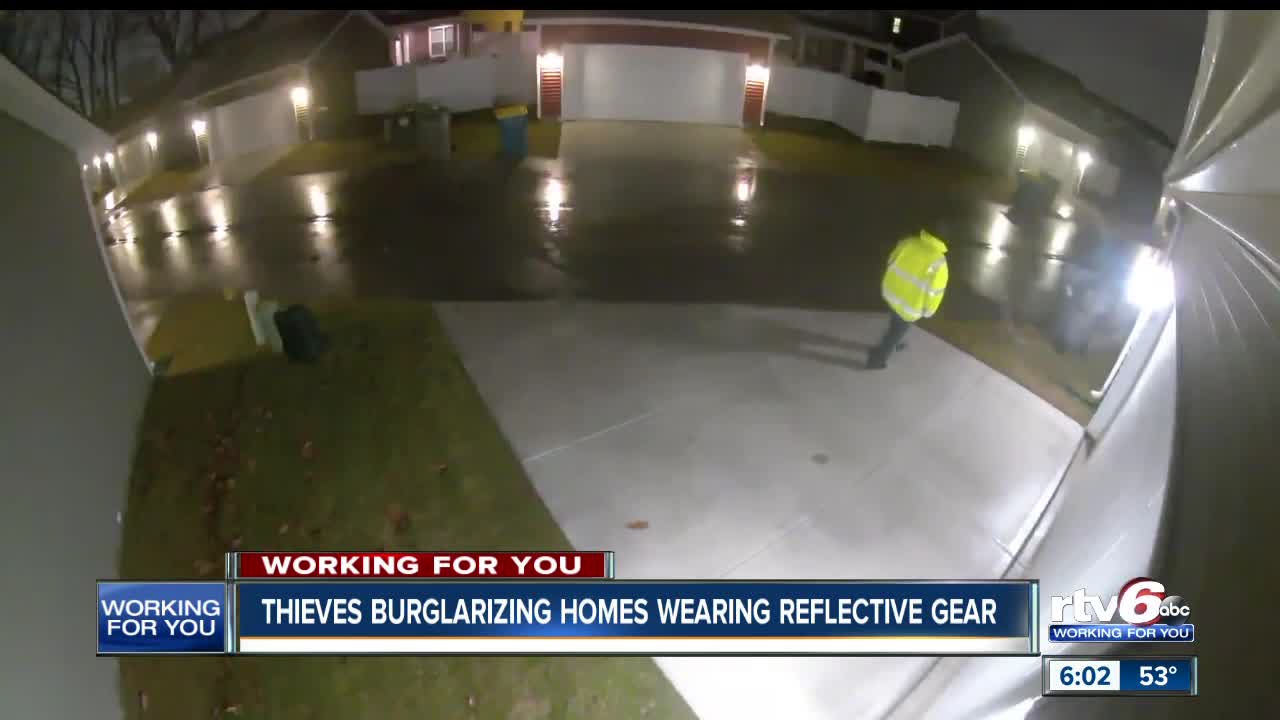 Rings videos show what appears to be the same person wearing a yellow reflective vest walking off with items from people's homes or front porches in a neighborhood just west of downtown Indianapolis.

INDIANAPOLIS — Ring videos show what appears to be the same person wearing a yellow reflective vest walking off with items from people's homes or front porches in a neighborhood just west of downtown Indianapolis.

Neighbors because there is construction in the area, he looked unsuspecting.

"It seems like there has been break-ins or there's been people stealing from the porches or going to people's garages probably at least two to three times a week," Joanne Sergi said.

There have been several police reports for theft in the last six weeks in the area.

A TV was stolen from inside Sergi's home.

"He must've gone through my front window, out my front door then went back took the screen off the window," Sergi said. "Evidently, he probably had fingerprints on there and set it down and then just casually walked right out in front of all of my neighbors video cameras."

Because it is a newer complex, she says there are a lot of construction workers coming and going all the time.

Indianapolis Metropolitan Police Department officers are aware of the issue and says they are adding extra patrols in the area to protect homeowners, as they do when crime increases in an area.