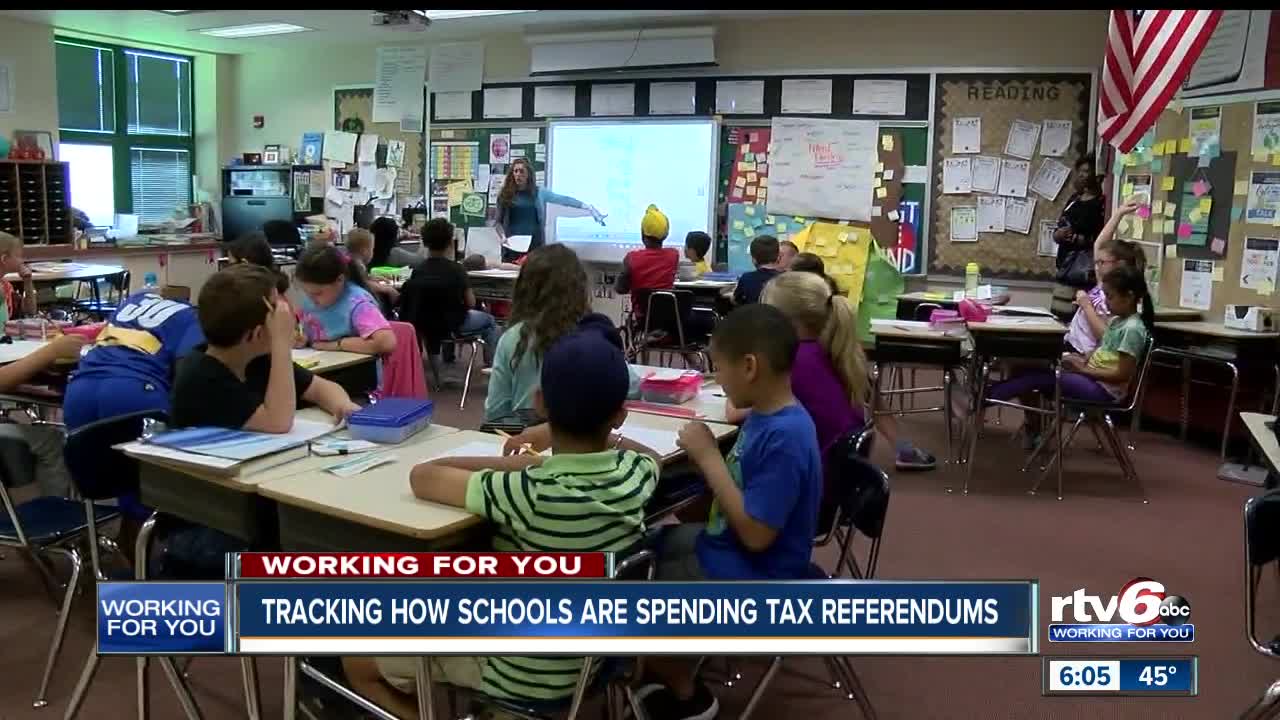 INDIANAPOLIS — Next month schools will once again ask you to approve money requests on your May ballot.

As we saw in last year's elections, passing school referendums can be a hotly contested issue. But when it came down to it, voters mostly backed the schools.

What was promised to voters in many referendums was to better pay teachers and increased security inside their buildings. RTV6 followed up with several districts that asked for millions of dollars from taxpayers to see if they've accomplished what they said they would

"When we got our property tax bill, it went up $1200. And the line share of that is school tax," Steven Turner, a resident of Avon, said.

It was a polarizing debate in Avon last May, whether to approve an extra $9.5 million a year for Avon Community Schools. Some people like Steven Turner, who does not have children in the district, is feeling now more than ever the increased property tax is unreasonable.

"This referendum is not about fiscal responsibility. It's about managing something that should not have been built in the first place," Turner said. "They built too much, too expensive, too big and now we are all paying for it."

Indianapolis Public Schools was another district that ran into roadblocks with voters.

IPS initially asked for $1 billion but negotiated down to $272 million to give teachers raises of up to nine percent.

"We made it clear - if you approve this referendum, it will directly affect the people in the classroom for teaching and taking care of your students, and your children every day," Robert Vane, IPS Spokesperson, said. "IPS has done that."

Anderson Community Schools also walked away with an additional 42.8 million dollars, with safety in mind.

As did Noblesville Schools, bringing an additional $50 million to the district.

"The biggest project... was the secured entrances for our buildings," Dr. Tim Smith, Anderson Community Schools Superintendent, said. Where there used to be only one door that was unlocked, now they installed two sets of doors that people have to be buzzed in from the main office to get into the school.

Renovations at Anderson High School and reopening the intermediate school are underway now.

During the election, Avon promised to hire 50 teachers and reduce class sizes; they now have forty-eight elementary positions and thirty-four secondary positions.