Tri-West students walk out in protest over fired school employee 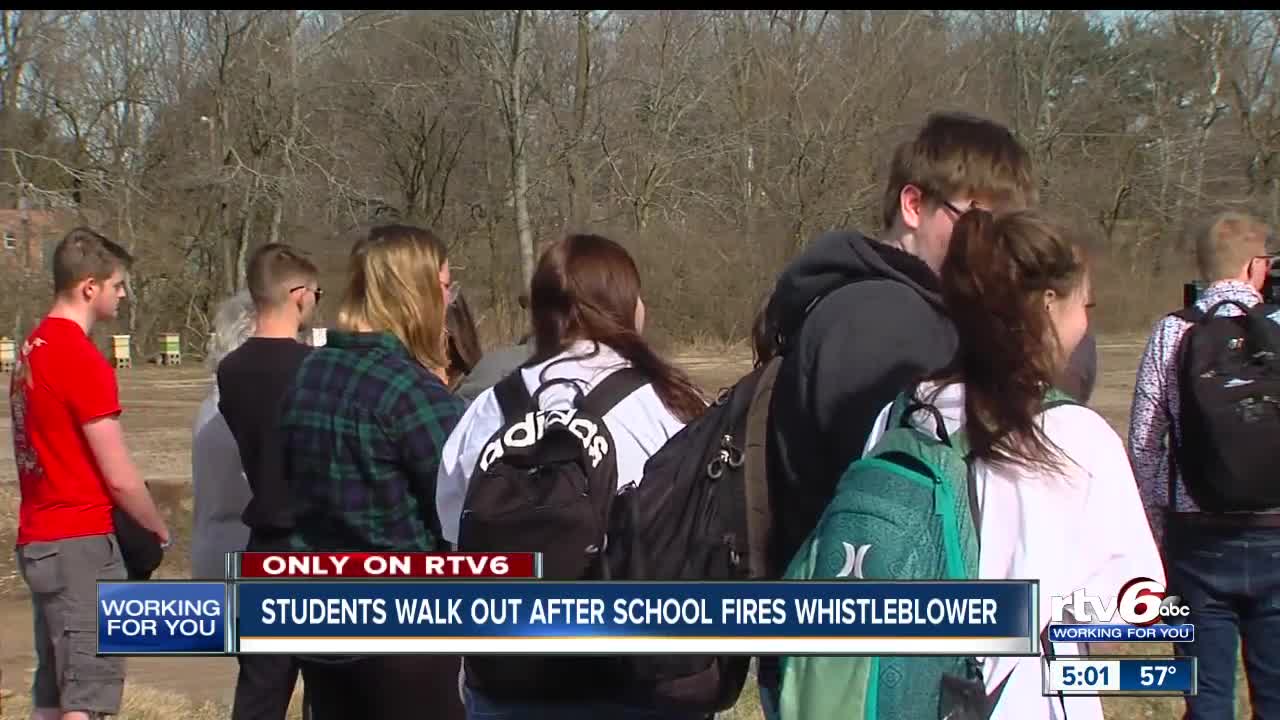 Tri-West High School students walked out to protest the firing of a school employee who helped expose alleged sexual misconduct at the school. 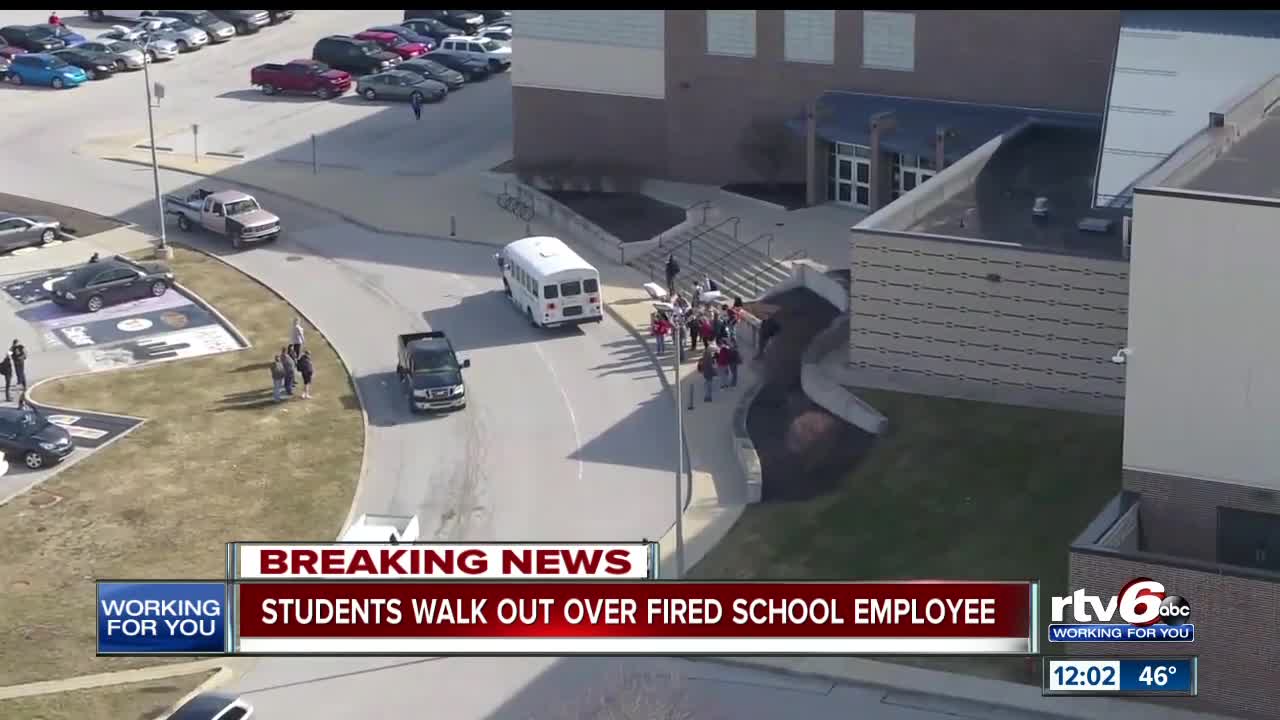 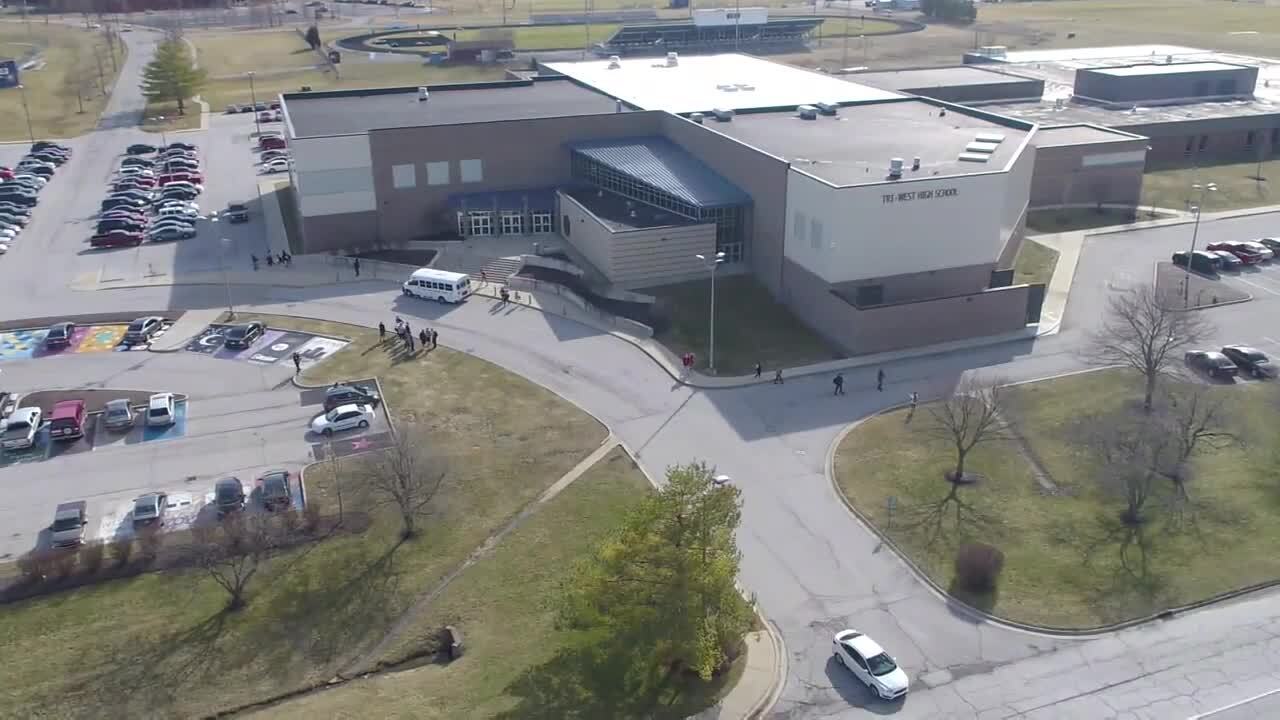 HENDRICKS COUNTY — Students at Tri-West High School in Hendricks County staged a walk-out protest Thursday morning following a Call 6 Investigates report that led to the firing of an attendance secretary at the school.

The former attendance secretary, David Pyatt, told Call 6 the school failed to protect students from a teacher who is charged with child seduction.

Several dozen students walked out and told RTV6 it was in support of Pyatt. Students and parents alike said they are upset about how the whole situation has been handled by school leaders.

"He got fired for doing the right thing and trying to keep us safe, and it's not fair," a student said.

The student walkout was planned for 10:25 a.m. Thursday, however students said the fire alarm was pulled at 10:23 a.m. North West Hendricks County School Corporation interim superintendent Scott Syverson wrote in a message to parents that Tri-West High School had a planned fire drill that occurred before the students walked out. Syverson wrote:

We had a planned fire drill today at the high school that has gotten some social media attention because it happened prior to the “walk out” by some of our students. This was a planned fire drill for the month as required by law and all protocols for a drill were followed. Students did an excellent job of exiting the building in a timely, safe manner and returning to class. To be clear, no students were blocked from leaving or reentering the building.

We also had about 48 students walk out after the fire drill as part of a protest to the recent termination of an employee at the high school. Those students were also allowed to leave and a few of them returned to class for the afternoon - many did not. Any student who missed class due to participation in the walk out was counted as unexcused for any class missed. No students were suspended or expelled for participating in the walk out.

Once students were back inside, a group got their bags and walked out, planning to stand outside door 5 in support of Pyatt, the door he often monitored.

Students said there were teachers blocking exits in an effort to stop the walkout. The students also said once they left they were not allowed back inside. One student said she forgot her car keys inside and she was not allowed to go inside to get them.

"We really respect Mr. Pyatt and we don't think he should have gotten fired," one student said. "I kind of think our school has not been the same and we want it to go back to normal. It's just kind of sad walking into a classroom and feeling like you can't learn because teachers and administrators are so focused on one problem."

A communications consultant paid by the district told RTV6 that, "Students need to be in school and can return. All absences are considered unexcused."

Students outside the school said they don't know what else to do and the situation has started to impact their day-to-day life at school and their ability to learn.

"It's just been really disturbing to see how it has changed our school and changes peoples' lives entirely," a student said.

Another student said her message to the school district's leaders is to be more transparent.

Parents react to the walkout

There were a few parents at the school showing their support for the students. Two mothers said after watching Kara Kenney's report on Wednesday they were disgusted by surveillance video that showed teacher and coach Tyler Bruce alone with a student in a room with the lights off.

The mothers told RTV6 the school district is sending the wrong message to students saying that firing Pyatt tells students if you do the right thing you will get punished.

"It made me sick, it really did," Laura Fleenor, mother of a Tri-West High School senior, said. "There is no words. You put your kids, your kids put their trust in teachers. There is a line. He crossed it. I was blown away from it. It disgusted me."

Rob Ecker, who owns the Rusted Southern Barbecue and Brewhouse in Lizton and is a parent of a Tri-West junior, served free lunches to students who walked out and said he supports them for showing how they feel about Pyatt's firing.

"While I understand there were some rules that may have been broken, (Pyatt) took a really hard stance on supporting our kids," Ecker said.

Tiffany Matthews, a parent, was at the restaurant and said she watched Wednesday's Call 6 investigation about Pyatt's firing.

"I wish more people would start taking it seriously," Matthews said. "It's very sad there are so many people still defending those people. It's disgusting. I've seen this young victim attacked so many times by adults. It's pathetic."