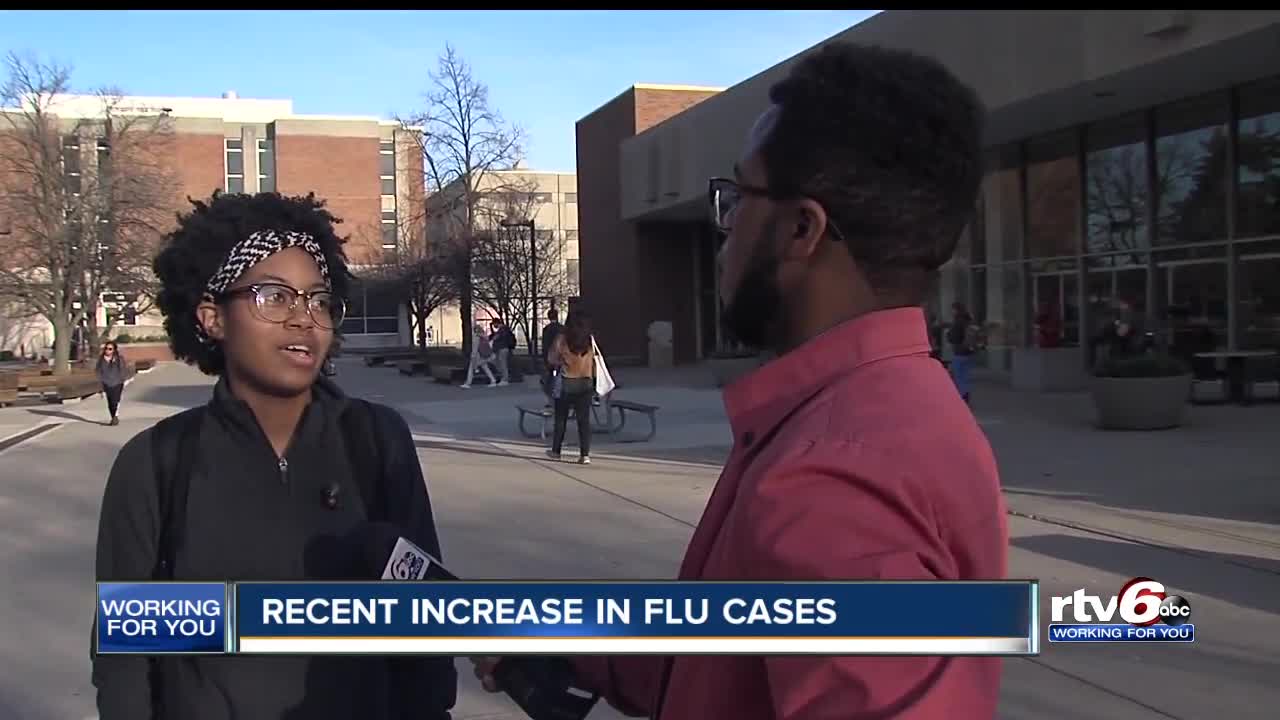 INDIANAPOLIS — Urgent cares in Indianapolis say they are seeing as many flu cases in March as they did in December, one of the typical peaks of the flu season.

Family nurse practitioner Suzanne Bachman with IU Health says about 75 to 80 percent of the patients she has seen recently have been for the influenza.

"You can't let your guard down," Bachman said. "Influenza is out there and it does spread through respiratory droplets, so it's very contagious."

RELATED | Local school district closed down due to sick students

She says a lot of the patients she treats are college students.

"They're coming in, their roommates have it," Bachman said. "It's spreading like wildfire."

Jada Ray, a junior at IUPUI says it's hard to avoid people who may be sick on a college campus.

"If you are too sick to come to class, just don't come," Ray said. "You can always send your professor an email."

Bachman says she recommends staying home and resting up to 5 days. She knows missing school or work that much is a lot, but says it's the most responsible thing to do for everyone's health.

MORE INFO | SYMPTOMS OF THE FLU