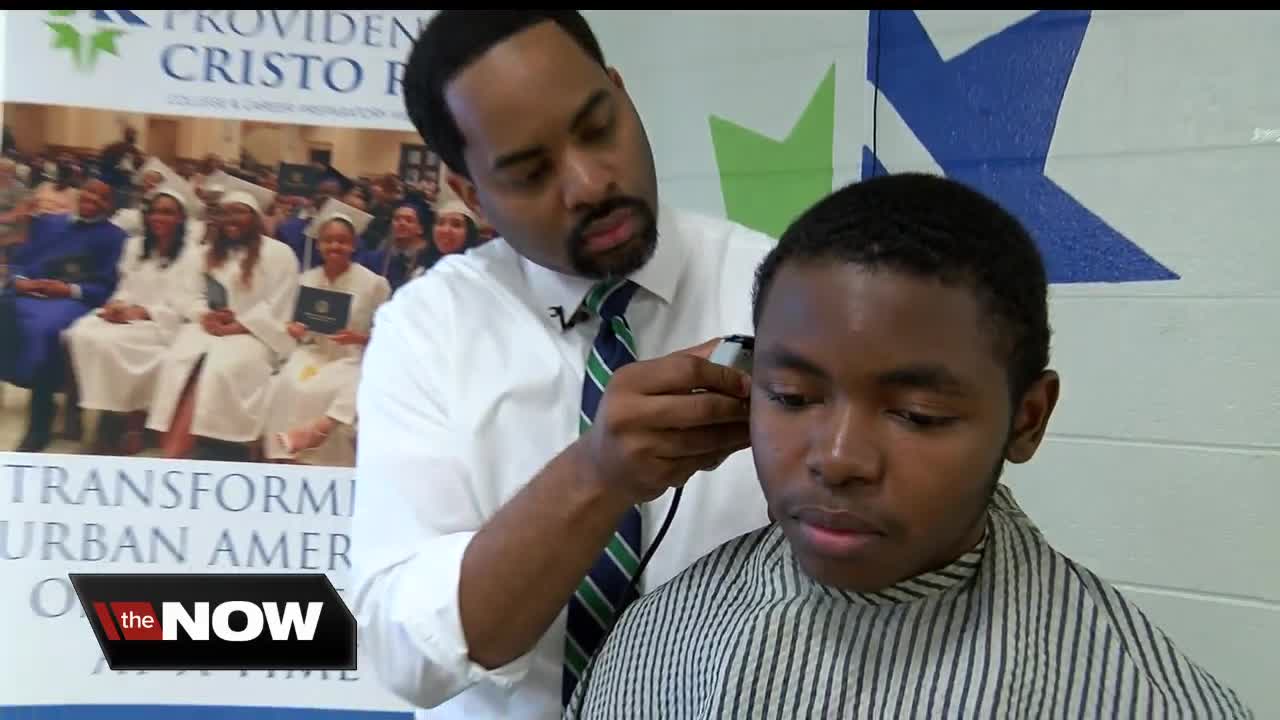 INDIANAPOLIS — A barbershop in an Indianapolis high school is mentoring male students to be the best they can be through grooming and guiding.

Fred Yeakey is not only the vice principal of Culture and Mission at Providence Cristo Rey High School, but he's also the school barber.

"A haircut is not about your initial cut. It's much like life," Yeakey said. "It's not always about getting a fresh cut it's about maintaining what you have."

He calls his shop, 'Grooming the Outer Man, Guiding the Inner Man.' Students set up an appointment to have their hair cut for free.

Yeakey styles their hair, like in a typical barbershop, while the conversation just flows.

"Where they can talk about grooming the outer man and talk about the man they can't see, but they feel," Yeakey explained. "Why am I angry? Why am I upset? And then, honestly, there's a lack of fathers. I become a surrogate father to so many people."

The idea is to give kids — particularly boys without male role models — an opportunity to bondman to man. He instills life skills and professional development.

"We actually talked about some things that kind of hit some soft points," Derryck Strode, a senior at the school, said.

Mr. Yeakey empowers these young men to be the best they can be.

"How to be an African-American in a corporate world," Strode said. "You could say it broke us down to build us up."

Cristo Rey is a private school, meant for low-income, minority students. They say they're part of the solution to Indy's growing crime problem.

"We started talking about stuff that really made me think about it. I matured a lot," Richard Underwood, a senior at the school, said. "I stayed out of trouble because I knew I had a bigger mission."

With a simple haircut, Yeakey is changing children's lives.