Water bill hike comes as a surprise to many in Martinsville 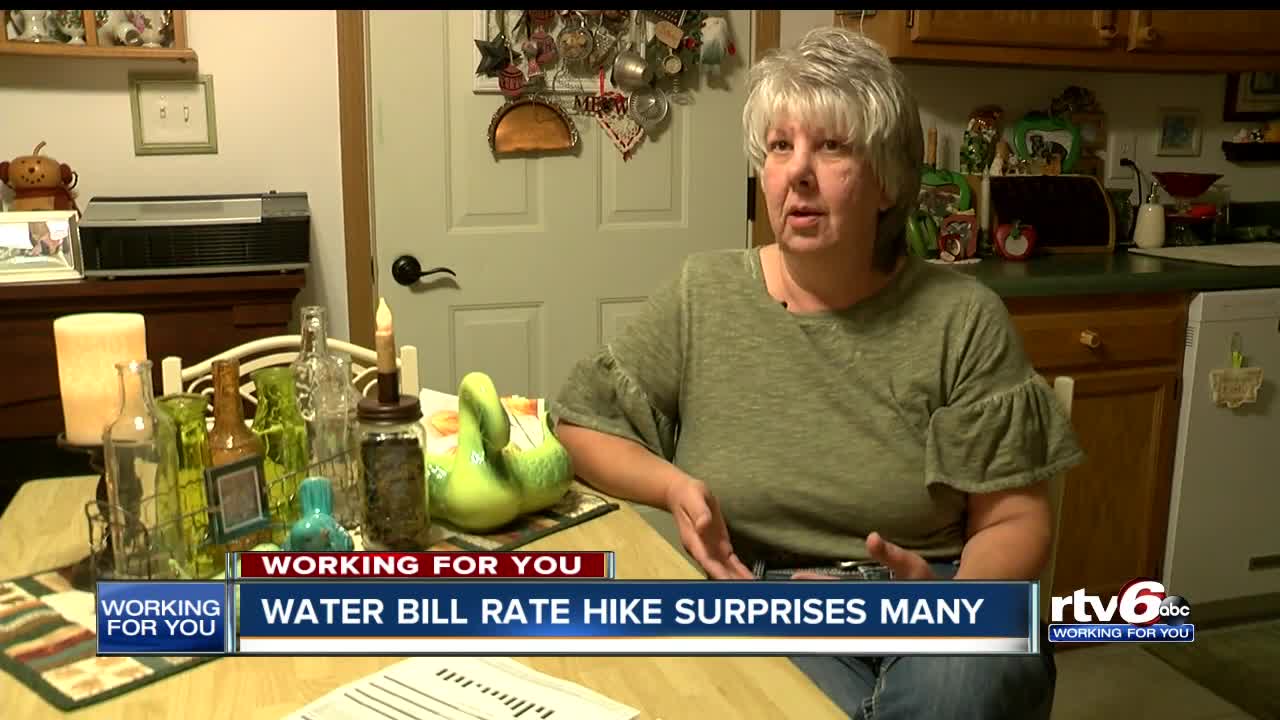 Many Martinsville residents opened their water bills this month and couldn't believe they're not paying, in some cases, double what they paid last month.

MARTINSVILLE — Water down the drain is now more expensive in Martinsville. For people like Sharon Halverson, many people in the Morgan County town don't have much room for surprise increases in bills.

"It is difficult because you're on a fixed income, so you budget everything out. Every month for this and that," Halverson said.

In the span of a month, Halverson's water bill doubled from $45 to $90. The main culprit was the water waste charge, which increased from $20 in October to $50 this month.

Over the course of six days of trying, no one with the city would agree to go on-camera with RTV6. However, the mayor's office said the sewer rate increase shouldn't be a surprise to anyone. The city released public notices over the summer laying out the increases, inviting the public to give their comments to the Board of Public Works.

The Reporter-Times published the notices and did stories about the proposed price increases. Managing editor Stephen Crane even wrote a commentary where he laid it out plainly.

Crane wrote that the city needs to do a better job of informing the public about rate hikes, realizing not everyone reads the newspaper. And the public, Crane wrote, should get more involved by showing up to public meetings and giving opinions to elected officials.

Indiana law allows cities like Martinsville to increase waste water rates, but cities must go through the Indiana Utility Regulatory Commission to increase water usage rates. Martinsville has a rate case pending with the commission. It can be found here.

Halverson said she is never going to be caught off-guard like this again. She hopes the city does its part next time to better inform citizens.

"The correct and right thing would be to type up a little note and put it in your water bill," Halverson said.