West side residents ask questions about the Blue Line 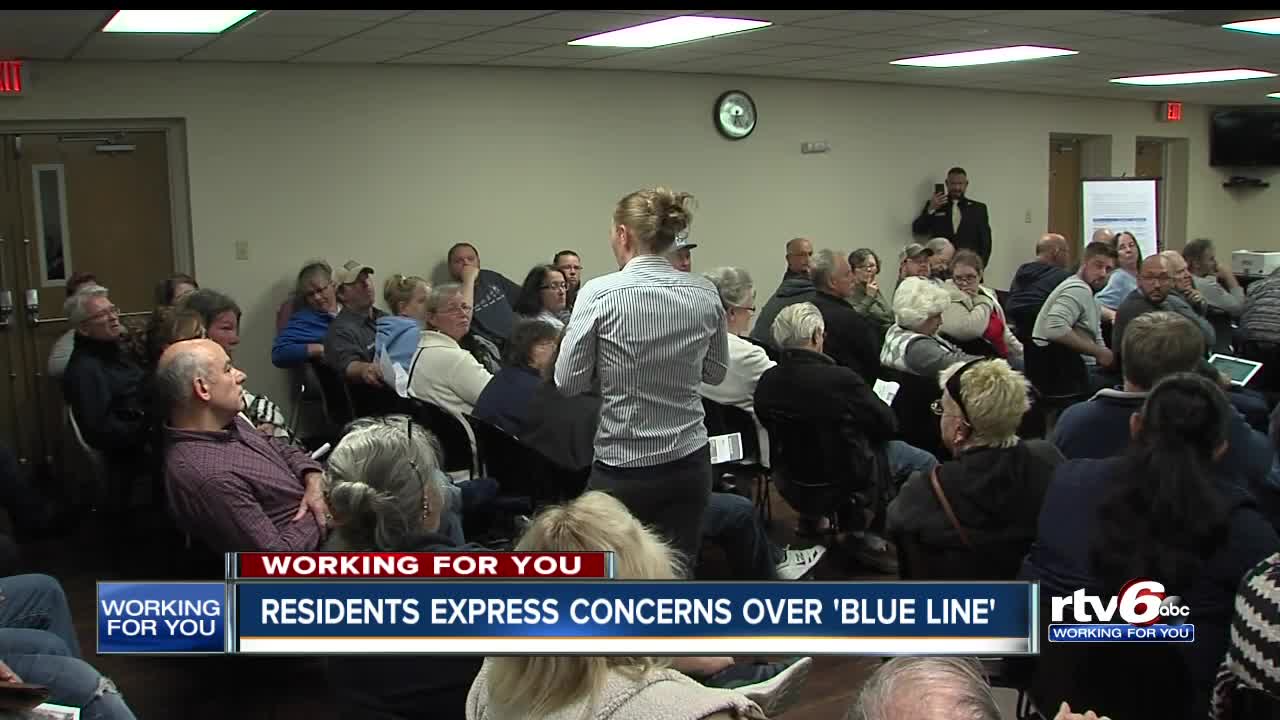 With the Blue Line still in the planning stages, it's easy for misinformation to get mixed in with genuine questions.

INDIANAPOLIS — It's been a month-and-a-half since IndyGo's Red Line opened and already west side residents are talking about the Blue Line, even though it's still three years away.

With the Blue Line still in the planning stages, it's easy for misinformation to get mixed in with genuine questions.

At a packed community meeting, people expressed their concerns about seeing West Washington Street transformed into a road with a bus lane in the center and a single lane for cars stretching from Cumberland Road on the east side to the airport on the west.

"Yeah, there's different segments along the Blue Line," Evans said. "It is a very large project. It runs almost county line to county line on Washington Street and so there different sections of it. Part of those sections do have dedicated lanes."

The Blue Line comes in a 5-part plan, with each segment needing its own unique design. But there are parts of Washington Street currently slated to be rebuilt with one lane for cars and one lane for buses in each direction, including on parts of West Washington where business owners are concerned.

"I think the biggest thing that people are concerned about is we have always had shared lanes with the bus and it has always worked great," Rachel Hawkins said. "Whenever you hear that you're going to lose a lane of traffic in each direction, that is going to cause traffic congestion, there's no doubt about it, and according to IndyGo's own report, that's what it states."

IndyGo said that while the Blue Line is coming, they are still taking notes and listening to resident concerns hoping to improve a plan while bringing more transport options to Indianapolis.

"Its super-exciting to see a community like this so engaged in what's going on so it was great to hear directly from residents and property owners and business owners from the West Washington Corridor tonight and, like you said, we took notes lots of notes and that will go into the planning," Evans said.