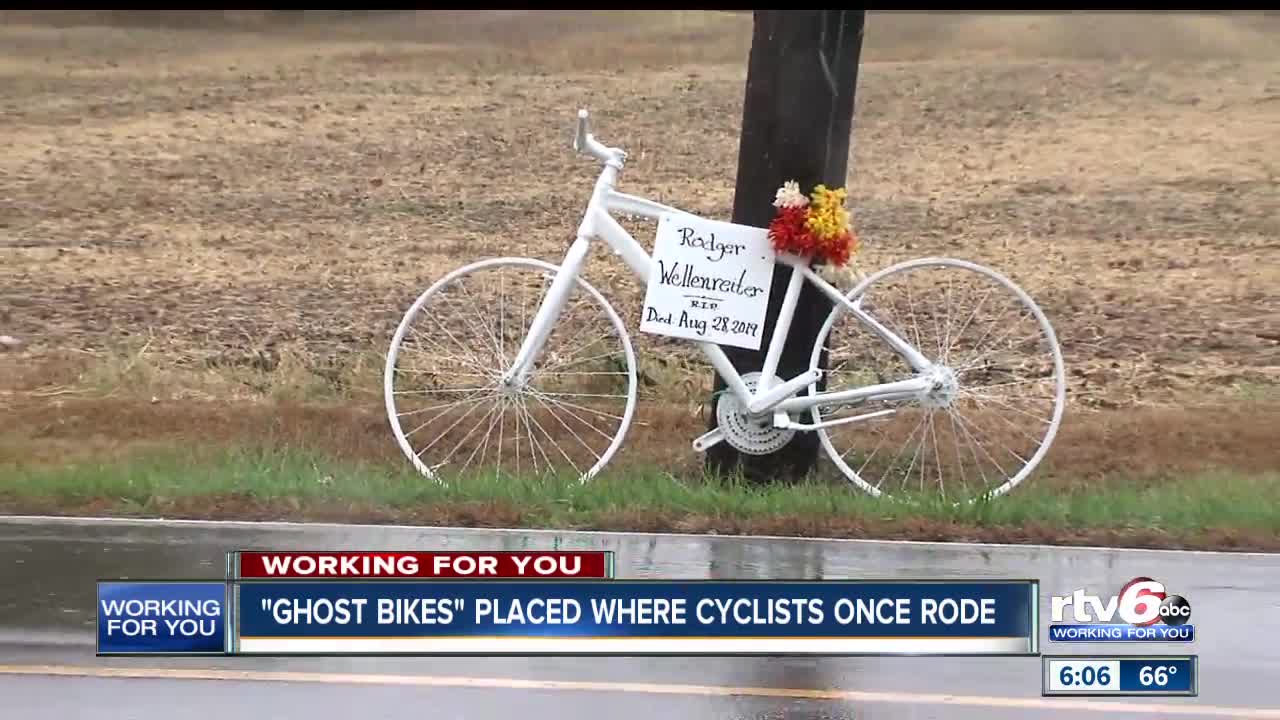 White bicycles have been popping up all over Indiana to remember those who died while biking. 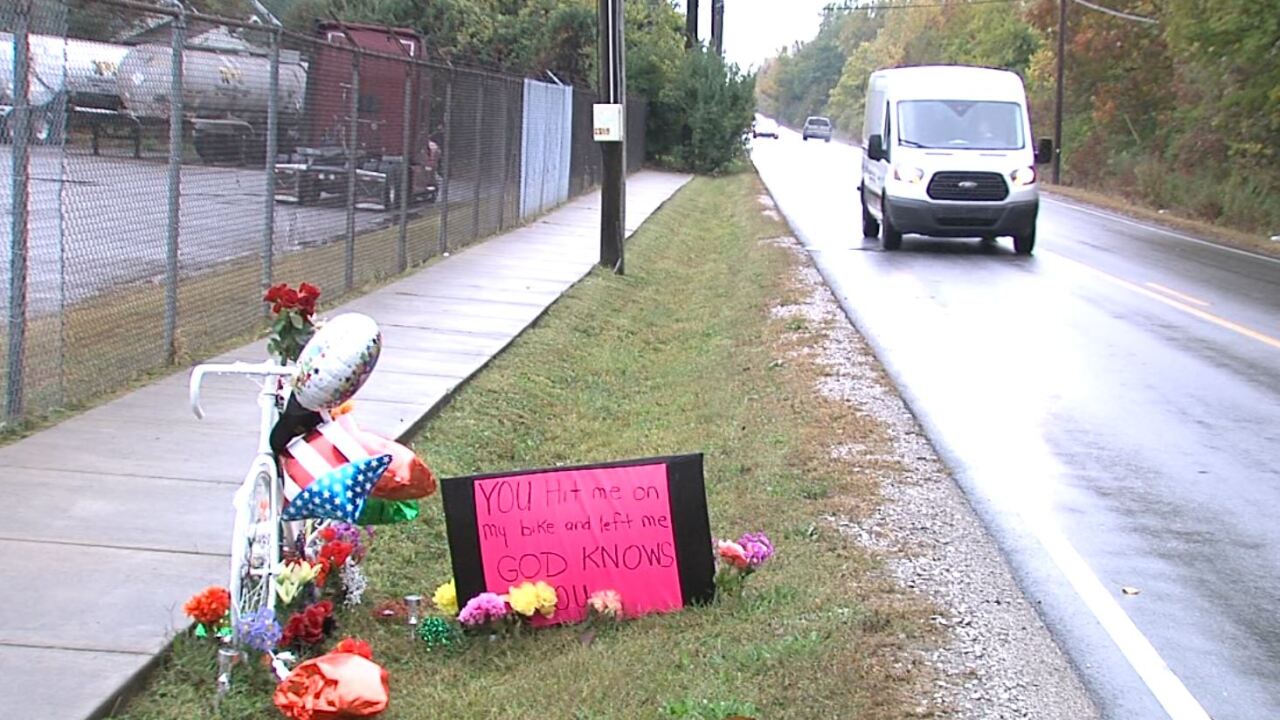 GREENFIELD — White bicycles have been popping up all over Indiana to remember those who died while biking.

The bikes, called "ghost bikes," are placed by strangers in areas where someone has died while biking.

White bikes have been spotted in Fishers, where Robert Lackey was killed, Greenfield where Rodger Wellenreiter was killed and on the west side of Indianapolis.

Andrew Talbott was in the hospital for 10 days after he was hit by a car while riding his bike near Plainfield Avenue. He later died.

Talbott was dating Holly Schmidt's daughter and lived with them for the past two years.

Schmidt said she noticed the bike, but couldn't figure out who put it there.

The bike was placed by people like Sheldon and Martha Hall. Their volunteers for Indiana's Ghost Bike Project.

"Generally they're bikes that are beyond repair," Martha said. "And then we bring them home and Sheldon start stripping them down all the moving components."

The bikes are then painted and placed as a memorial.

If you would to learn more about the group, you can visit the Ghost Bikes website.