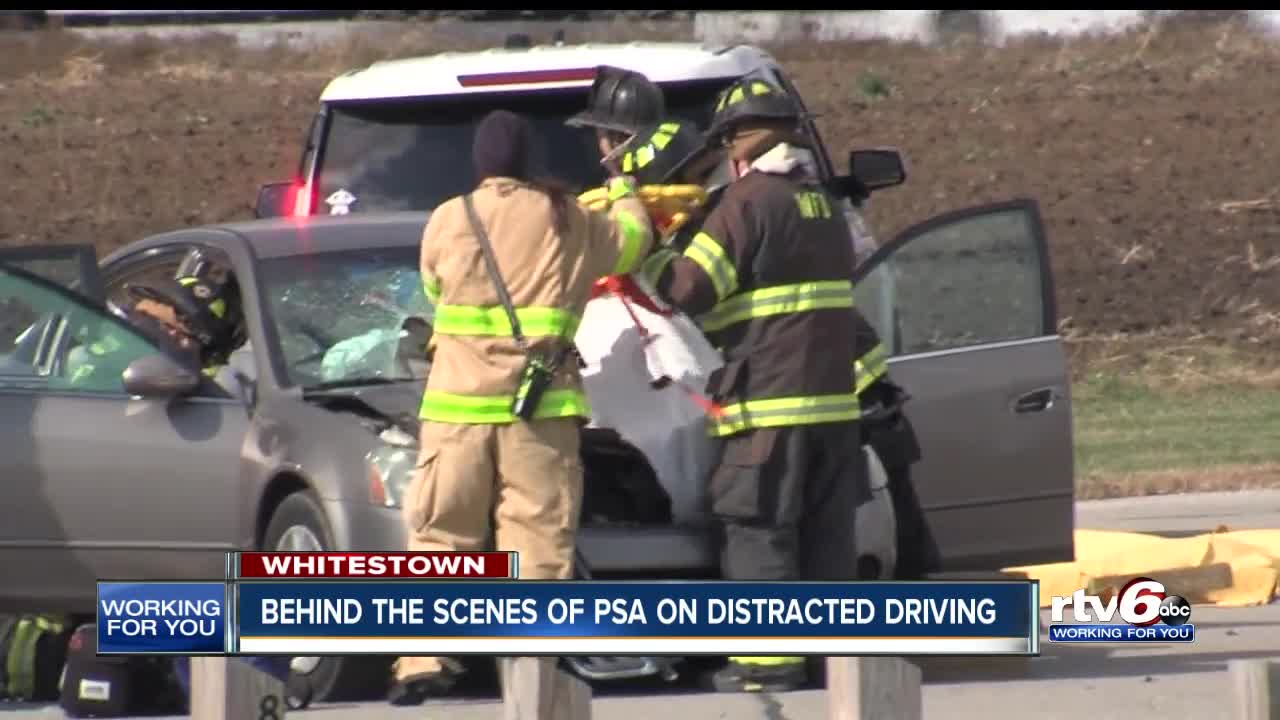 The Whitetown Fire Department is creating a public service announcement video to show people the dangers of distracted driving.

WHITESTOWN — The Whitetown Fire Department is creating a public service announcement video to show people the dangers of distracted driving.

Once completed, the video will be viewed by people in virtual reality goggles at public safety events in 2020. The department hopes it will help prevent crashes.

In 2017 in Indiana, more than 10,000 crashes were caused by distracted driving, according to the most recent data from the Indiana Criminal Justice Institute.

"About 60 percent of accidents under the age of 18 are because of texting and driving," WFD Deputy Chief of Operations Clinton Crafton said. "It's not just teenagers. We are trying to relate to one audience here, but it's you and I and everyone watching as well."

Between 30-40 volunteers from different agencies are working together to create the 360-degree video.

"You'll see everything just exactly like it would be if you were riding in the car had the accident and being flown to the hospital," Crafton said.

A few teens volunteered to play a role in the video.

"I have seen a lot of those drug abuse or alcohol videos but I've never seen one that went into depth like about a car accident like this," Isaiah Crafton said. "Especially with a 360 camera from the perspective of being in the accident I think this is something totally new it's going to be cool I think."

Clinton Crafton says the department does a lot of work to prevent fires, but preventing traumatic injuries doesn't get a lot of attention.