Why an ordinance in Indianapolis to reduce crime didn't last 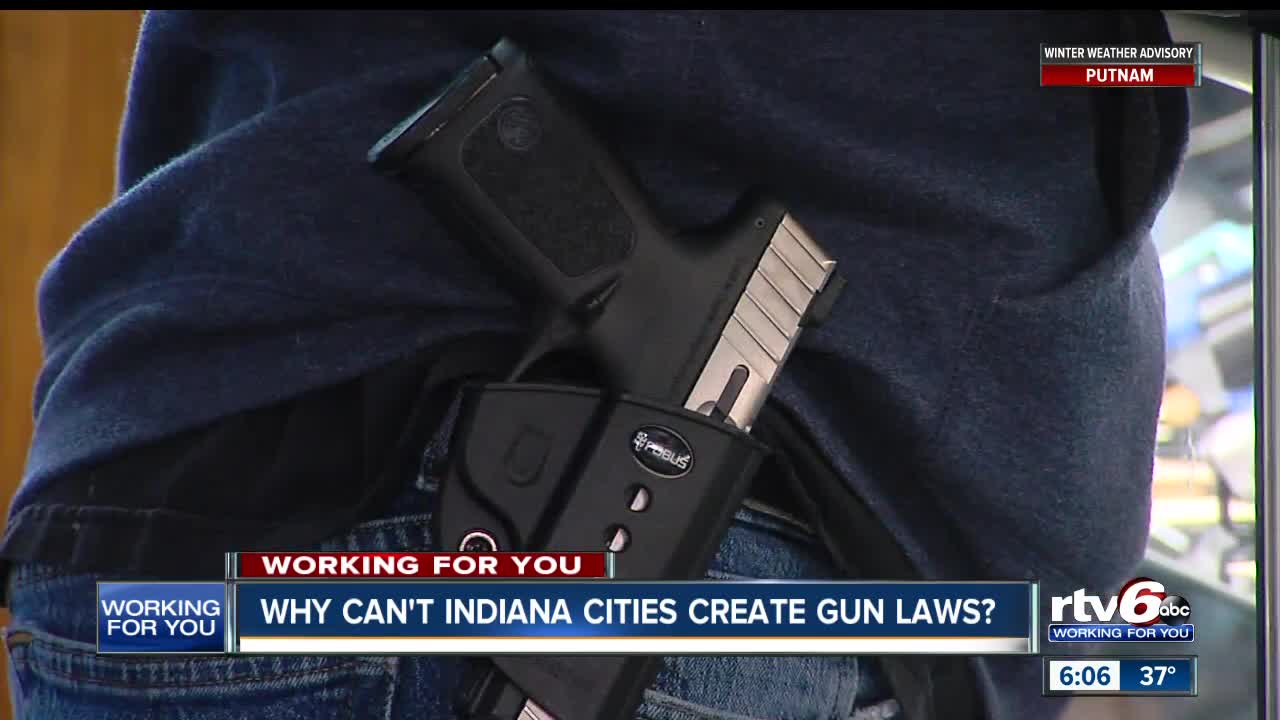 Flashing red and blue lights are brightening neighborhoods in Indianapolis overshadowed by crime.

So far in 2020, there have been more than 20 homicides, according to data from the Indianapolis Metropolitan Police Department.

"We've got an epidemic in Indianapolis of gun violence and it makes no sense to me once so ever," Kip Tew, a former City-County Council member said.

In 2015, Tew saw a need for an ordinance to help investigators since so many crimes were being committed with stolen guns.

"It wasn't the answer to our gun violence by any stretch of the imagination but it was one more tool they could use in fighting crime, tracking guns, solving what's going on in this community," Tew said.

The then-mayor, Greg Ballard, vetoed an ordinance that would have required gun owners to report their guns stolen within 48 hours of theft or pay a fine.

"I did not buy that any city ordinance or state law that would curb these criminals from doing criminal acts," Greg Burge, owner of Beech Grove Firearms, said.

For more than two decades, he worked with IMPD and say he doesn't think an ordinance giving gun owners extra responsibility is what's needed to curb crime.

"I don't see how the two bridge each other to solve anything," Burge said.

While Burge and Tew have different ideas on how to decrease crime rates, they both say they want to keep guns out of the wrong hands.

"Having talked to current councilors, there is definitely some talks about reviving and potentially looking at it again," Tew said.

As of now, the mayor's office says a new ordinance is not on the radar.