With street lights out, Noblesville drivers feel left in the dark on 146th Street 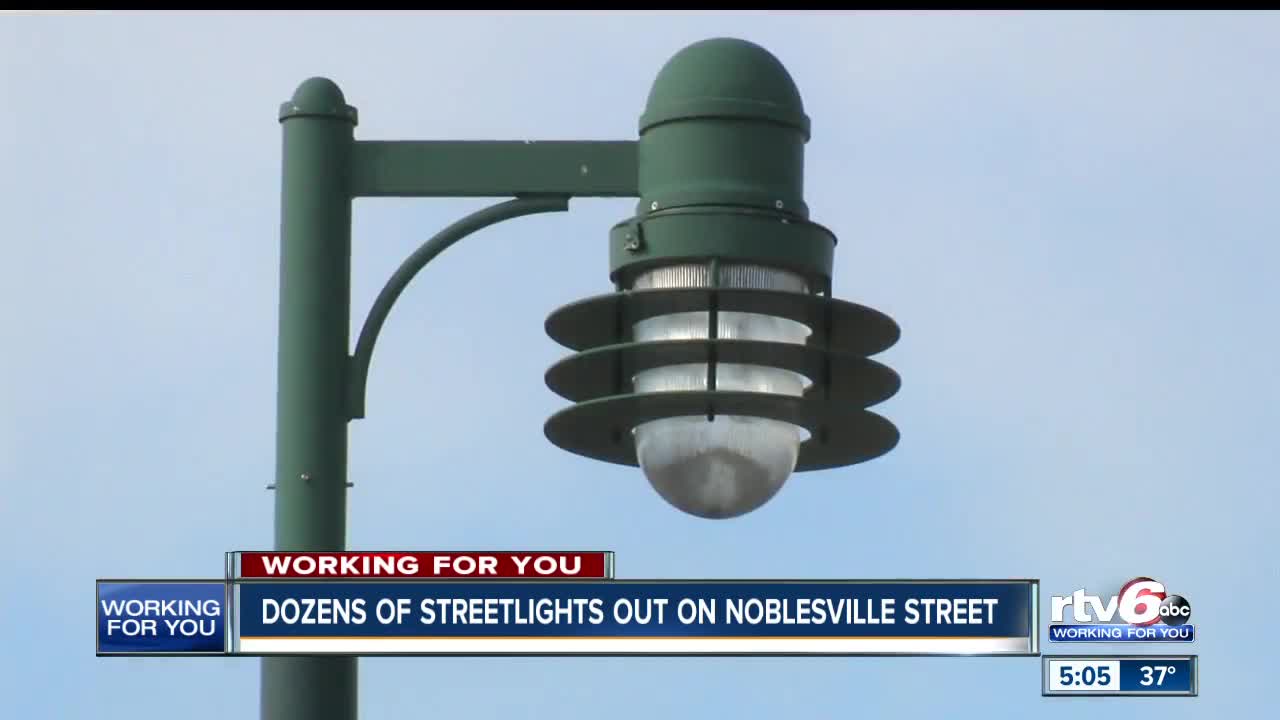 Dozens of streetlights are not working on a busy Noblesville street.

However, at night, many of the lights aren't working. Lee Abernathy, who lives in Noblesville, first noticed two or three lights out and then she started counting.

"Monday night, I was getting off of 69 around 8:30 at night and it was real snowy. I just thought well it seems a little dark out here," Abernathy said. "I started counting and there it was probably maybe 50."

RTV6 drove to the area Wednesday night and counted at least 40 lights out along 146th Street just off State Road 37.

"My concern is the lights are out and it's dark and they need to be fixed," Abernathy said.

Duke Energy and the City of Noblesville are both aware of the issue and they know people in the area have concerns. Replacing streetlights is identified as one of Noblesville Now capital improvement projects for the near future.

The city has had preliminary discussions with Duke Energy about improving safety and aesthetics in the area, which will include the new energy-efficient streetlights from State Road 37 to I-69. Right now, there is no definite timeline and a city spokesman said funding is a factor.

The spokesman said it is a wiring problem, rather than a light bulb issue. He said some of the damage is due to field mice and other animals getting into the conduits and chewing on the wiring.