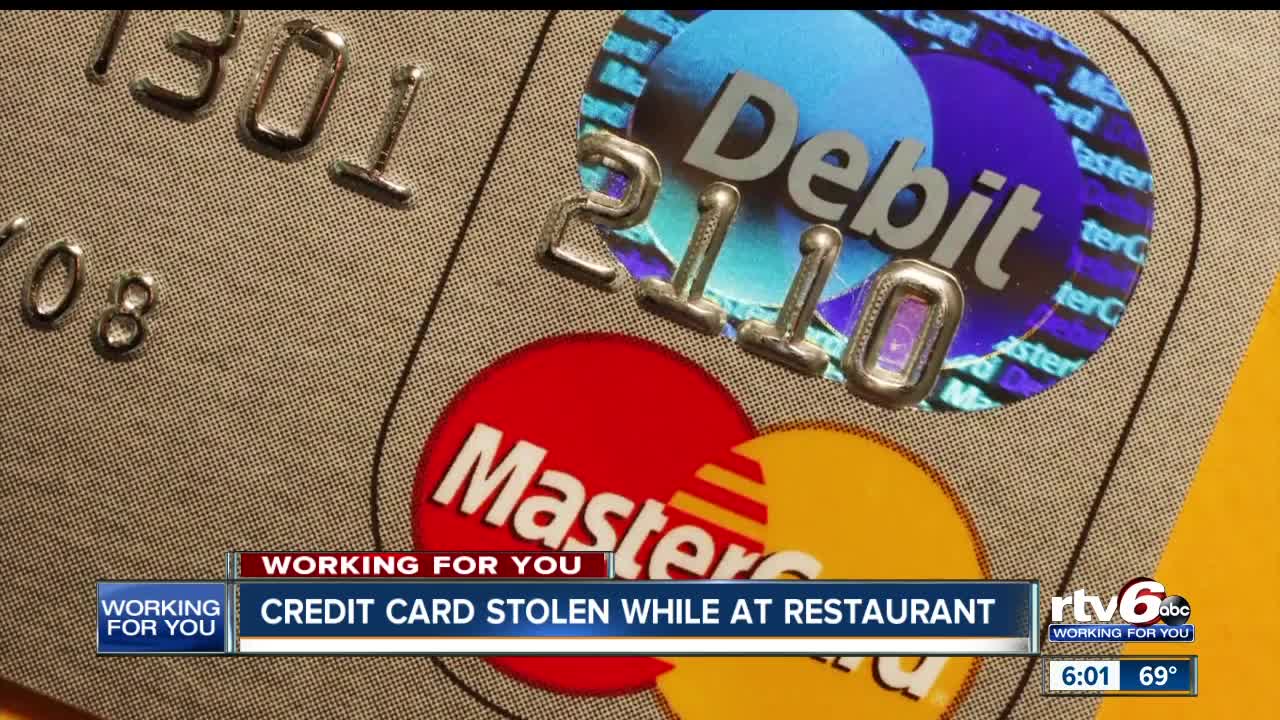 Indianapolis woman left her credit card at a restaurant. Hundreds of dollars in purchases were made and the restaurant still has the card.

INDIANAPOLIS — On Monday evening, a woman accidentally left her credit card at Red Lobster in Castleton after paying her bill. Next thing she knew, she checked her online statement and saw someone tried spending hundreds of dollars, all while the card was still there.

"Unbelievable to me. I've dined at this restaurant for 20 plus years. I've never had a problem," Sherri French, whose card was stolen on Monday, said. "But never in one million years did I suspect when I handed my credit card over that this would happen."

French was mortified to see 13 attempted transactions on her credit card when she didn't have it.

"What would give the person even the forethought to think this was something that was OK to do?" French asked. "And then, to use door dash service, an online purchase at Nordstrom's for $400? All within a short amount of time."

Sherri called the restaurant once she realized she left it there.

Red Lobster said they put it in their safe. It turns out, it was anything but that.

Tim Maniscalo, with the Better Business Bureau, says they don't track how often this type of fraud happens. Although, credit card companies are quick to catch it on their end.

Maniscalo says that crooks will first try minimal transactions to see if they can get away with it, before making larger purchases.

"Whenever that card is out of your sight, anybody can copy the number down," Maniscalo said. "Take a picture of it; you just don't know."

"This happened to me, it's probably happened to others, and it will probably continue to happen," French said of the situation.

In a statement to RTV6, Red Lobster said:

Red Lobster says they are committed to actively participating in any investigations with police or the credit card company.

"It causes a lot of fear and anxiety, unnecessarily, for a consumer to be concerned about this," French said.

It's still unclear if someone at Red Lobster took the information. According to Experian, credit card fraud is the most common form of identity theft, followed by employment or tax-related fraud, phone, or utility fraud.

You can set up 'fraud alerts' through your credit card companies if you haven't already. This way you can be notified if somethings been compromised.