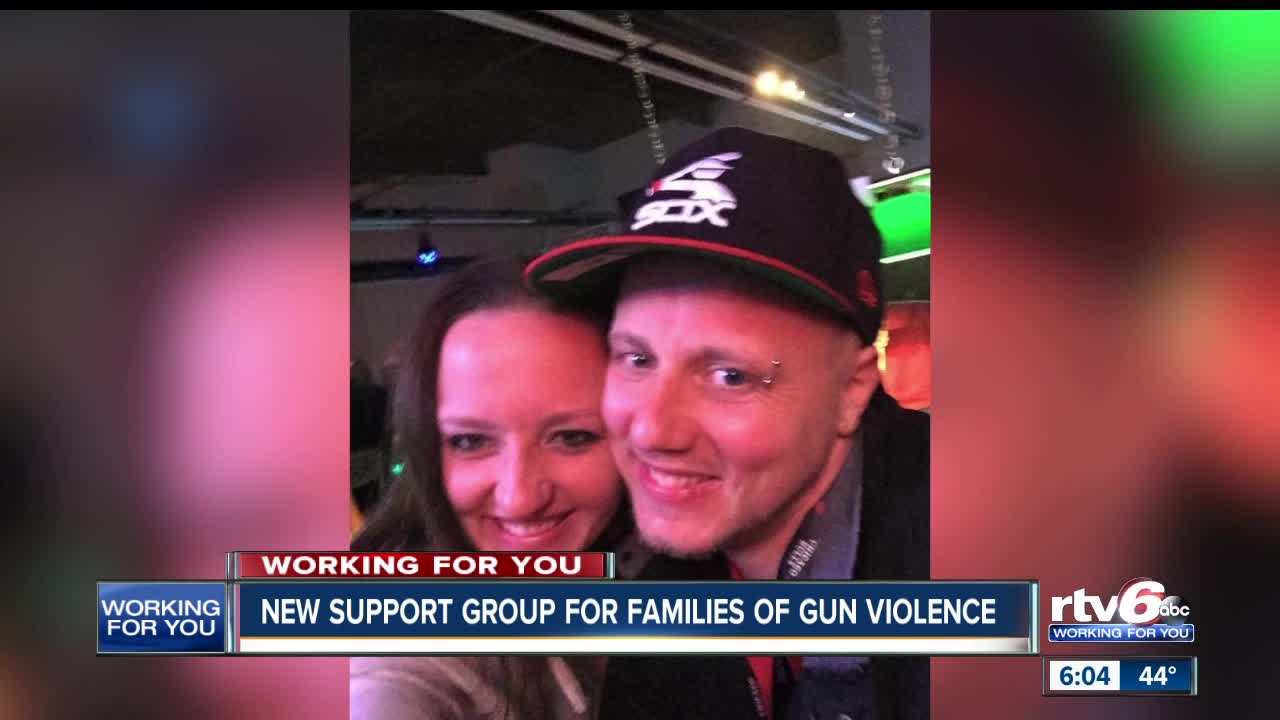 A Central Indiana woman is helping families of victims of gun violence after her son was killed and she said she had no where to turn.

ANDERSON — A Central Indiana woman is helping families of victims of gun violence after her son was killed and she said she had no where to turn.

After her 38-year-old son, Tommy Ogle, was shot and killed over an argument in an alley near downtown Anderson, Sandy Stapleton was looking for support groups.

Stapleton said she tried the grief group at her church, but no one could relate to losing a child in a murder.

She then tried Moms Demand Action for Gun Sense in America, but the closest chapter was in Muncie, so she decided to start her own group, Tommy's Voice.

Stapleton plans to bring counselors and experts to speak, listen to people's stories, a shoulder to cry on, and resources, during the meetings.

"I do know that there's other moms out there, there's other sisters, brothers, aunts, uncles that have lost people due to a gun violence," Stapleton said. "Because it's everywhere."

The first meeting is scheduled for 6-9 p.m. Thursday at Cross Roads United Methodist Church in Anderson.

Group meetings for Tommy's Voice are scheduled for the third Thursday of every month.