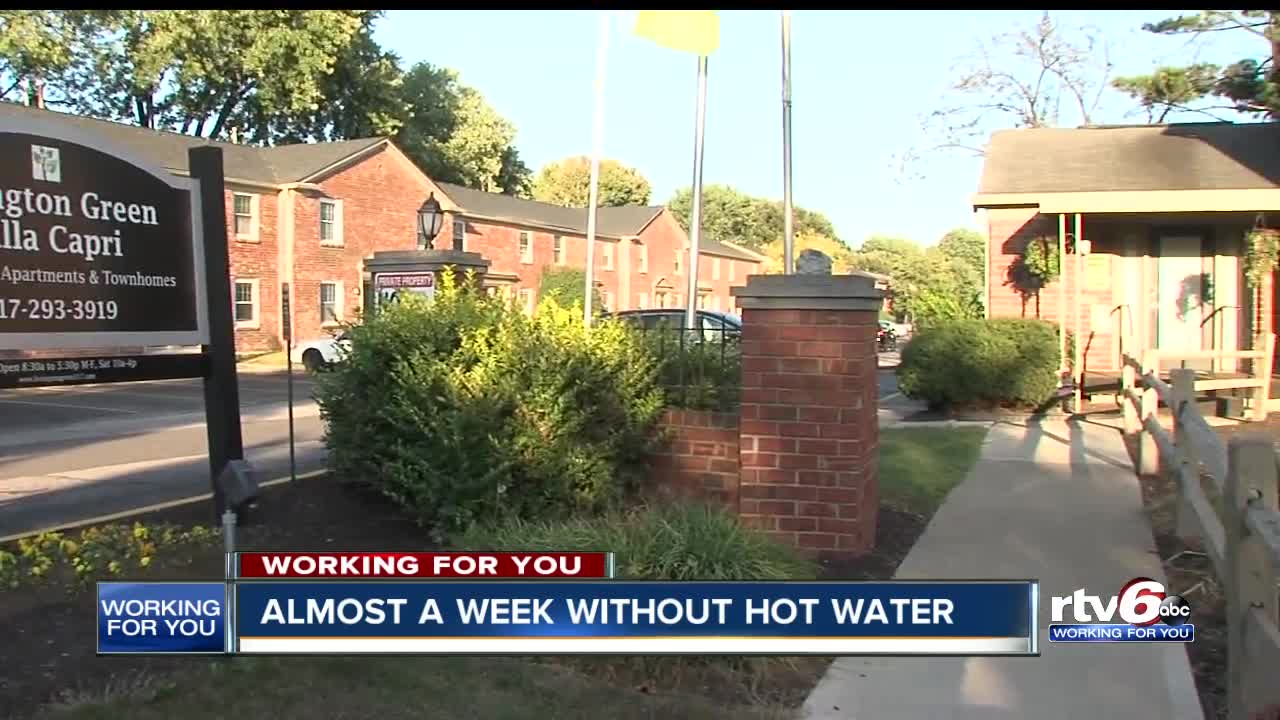 A woman says she is having major issues with her apartment and the owners aren't doing anything about it.

INDIANAPOLIS — A woman says she is having major issues with her apartment and the owners aren't doing anything about it.

Tiffany Strate says her and her neighbors, who live at Lexington Green and Villa Capri near Speedway, haven't had hot water since their water heater broke.

"This gas was on," Strate said. "I had to call the gas company today to come and turn it off because there were gas fumes going for six days."

There was water all over the floor and electrical wires hanging nearby. Some of the wires were close to the ground.

Strate reached out to the apartment to fix it and she says they never follow through on their promises to make the repairs.

She reached out to the Marion County Health Department to notify them of the problem.

The health department says if something like this happens to you, you should notify them.

RTV6 reached out to Barrett Asset Management by phone, email, and visiting their office. The email was undeliverable. We are still awaiting a response.