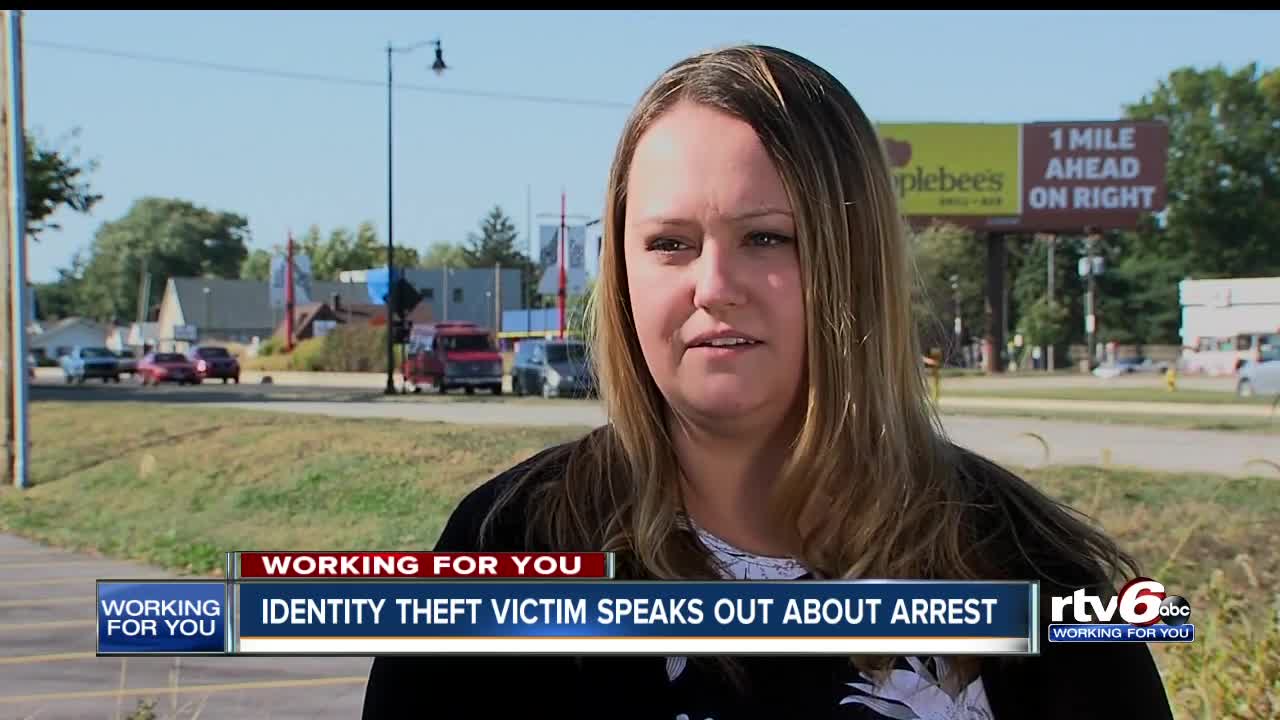 An identity theft victim who was arrested after someone used her ID to test drive a car and not return said she felt she was treated like she was guilty until she proved she was innocent.

SPEEDWAY — When Kristen Parr's wallet was stolen in February, she got her first taste of identity theft.

"I got a text from Chase for fraud alert," Parr said. "Somebody was attempting to use my card for $118."

Since then, twice someone used her ID to take a car for a test drive and steal it, but because Parr has filed police reports about her stolen wallet and ID, law enforcement has been able to clear her of any wrongdoing with little inconvenience to Parr.

"And then, here I am getting this paper in the mail that there's a warrant for my arrest," she said.

That was last month when, for the third time, someone stole a car from a dealership using Parr's ID, this time in Greenfield.

"I didn't know what to do," she said. "I called them. I called the Greenfield Police Department."

When RTV6 reported a follow-up to this story last Monday, Greenfield Police Chief Jeff Rasche said Parr never called. However, Parr provided phone records this week proving she did, and in a text message, Rasche confirmed they determined an officer did call Parr back the night she was eventually arrested.

"I felt like I was guilty until I proved that I was innocent," Parr said.

Parr said she was treated like a criminal from the moment she talked to police.

"Nobody took time to look at anything that I've had for eight months," Parr said. "I have all these papers to prove, but still I sat four days in jail because of a festival and something that somebody else did."

The day after her arrest was Riley Days, a festival in Hancock County that closed all government offices. That meant Parr didn't get a court date until the following Monday.

"I'm resentful that I called to try to clear my name and do the right thing, and still they decided to serve a warrant on a weekend they knew I wasn't going to get out," Parr said.

After RTV6 got involved and started to reach out to Greenfield police on Parr's second night in jail, she said a guard told her a detective was going to talk to her, but he never showed up.

"So they came and got me Friday and said I would be talking to the detective, and then just left me there all weekend," Parr said.

All charges were dropped against Parr when she finally got her day in court four days later. Rasche said the department will continue to investigate the case this week and don't believe Parr had any involvement in the crime. He said he plans to sit down with Parr at some point in the future to conclude the investigation.

Parr confirmed her lawyer is working on that, but no date has been set. She said she is still trying to figure out what she needs to do to make sure this arrest is wiped from her record.

"I don't know what to do if this happens again, but I live in fear every day of my life that I've been out," Parr said. "It's definitely changed my life forever. I don't feel the same. I feel violated like I was placed in jail and treated like a criminal for something I didn't do."