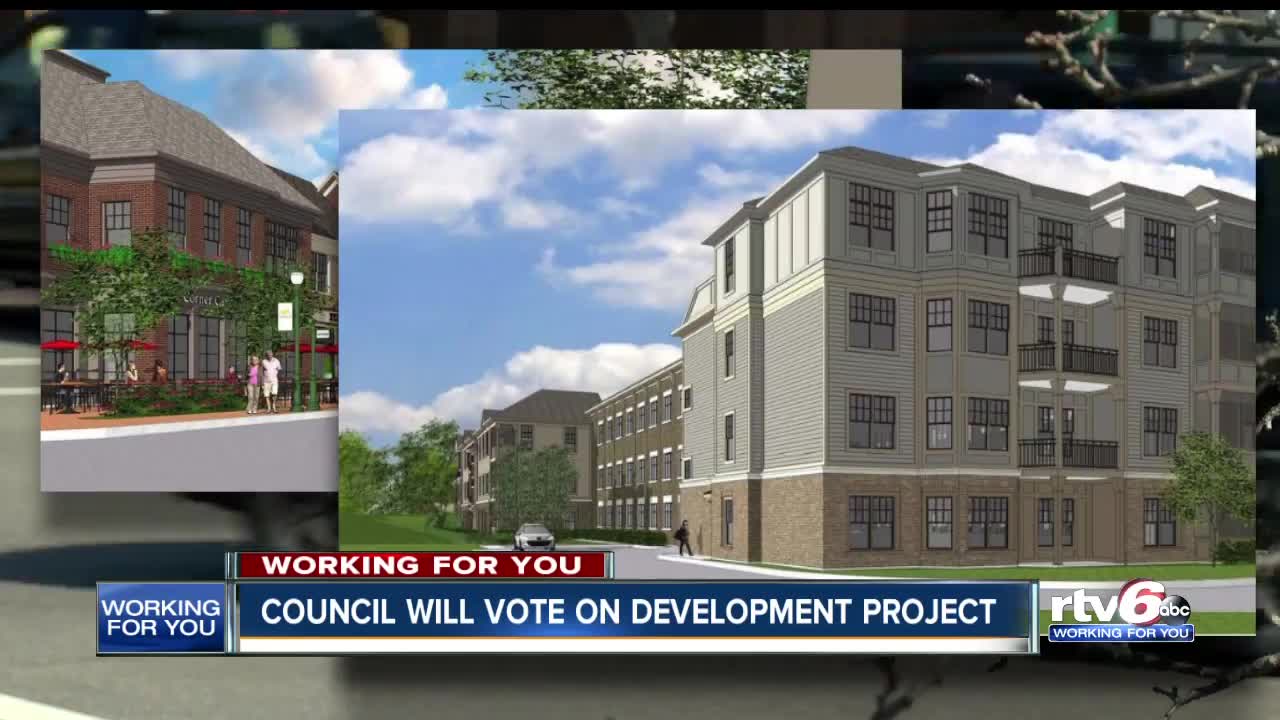 Zionsville council to vote on development project on Monday.

ZIONSVILLE — The town of Zionsville faces a crucial vote on Monday that could change the face of its downtown area.

A previous vote on rezoning for a $40 million apartment complex and commercial development ended in a three to three tie.

In the video player above, you can see the artist renderings of the Sycamore Flats development. It promises 184 apartments and some commercial development. But in order for it to happen, the JC Hart company is asking the town council to rezone 4.3 acres of land from the village business district designation, to facilitate the $40 million project.

"We aren't anti-development, we aren't anti-apartment. But this would increase our village community by 30 percent," Heather Lusker, a Zionsville resident said. "We only have 600 homes right here in the village. The traffic it would cause, the, certainly, the number of people it would create would certainly be challenging for this community."

Many people in the village have placed signs in their yards stating their opposition to the project. They have gone so far as creating their own replica of what it would look like, to bolster their case against it.

The owner of Bub's Restaurant, however, welcomes the development.

If approved, the project would be built on the southwest corner of Sycamore and Second Streets. That location has doubters.

The hearing is slated for 7 p.m. at the Zionsville Town Hall. There is keen interest, and seats are predicted to fill up quickly.