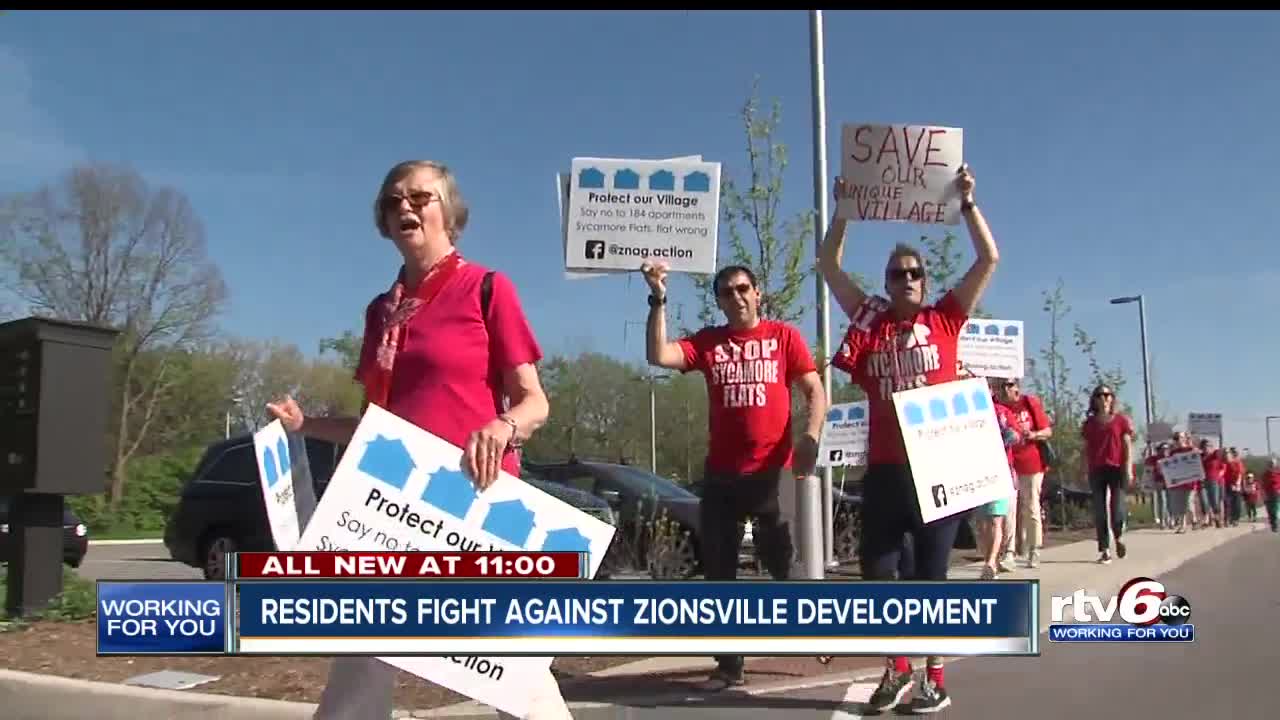 A vote on a proposed development in Zionsville ended in a 3-3 tie Monday, and will be brought back to the council on June 3.

ZIONSVILLE — It was a night filled with enthusiasm and ended in mixed emotions for dozens of Zionsville residents who were trying to stop the rezoning of a property near downtown where a developer wants to build apartments.

Residents carried their concerns in front of the Zionsville Town Council. They said the development is not in the character of Zionsville, and they're worried about traffic and scale. The building is proposed at four stories tall, though an attorney for the developer said some of the height of the building would be hidden by a sloping that occurs in the parcel.

Residents weren't buying any of it and asked the council to kill the rezoning.

""This is something that is totally new," John Towsly said. "We're afraid that it's going to change the character of the village, and also I'd note it's located on a street that is in one case only one lane wide."

After hours of debate, the town council voted and ended in a 3-3 tie. One council memeber was missing Monday, so that means the proposal has not ended. It has been tabled and will be brought back again before the council on June 3.

There will not be more public comment, and the developer will not be heard again. At that point, all seven members of the town council will decide if the proposal passes for fails.