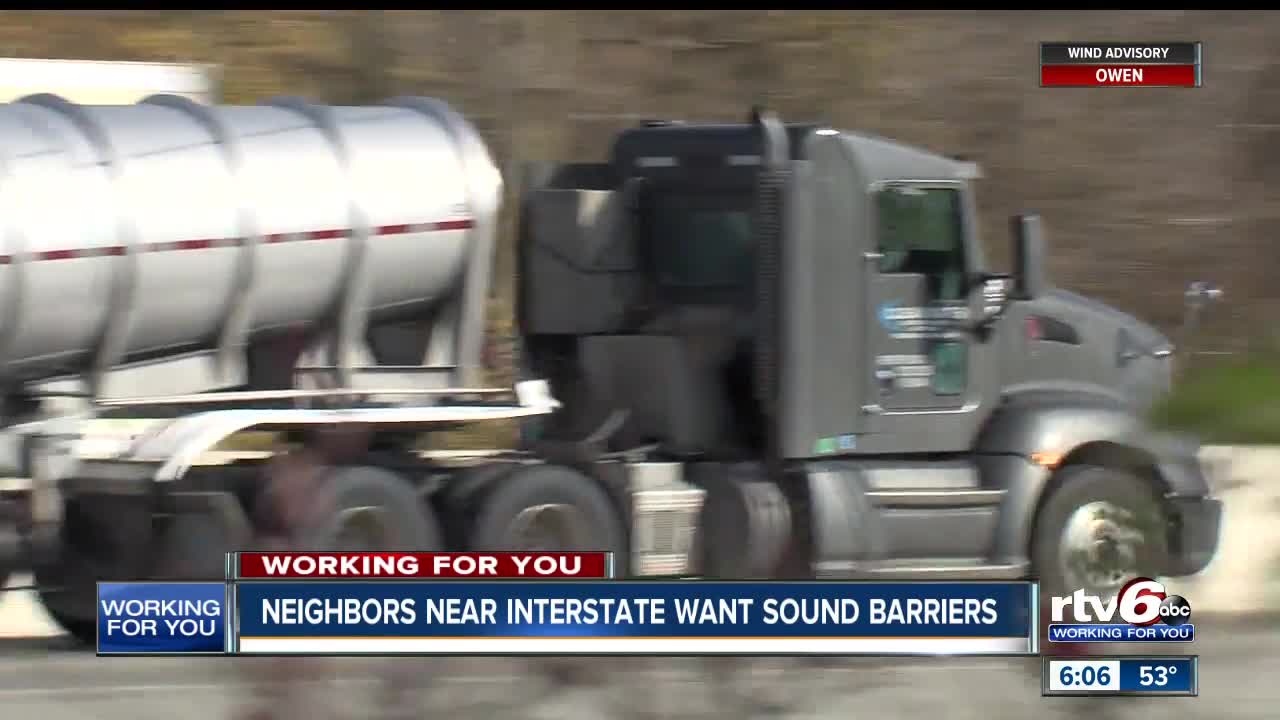 As new businesses and more traffic comes to Zionsville, some residents are asking the state to build a sound barrier wall on Interstate 65 near their homes.

INDIANAPOLIS — As new businesses and more traffic comes to Zionsville, some residents are asking the state to build a sound barrier wall on Interstate 65 near their homes.

Some residents, like Jeff Oilar, say the sound is so loud sometimes he has problems sleeping.

"It's so loud that sometimes it affects when I'm trying to sleep at night so I have to actually sleep in a back bedroom," Oilar said. "I can't sleep in the regular master bedroom because of the noise."

Residents who live in the Royal Run neighborhood on State Road 267 say part of the neighborhood backs up up to I-65.

"The influx of people moving in and there's tons of new businesses, there's new housing developments," Oilar said. "I think part of the issue is there's just a lot more for traffic and a lot more people. And because of that there's a lot more noise from the highway."

Mallory Duncan, director of communications for the Indiana Department of Transportation, says a traffic noise analysis was competed in December 2017 to build a new interchange. INDOT determined no areas qualifed for noise barriers.

INDOT says the following are some of the factors they consider:

If you think you're getting excess noise from the interstate, you can submit a request on INDOT's website.