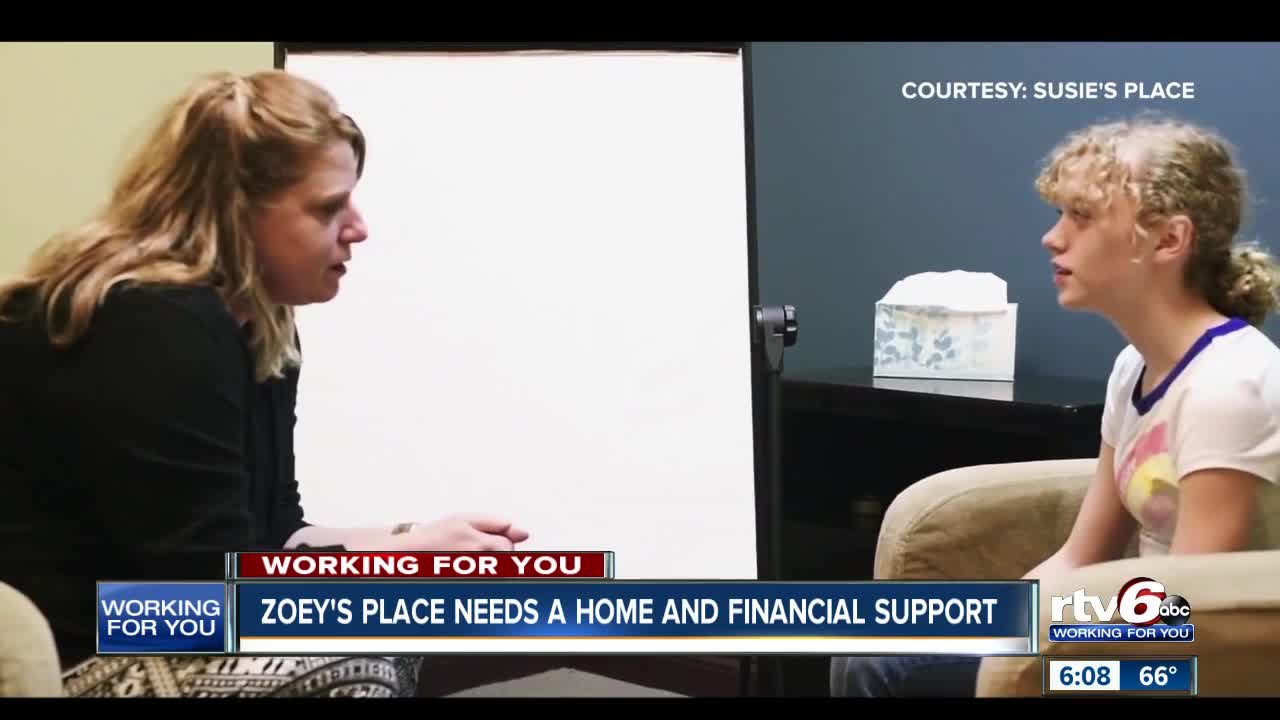 HANCOCK CO. — A safe haven for child abuse victims and child witnesses is being created in Hancock County. The child advocacy center is in response to more child abuse cases and the need to find the best gathering place for evidence.

Child abuse is on the rise in Hancock County, with the latest figures from 2017 documenting nearly 1,600 cases of abuse.

1-year-old Zoey Waggoner was killed in 2015. Her parents Matthew and Jessica Waggoner were convicted of the murder and neglect. Authorities documented at least 50 injuries on her body.

The new child advocacy center would be called "Zoey's Place" in her memory.

Zoey's Place does not have a location yet. The board is looking for the right venue but can say that it definitely will not be a police station or jail.

"I try to put myself in their shoes, that is where bad people go. When caregivers tell that child that they have to come to a police department and disclose those details - I can only imagine what they are thinking," Bridget Foy, Zoey's Place President, said. "That's probably not a very comfortable feeling for them."

"It is child-friendly. It is not a scary place. They are greeted by very friendly people," Anna Cope, a forensic interviewer, said. "They are then interviewed by someone who has been specially trained in interviewing children."

Many in the community support the Zoey's Place concept.

There will be a fundraiser at Culver's restaurant in Greenfield April 16 to raise money for Zoey's Place. A percentage of the proceeds between 5 p.m. and 8 p.m. will go to the cause.