Working Together: Indianapolis landlord assures tenants they will not be evicted during pandemic 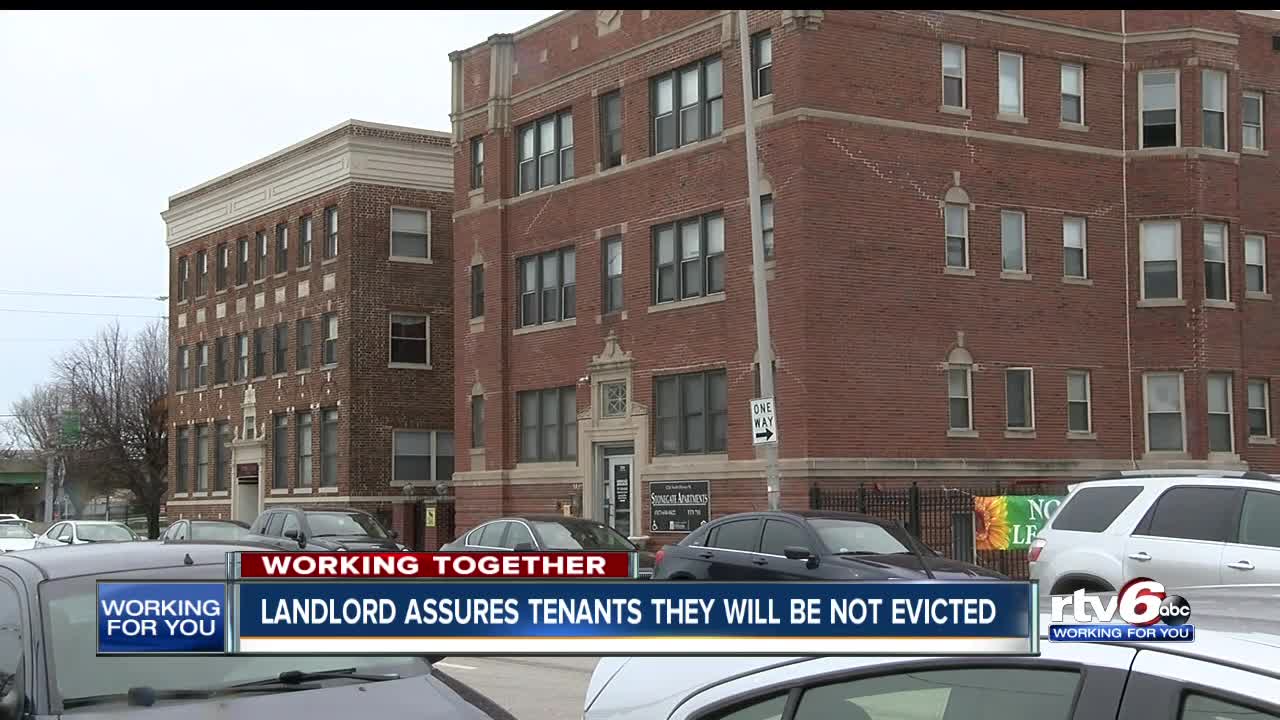 In the midst of the COVID-19 pandemic, people are reaching out to their neighbors and some apartment landlords are helping their tenants get through tough times.

Working Together is a new WRTV initiative that focuses on telling impactful stories highlighting the wide range of cultures, areas and people that make central Indiana the place that it is. Through our Working Together initiative, we will share the stories of our communities and carry their voices forward. We’re Working for You by Working Together.

INDIANAPOLIS — In the midst of the COVID-19 pandemic, people are reaching out to their neighbors and some apartment landlords are helping their tenants get through tough times.

Doug Huntley, who owns Victoria Apartments in Indianapolis, is doing what he says is the right thing to help people.

"A lot of people were stressed a lot of people were talking about losing their jobs temporarily or permanently so I was laying in bed the other night, and I though let's have a statement to everyone that says were not going to evict anybody in a time of crisis for an inability to pay their rent," Huntley said.

Since Huntley posted the statement Tuesday on Facebook, he says the response from residents has been really nice.

"We are supposed to shelter in place," Huntley said. "That is hard to do if you don't have a place."

This is something he has never done since he bought the property in 1995.

"It's scary for property owners, too," Huntley said. "We have utilities and mortgages coming due but we are all going to have to sacrifice a bit."